Jackie Gingrich Cushman
|
Posted: Nov 08, 2018 12:01 AM
Share   Tweet
The opinions expressed by columnists are their own and do not necessarily represent the views of Townhall.com. 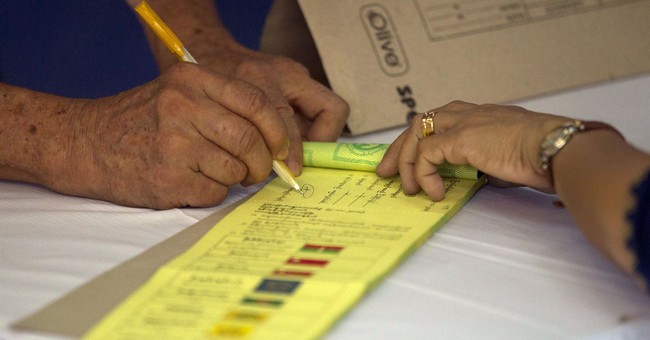 Nationwide, there are massive sighs of relief that the midterms are over and election ads, flyers and robocalls will stop, at least in the short term. After a deluge of money put into races across the country -- leading to various marketing, advertisements and get-out-the-vote programs -- we can return to our normal lives.

For President Donald Trump, he can take pride that his incredibly busy campaign rally schedule made a difference. The Republicans maintained control of the Senate and even picked up two seats.

As for governors races, there are a few very important, telling ones. In Florida, another nationally highlighted race, Republican Ron DeSantis beat Democrat Andrew Gillum. DeSantis was backed by Trump and tied himself closely to the administration. Gillum ran a very progressive identity-based campaign. In Georgia, Republican Brian Kemp is poised to win over Democrat Stacey Abrams. The race is still too close to call, but in a worst-case scenario for Kemp, the election would move into a runoff if he drops below 50 percent. Abrams also ran a very progressive identity-based campaign. In Ohio, where Republican Gov. John Kasich was term-limited, Republican Mike DeWine beat Democrat Richard Cordray.

The House of Representatives flipped, as expected, to the Democrats, but based on current results, with a smaller majority than they were probably anticipating. For reference, Obama lost 63 Democratic seats in the House during his first midterm. To gain control of the House this year, the Democrats needed to pick up 23 seats.

This result is less of a wave than it is a restoration of balance. Remember, the party of the president normally loses seats in midterm elections. Maybe it's a way for voters across the country to balance power in Washington: If one side has the presidency, then the other gains more power in the legislature.

So what will the Democratic House representatives do? They have a choice: They can legislate or investigate. Rep. Nancy Pelosi, D-Calif., will run for speaker. My guess is she will focus on investigating President Trump, so look for subpoenas and hearing upon hearing about whatever they think can of. These investigations will be conducted to inflict maximum political damage on the president. Other priorities for legislation will be changing the immigration laws and establishing government-controlled health care.

Will Pelosi reach across the aisle in an attempt to get legislation passed, or will she stick to her caucus? Will she declare victory as legislation passes out of the House, or will she consider it a win only if the Senate also passes the legislation and the president signs it into law? If she chooses the latter, then she will need to include Republican input and support.

If Pelosi decides to spend her time investigating the president, then the White House will be forced to play defense a good bit of the time, dealing with political issues rather than legislative progress. Look for long hours and late nights in the White House.

Remember, too, that, under the U.S. Constitution, the House of Representatives can bring up articles of impeachment. If passed, the allegations of "high crimes and misdemeanors" are then weighed by the Senate, which tries the case to determine whether to convict. The House of Representatives impeached Presidents Andrew Johnson and Bill Clinton; the Senate acquitted them.

While the advertisements, flyers and robocalls may be done for now, the political investigative drama show is about to begin. Unless, of course, Pelosi decides to legislate with the goal of working with Republicans to not only pass legislation out of the House but out of the Senate and signed into law. But don't hold your breath. Based on history, my guess is she will decide to investigate rather than legislate.