The Speed of Politics

Jackie Gingrich Cushman
|
Posted: Sep 27, 2018 12:01 AM
Share   Tweet
The opinions expressed by columnists are their own and do not necessarily represent the views of Townhall.com. 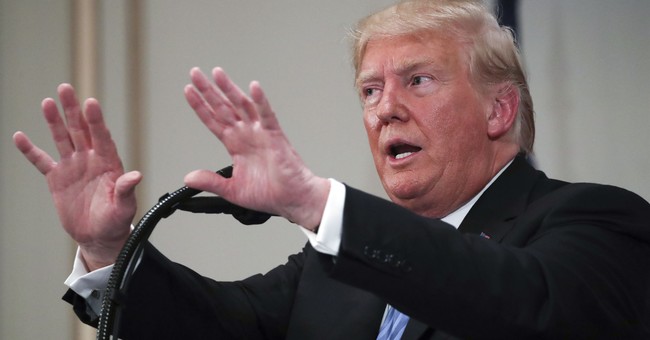 As Election Day gets closer, the speed of politics increases exponentially. With a little over a month to go, it is warp speed ahead. Let's just review the last week:

In a New York Times article titled "The Plot to Subvert an Election," by Scott Shane and Mark Mazzetti, the authors acknowledged: "Mr. Trump's frustration with the Russian investigation is not surprising. He is right that no public evidence has emerged showing that his campaign conspired with Russia in the election interference or accepted Russian money."

This topic has worn thin on the public at large, and without overwhelming new information, is of little interest.

The Senate confirmation process of Brett Kavanaugh for Supreme Court justice has become a national spectacle. Accusations that the nominee engaged in improper conduct while he was in high school and college have led much of the left and the press to ditch due process and presume guilt for the accused. It's a bit ironic that the Supreme Court justice nominee would not be presumed innocent until proven guilty.

As the Democrats scream louder, the Republicans gain ground.

The increase is driven by more "positive views of Republicans, including independents who lean toward the party. The percentage of Republicans and leaners with favorable views of their party grew from 67 percent last September to 85 percent now." This is great news for Republicans, as higher favorability will promote turnout for the midterms.

More good news for Republicans on Tuesday: "US Consumer Confidence Rises to 18-Year High in September," wrote Paul Wiseman, an Associated Press economics writer. "The Conference Board, a business research organization, says its consumer confidence index climbed to 138.4 in September from 134.7 in August. This month's reading was the highest since September 2000."

Tuesday, President Donald Trump addressed the United Nations General Assembly. The media highlighted spontaneous laughter in response to Trump's opening, during which he said, "In less than two years, my administration has accomplished more than almost any administration in the history of our country."

What the media did not focus on was Trump's clarity regarding our country's sovereignty, the sovereignty of other countries or his respectfulness toward other countries and their leaders. Trump was clearly at ease, in command and took the laughter in stride while continuing.

The accomplishments include a booming economy, stock market highs, new jobs and a jobless claim low, the "biggest tax cuts and reforms in American history, ... construction of a major border wall, ... secured record funding for our military." What's more, "African American, Hispanic American and Asian American unemployment have all achieved their lowest levels ever recorded."

Regarding immigration, Trump provided a clear long-term view -- a view that those who are for unlimited refugees or unfettered immigration are either ignoring or don't understand. "The most compassionate policy is to place refugees as close to their homes as possible to ease their eventual return to be part of the rebuilding process," Trump said. "Ultimately, the only long-term solution to the migration crisis is to help people build more hopeful futures in their home countries. Make their countries great again."

Trump clearly pushed back on globalism: "America will always act in our national interest ... We will never surrender America's sovereignty to an unelected, unaccountable, global bureaucracy. America is governed by Americans. We reject the ideology of globalism, and we embrace the doctrine of patriotism."

While Obama attempted to put other nations at ease by reducing the status of America (remember his apology tour), Trump raised the status of other nations by acknowledging their worth. Each has a "distinct culture, a rich history and a people bound together by ties of memory, tradition and the values that make our homelands like nowhere else on Earth," he said. "The whole world is richer, humanity is better, because of this beautiful constellation of nations, each very special, each very unique and each shining brightly in its part of the world."

Trump's speech reminds us of why we are proud to be Americans, while also acknowledging that others are proud of their nations, and that's how it should be.

With the increasing favorability of the Republican Party, the improving economy and economic expectations and a strong national security stance -- it will be interesting to see if, like his election in 2016, Trump and the Republican Party can pull off the unexpected and keep the House and Senate.

It's not over until all the votes are counted -- hold on to your seats.