The Stories We Tell

Jackie Gingrich Cushman
|
Posted: Aug 09, 2018 12:01 AM
Share   Tweet
The opinions expressed by columnists are their own and do not necessarily represent the views of Townhall.com. 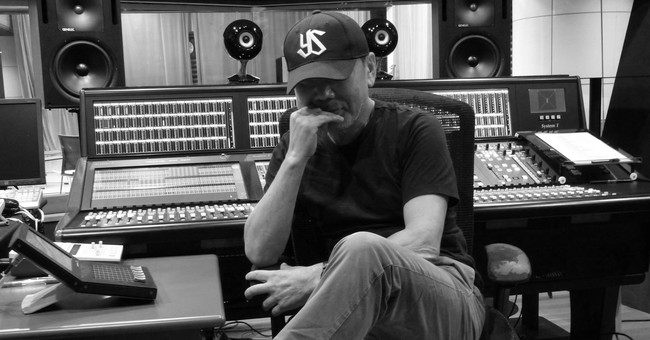 Every day we tell ourselves stories... stories about why we do what we do and stories about why others do what they do. Stories are important not just for simple entertainment, but also for education and indoctrination. What we believe happened in the past influences our present and helps create our future. The best stories contain not only a moral, where good triumphs over evil, but they engage us intellectually and emotionally so they are memorable.

"Stories impose meaning on the chaos," Jim Loehr wrote in "The Power of Story: Rewrite Your Destiny in Business and in Life." To help us understand the world around us, stories "organize and give context to our sensory experiences. ... Facts are meaningless until you create a story around them. ... A story is our creation of a reality; indeed our story matters more than what actually happened," Loehr concluded.

What's true for individuals is also true for organizations and countries. A quick survey of news media, television and social media provides different views and different perspectives on our country. While the United States is not perfect (nor is any country), the survey raises the question, what is the best way to improve our country?

Let's look at the research. According to "Generative Metaphor Intervention: A New Approach for Working with Systems Divided by Conflict and Caught in Defensive Perception" by Frank J. Barrett and David L. Cooperrider published in "The Journal of Applied Behavioral Science," May 1, 1990, focusing on problems can make the problems larger. When managers were asked "why they see one another as troublesome or problematic... the belief is actually strengthened. Therefore, if one were to say one sees a co-worker as crabby and unapproachable because the co-worker is selfish, moody, and insecure the chances would be greater that, merely because one formed and articulated this causal explanation, one's belief about the co-worker would be stronger. One becomes even more convinced that the co-worker is selfish, moody, and insecure."

Beliefs shape reality, as do the stories we tell ourselves. So, if we continually tell ourselves that the other side is horrible, racist, sexist, whatever -- we will cement our beliefs about them.

In "The Power of Appreciation," posted on the CFA Institute website, CFA Jim Ware writes that "appreciation is a powerful cultural tool for positive change." While some organizations focus on what is wrong and how to fix it, Ware argues that appreciation is a more successful way to create organizations that work better. "The big differentiator is the focus of attention. Traditional problem solving homes in on the defects, on what's wrong. Appreciative inquiry focuses on the successes, on what's right." Ware continues, "the research is clear: What you focus on grows. So, if you focus on problems, they get bigger!"

Ware concludes, "We use a different approach -- the appreciative one -- with good results. ... You won't help a team perform better by criticizing them. And you won't help an individual raise their game by dwelling on their flaws."

But we do dwell on our nation's flaws. It's not to say that we should take a Pollyannish view, but if we focus on what is good and right, then the positive can grow rather than the negative.

Companies are venturing into storytelling as a way to create culture and connection. In an interview with Matt McCue for the story "Does Your Company Need a Chief Storyteller?", Microsoft Chief Storyteller Steve Clayton talked about company stories that work, noting that the focus of such stories "is much more around people, than it is around products." His test? "Does the story make me feel proud to work for the company? Is it likely that other people who in the company will feel proud to share that story in their professional networks?"

It's easy to focus on the negative; it's harder to search out and magnify the positive. Try it yourself for a few days, notice what you focus on and what the media you ingest focus on. Is it mainly positive or negative? Does is make you a better person or lift up the organization or country?

What we need it a Chief National Storyteller -- one who focuses on the people in the country and their work. The final bar: do those stories make us proud to be Americans and do they incentivize us to share our own stories?