Jackie Gingrich Cushman
|
Posted: Oct 12, 2017 12:01 AM
Share   Tweet
The opinions expressed by columnists are their own and do not necessarily represent the views of Townhall.com. 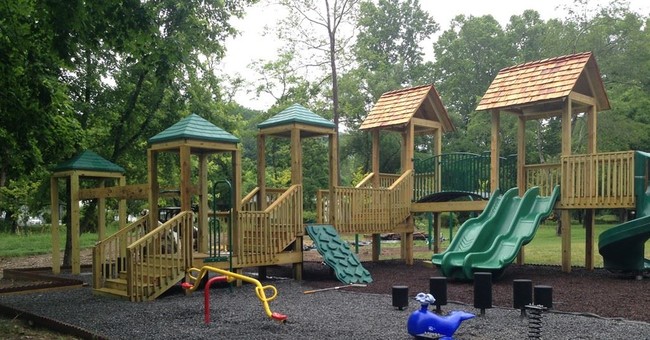 This week, our oldest child Maggie turns 18. She and I traveled together this past week visiting potential colleges. Next year she will be out of the house and enrolled in college. I can't help but pause and reflect.

Way back in 1999, my husband Jimmy and I were thrilled to welcome her. I had previously suffered a miscarriage, along with all the heartbreak, tears and uncertainty that went with it. It took weekly blood tests to ensure that my progesterone was in the right range, but it worked.

My labor began in the middle of the night. Having heard that the first labor could take hours, I watched the movie "Rooster Cogburn" starring Katherine Hepburn and John Wayne to pass the time.

Around sunrise, I roused my husband and forced him to walk with me through the neighborhood. (He would have preferred a trip straight to the hospital.) We eventually made it through labor and the arrival of Maggie.

During her birth, she aspirated meconium and had to be moved to another room for breathing treatments. Her father quickly followed, making sure she was safe.

Our journey as parents had begun.

When the three of us arrived home the following day, Jimmy and I wanted time just to be together. What we didn't realize was that a newborn could cry an entire night -- for no apparent reason. Sleep deprivation set in and the days ran together. There were days when I never got dressed, never took a shower. We adjusted our schedules to accommodate Maggie's feedings and her sleep.

Dropping her off at childcare was harder on me than on her. I stood at the door and listened to her cry for me -- sure that my heart was going to break. Eventually, she would stop crying. I would peak into the room and see her playing with the other children, and off I would go. Still, my mind remained focused on her crying -- even though she had moved on and was having fun.

Less than two years later, we had a son, Robert. During my 18 years as a mother, I've taken them both to hospitals, school, church, camps, and restaurants. I've lain awake wondering if they were OK, and slept next to them while they were sick... Just in case.

Jimmy and I read to them nightly, bought them books and encouraged their learning. While I have no doubt that I have been, and remain a less-than-perfect parent, I was encouraged by an article published this week by Bigthink.com, "5 Key Findings from the Longest-Running Study on Human Development," by Philip Perry. It reported on a study launched in 1946, which continues today, and is "the longest running study on human development in the world." (The National Survey of Health and Development, with data collection run in Britain by the Medical Research Council).

Perry concludes that "Parents are the most important aspect when it comes to childhood cognitive development, education outcomes, and occupational success. Early experiences, particularly in the first few years, are crucial and in a way they set the tone for a child's life. Throughout a child's life, parents should remain engaged and interested in them and what they're doing... [parents] who talk often with their child, really listen to them, and who are warm and loving toward them, see their offspring perform better and achieve higher scholastic and occupational outcomes."

It's great when time invested makes a difference.

For me, these 18 years have not been all about my children. I have written two books, worked as a columnist, served as a volunteer on non-profit boards, consulted, served on corporate boards and spent time on continuing education. But what has struck me most is that it seemed that whatever stage they were in at any given time would last forever. Alas, (and thank goodness), nothing lasts forever, it just seems like it does. The lesson for me was this: enjoy the time you have with them -- it will pass all too fast.

My eldest's next phase is college, which I embarked on 33 years ago. Each time I left my mother's house in Carrollton, Ga., she would stand in her driveway and wave as tears pooled in her eyes, glad to have spent time with me, but encouraging me to go out and participate in the wider world.