Wow, What a Change in Direction

Jackie Gingrich Cushman
|
Posted: Dec 08, 2016 12:01 AM
Share   Tweet
The opinions expressed by columnists are their own and do not necessarily represent the views of Townhall.com. 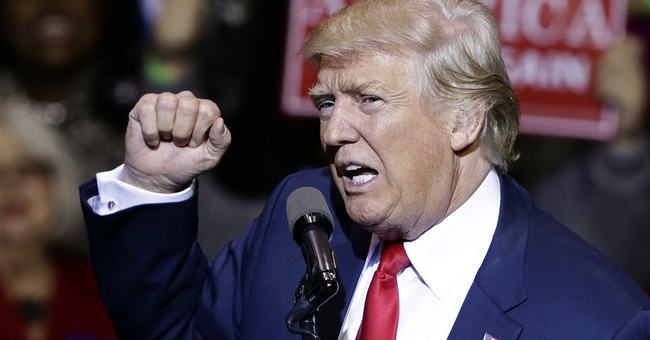 Reality has set in, Hillary Clinton is (mostly) out of the news and President-Elect Donald Trump has been named Time Magazine's man of the year. Ignore the snarky line labeling him " the President-elect of the divided States of America."

What a difference a month and an election make!

Stocks are up, business creation is celebrated, America is in vogue and the president-elect is on a thank you tour rather than an apology tour.

Since the election, the stock market (based on the Dow Jones Industrial Average as of December 6) has risen more than 5 percent. Stock prices are a reflection of beliefs regarding a firm's future performance, but they are also driven by predictions. The election of Trump brings with it the potential for lower corporate taxes and less regulation -- both of which make stocks more attractive. In addition, the election of a businessman (who made his money in real estate rather than industry) brings with it the potential, once again, to encourage and promote those individuals who create companies, jobs and business.

This shift toward individuals differs markedly from Obama's focus on the importance of collective, government action. As a reminder, Obama gave a speech on July 13, 2012, in Roanoke, Virginia, where he said, "If you've got a business, you didn't build that. Somebody else made that happen."

While Obama was referring to roads and bridges, which are funded by government, his overall message was that businesspeople don't build the economy, the government does.

This week, in contrast to Obama's 2009 apology tour to the Middle East, (which included Egypt, Saudi Arabia, Turkey and Iraq, while skipping Israel, our strongest ally in the region), Trump and his vice-president elect, Mike Pence, are in the middle of a thank you tour in the United States; visiting Ohio, North Carolina, Iowa and Michigan.

Internationally, there are signs of rapid change. Germany, which has recently had a rather open-door policy toward migration of people from the war-torn Middle East, is beginning to tighten its rules and change its language.

"Her comments also came as German social media buzzed following the arrests of two asylum seekers in five days in connection with three sexual assaults, including the brutal rape and murder of a 19-year-old medical student in the picturesque southern city of Freiburg. Right-wing politicians are openly blaming Merkel's policy for what they decry as a migrant-fueled crime wave."

Merkel took a clear and tough stance regarding the veils, "We don't want any parallel societies...our law takes precedence before tribal rules, codes of honor and sharia."

As I wrote last week, there was a stark contrast in how Trump and Obama responded to the death of Fidel Castro. President Obama's statement was without emotion, worded not to offend anyone, (except those who had endured hours under Castro), and did not acknowledge the horrors that Fidel Castro and his brother Raul inflicted on the Cuban people.

Trump's words provided a more direct, emotional statement on the death of Fidel Castro. "Today, the world marks the passing of a brutal dictator who oppressed his own people for nearly six decades," he said.

The small business people whom I have talked to since the election are thrilled at the prospect of less business regulation and changes to health care policies. Small business has been in decline for decades and needs reviving. According to the Commerce Department, 16 percent of private U.S. firms were less than a year old in 1977. By 2014, that figure had been cut in half.

During that same time frame, the percentage of U.S. workers who work at new firms fell from almost 6 percent in 1977 to 2.1 percent in 2014. It will be interesting to see if enthusiasm from the election translates into more overall activity, more small businesses, more hiring and more productivity in the economy.

It's only been a month since he won the election, and he has not yet taken office, but President-elect Donald Trump has already made himself a force, politically, socially and financially.