It's All in the Emails

Jackie Gingrich Cushman
|
Posted: Nov 03, 2016 12:01 AM
Share   Tweet
The opinions expressed by columnists are their own and do not necessarily represent the views of Townhall.com. 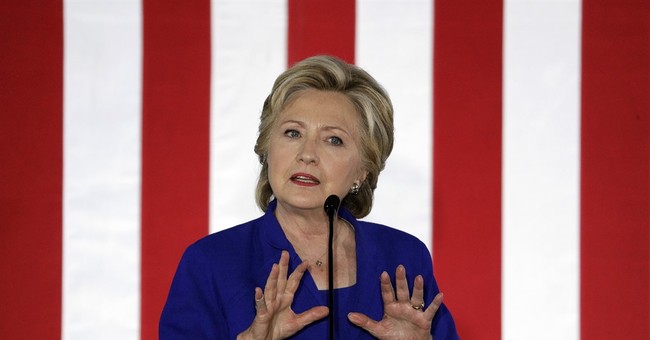 It's less than a week before the election, and many of us are continuing to count down the days until this seemingly never-ending campaign is over. As the days dwindle, the chaos and carnage of the campaigns have seemingly accelerated. The race coverage has taken on a frenzied and frantic quality, which will accelerate and intensify until all the votes are counted (and possibly recounted) and the election is complete.

I'm exhausted, you're probably exhausted, and the campaigns are running on adrenaline, but we are not quite done.

These past few days, new revelations have come to light. FBI Director James Comey sent a letter to Congress Friday to notify them that FBI agents had "learned of the existence of emails that appear to be pertinent to the investigation" of Secretary Clinton's personal email server.

On Monday, due to a new dump of emails from WikiLeaks, it came to light that Donna Brazile, current interim Democratic National Committee Chair (who was at that time a CNN commentator), had emailed Clinton campaign chair John D. Podesta and Clinton Campaign Communications Director Jennifer Palmieri during the Democratic nomination process information to give Clinton a leg up during her debate with Bernie Sanders.

The subject line, "One of the questions directed to HRC tomorrow is from a woman with a rash." At the next Democratic primary debate, both Clinton and Sanders were asked a similar question. At the time of the email, Debbie Wasserman Schultz was the DNC chair.

Wasserman Schultz resigned in July after leaked emails showed that top DNC operatives worked to ensure that Sanders failed at his bid to become the Democratic nominee.

It will be interesting to see if Brazile resigns as well, or if the fact that she too was working to secure Clinton the nomination will be glossed over due to the tight timing of the general election. Brazile and CNN have severed ties.

In response, the Clinton campaign is attacking Comey for his timing and noting that Brazile's emails were hacked. Attacking the FBI might not be the best way to persuade the public that your candidate is worthy of their votes. And the Clinton campaign's response that the emails were private amounts does not address the issue -- that the former first lady's campaign sought to rig the primary process.

So where are we now? We are down to the voters. The question boils down to this: who will actually go out, take the time and vote in the 2016 election.

Three states show up on both lists: Nevada, North Carolina and New Hampshire. The voters in these states will be bombarded with advertisements and commercials from now until Election Day. All four are in the eastern time zone, but the counting in these states might last until late on election night.

Though new November surprises might follow this week's, the election will likely come down to a few states and the voting (and recount) might not be in until the next morning.

More than a year ago, during the first Democratic debate, Sanders said people were sick of hearing about Clinton's "damn emails." My guess is that Sanders might have a different response if he knew then what we know now.