To Change, or Not to Change

Jackie Gingrich Cushman
|
Posted: Oct 13, 2016 1:54 PM
Share   Tweet
The opinions expressed by columnists are their own and do not necessarily represent the views of Townhall.com. 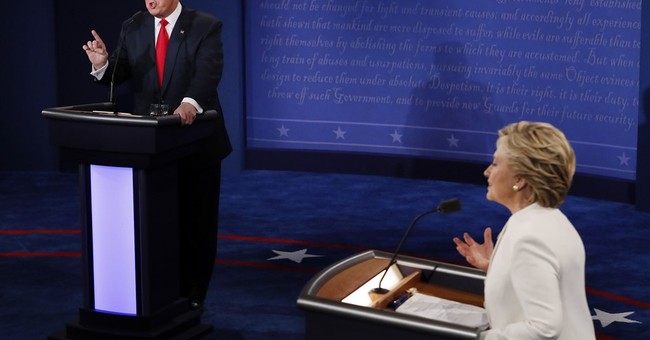 The good news is that the presidential election is less than a month away. The bad news is that the onslaught of negative campaigning will continue until then. This past week, in conversations with friends and family, the one item that Democrats, Republicans and Independents can agree on is that we can't wait for this election to be over and done. The daily coverage of personality and problems of both major presidential candidates is unrelenting, making the election feel as though it is never-ending.

But end it will.

The question is: How will it end? It will end with the candidate who secures the greatest number of the electoral votes as the new president. It comes down not to total popular votes, but who can win the swing states in play. For each candidate, the path to victory includes generating enthusiasm among the voters who support you (to ensure that they turn out and vote and encourage others to vote), while also deflating the enthusiasm for those who support your opponent.

Usually, in open-seat elections (when the current president is not running) both candidates focus on their versions of a positive agenda for America and the voters vote for the candidate who best represents their views or their hopes and dreams for the country. Candidate Barack Obama did this in 2008 and connected to the majority of the voters when he talked about "Hope" and "Change."

This year, the campaign is very different. The democratic nominee, former Secretary of State Hillary Clinton, and the Republican nominee, Donald Trump, are both focusing in large part on how terrible and unfit the opponent is to serve as president.

The largest reason given by Trump voters for voting for him (28 percent), according to a recent Gallup poll, is that he is not Hillary Clinton.

The top reason Clinton voters are for voting for her? "Qualifications/experience" (31 percent), closely followed by "negative assessment of opponent" (28 percent).

Why are over a quarter of voters on both sides voting against a candidate rather than for a candidate? "Trump voters are most likely to cite their lack of trust in Clinton," according to Gallup. "This is followed by their dislike of her, their determination to vote against her and their decision to vote for Trump as the 'lesser of two evils.'

"Clinton voters are a bit more likely to give the 'lesser of two evils' response, followed by saying that they dislike Trump and that he doesn't have the temperament to be president."

So what makes up the gap for Trump? Change. For those who support Trump, 9 percent cite "change" as the reason they are voting for him. For Clinton, this category is zero.

While not all polls clearly layout the choices in front of the voters, this one did. For those voters who would prefer to keep things as they are in the country, Clinton is the candidate of choice. For those who would prefer "change," the answer is Trump.

The remaining question is who will turn out more supporters to vote: Clinton or Trump? Both candidates appear to have adopted a strategy of suppressing the voters of the other candidate. The thought behind the strategy seems to be, "While the voters might not vote for me, if they decide that they cannot vote for the other candidate, maybe they will not vote at all, and I'll be able to win the majority of those who decide to vote."

This election, it's about the less-worse choice. If Trump can focus on his theme of change, he might be able to generate the enthusiasm he needs to close the deal.