Jackie Gingrich Cushman
|
Posted: Apr 28, 2016 12:01 AM
Share   Tweet
The opinions expressed by columnists are their own and do not necessarily represent the views of Townhall.com. 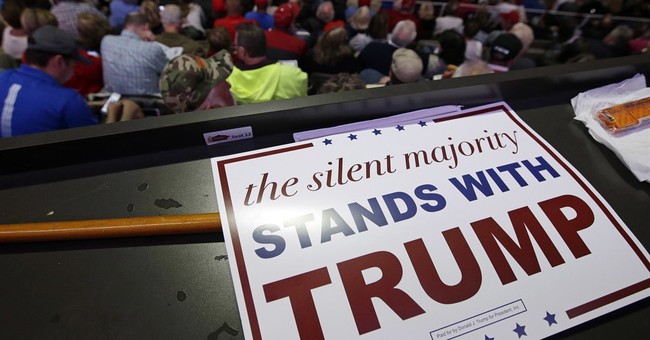 Donald Trump's commanding win this week of all five of the Republican primaries provides him with enormous momentum for the final six weeks of the nomination process. For weeks, Trump detractors have opined that there was a ceiling for Trump support, and that he could not garner a majority (50 percent).

Well, they were wrong -- once again.

CNN reported on Wednesday morning that Trump won 58 percent of the vote in Connecticut, 61 percent in Delaware, 54 percent in Maryland, 57 percent in Pennsylvania, and 64 percent in Rhode Island. These are commanding wins for Trump. A clear Trump Triumph.

With 1,237 delegates needed to win the Republican nomination outright, Trump has 988 after this week's elections. There are 674 delegates remaining to be awarded on the Republican side, Trump needs to capture only 249 of them before the convention, or 37 percent of the remaining delegates. The final primary date is June 7, when voters in California, Montana, New Jersey, New Mexico and South Dakota will go to the polls to determine who wins 303 Republican delegates.

While Trump considers himself the presumptive Republican nominee, he likely will not secure the required delegates until June. But, based on this week's results, he will likely go into the Republican Convention with enough delegates to secure the nomination.

Trump laid out three key themes in his victory speech Tuesday night that hint at his general election strategy.

Theme one: politicians can't accomplish anything, (so elect me, I'm an outsider and can get things done). In referring to his Republican opponents, Trump noted, "Governor Kasich and Senator Cruz have really hurt themselves with a faulty deal that was defaulted on before it even started. Kasich said, 'What do you mean, aren't they going to vote for me in Indiana?' I thought they just made that deal. Politicians, all talk no action, they can't get it done, and they certainly can't straighten out our country. We are going to bring back jobs, take care of our military, so many things."

Note that Trump used their elected titles, Senator and Governor, reinforcing that they are part of the current problem. Look for Trump to also use Senator Clinton or Secretary Clinton in the future.

Theme two: Hillary cannot be trusted, she is a crook, and has accepted money from Wall Street. "I call her crooked Hillary," Trump said. "She would be a horrible president, she knows nothing about job creating...She does nothing about jobs, except jobs for herself...She doesn't have the strength, the stamina."

This point will resonate with the republican base, and with many independents who do not trust Hillary Clinton. The email issues and the Bengazi questions will resurface, as will large donations from Wall Street.

Why is this important? Because, while Hillary declared Tuesday night that she is willing to "play the woman card," younger women may not share her views and Trump might be able to use that to his advantage.

Reporter Kelly Wallace wrote an article for CNN in February titled, "Why the female generational divide for Hillary Clinton?" in which she noted, "Some 64 percent of women Democratic voters younger than 45 backed Bernie Sanders, while just 35 percent supported Clinton, according to a Wall Street Journal/NBC/Marist College poll in New Hampshire last week. When it comes to women 45 and older, Clinton leads Sanders by 9 percentage points, the poll found."

Wallace interviewed young women voters. "'As a young woman who supports Bernie Sanders, I'm frustrated and outraged by being constantly attacked by older feminists for my refusal to vote according to my gender,' said Ariana Javidi, a sophomore studying human rights, economics and gender studies at the University of Connecticut.

"'Like my fellow young feminist women, I recognize that voting for a woman because she's a woman is sexist, just like voting for a man because he's a man is also sexist,'" said Javidi.

As the end to the primary season nears, it's interesting that on both sides, Republican and Democrat, outsiders (Trump and Bernie Sanders) generated enthusiasm and interest among the voters. This week, Trump's cards got stronger. If he ends up running in the general election against Clinton, who has been in politics for decades, his appeal might become terrific.