The Moving Fronts of Presidential Politics

Jackie Gingrich Cushman
|
Posted: Apr 07, 2016 12:01 AM
Share   Tweet
The opinions expressed by columnists are their own and do not necessarily represent the views of Townhall.com. 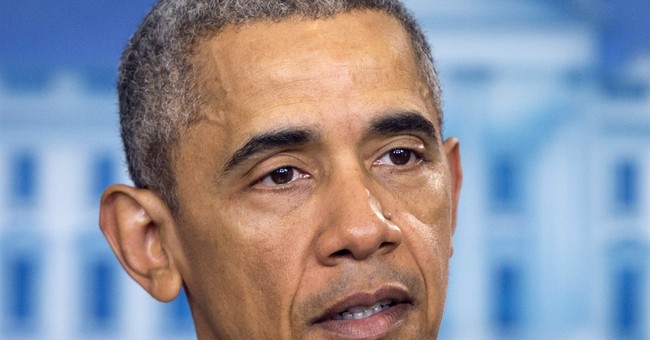 Both the Republican front-runner, Donald Trump, and Democratic front-runner, Hillary Clinton, lost this week's Wisconsin primary to challengers Ted Cruz and Bernie Sanders, respectively. While the potential nominees of both parties focused on gathering momentum and delegates to win the nomination, President Barack Obama focused on fending off both Trump and Cruz ... opening a front against both contenders from the opposing party.

Obama focused his presidential address on the economy and, in particular, on corporate inversions. What are they? "Simply put, in layman's terms, it's when big corporations acquire small companies, and then change their address to another country on paper in order to get out of paying their fair share of taxes here at home," Obama said. "As a practical matter, they keep most of their actual business here in the United States because they benefit from American infrastructure and technology and rule of law. They benefit from our research and our development and our patents.

"They benefit from American workers, who are the best in the world. But they effectively renounce their citizenship. They declare that they're based somewhere else, thereby getting all the rewards of being an American company without fulfilling the responsibilities to pay their taxes the way everybody else is supposed to pay them."

What Obama fails to disclose is that the reason companies change their country of domicile is because of bad U.S. tax policy. Simply put, the U.S. tax policy is uncompetitive in the global economy.

According to the National Association of Manufacturers, "the United States holds the unenviable position of having a higher statutory corporate tax rate than any of our major trading partners -- and all OECD countries. Among 135 nations, the U.S. rate is exceeded only by the United Arab Emirates. While skeptics point to the array of provisions that allow a reduction below the topline statutory rate, many ignore the additional burden created by state and local taxes. It is abundantly clear that, when compared to the rest of the developed world, the U.S. rate is out of step at best and uncompetitive at worst.

"While the rate is the highest, there is the double negative effect of the profits of C corporations (entities taxed separately from their shareholders) taxed once at the corporate level at the corporate income tax rate and again when the after-tax profit is distributed back to shareholders at personal income tax rates. The already high corporate tax rate, coupled with double taxation of dividends and capital gains, reduces economic efficiency by discouraging capital formation and broader economic growth."

Obama wrapped up his remarks, reaching out toward November. "And so I hope this topic ends up being introduced into the broader political debate that we're going to be having leading up to election season," he said.

Taking questions afterwards led to a win for Obama when the second question mentioned Trump.

Obama took the question and added a reference to Cruz.

"I think that I've been very clear earlier that I am getting questions constantly from foreign leaders about some of the wackier suggestions that are being made. I do have to emphasize that it's not just Mr. Trump's proposals. You're also hearing concerns about Mr. Cruz's proposals, which in some ways are just as draconian when it comes to immigration, for example ... But this is just one more example of something that is not thought through and is primarily put forward for political consumption.

"And, as I've tried to emphasize throughout, we've got serious problems here. We've got big issues around the world. People expect the president of the United States and the elected officials in this country to treat these problems seriously, to put forward policies that have been examined, analyzed, are effective, where unintended consequences are taken into account. They don't expect half-baked notions coming out of the White House. We can't afford that."

There are plenty of what some would term "half-baked notions" coming from the Democratic side as well -- welcome to the election process.

While both parties are in the process of picking their nominees, it will not be long until the general election, and candidates and party loyalists both would be wise to keep that fact in mind -- the front is everywhere.