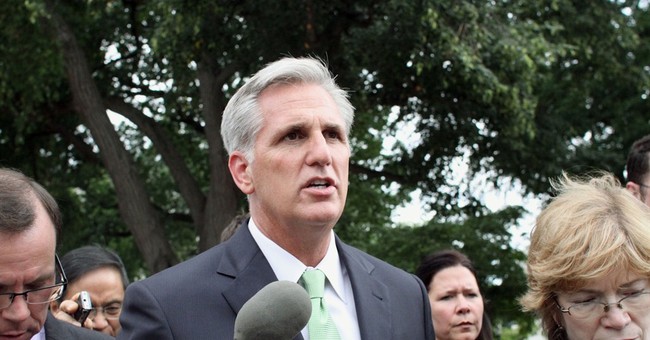 Trending
Prognosticators are predicting a Republican takeover of the United States Senate, and a pickup of a few seats in the House of Representatives. Driven in large part by the unpopularity of President Barack Obama (latest Gallup poll 42 percent approve, 53 percent disapprove of Obama), this potential change in control provides both an opportunity and a risk for Republicans.

The Republicans have an opportunity to set out a clear agenda and provide 2016 voters with a clear contrast between themselves and the Democrats.

But they also face a risk: that they will battle among themselves or overreach and fail in their attempt to change policy. In either scenario, they could leave voters with the impression that they are unable to govern.

The best course of action, if the Republicans gain control of both houses, would be to simply begin getting stuff done -- to begin passing legislation. They should start with small items that have bipartisan appeal, which can be accomplished by reaching across the aisle and getting votes from Democrats as well. Once the bill is moved to the president's desk, Obama either signs the bill, or appears partisan. In either event, the Republicans will have scored. A legislative branch that is working -- that would be something that most voters cannot imagine after years of gridlock in Washington.

House Majority Leader Kevin McCarthy, speaking this week at a fundraiser in Hauppauge, New York, laid it out clearly: "I do know this: If we don't capture the House stronger, and the Senate, and prove we could govern, there won't be a Republican president in 2016."

So, Republicans have to prove that they can govern. It's not simply about words or advertisements. If Republicans wind up controlling both legislatures, 2016 will be about their ability to get stuff done. (GSD is a term my husband, Jimmy, used years ago in describing his version of a working Republican Party).

"They are not going to win in 2016 by hiring a new PR firm or coming up with a slogan," declared columnist Charles Krauthammer on "The O'Reilly Factor" Tuesday: "The only thing they need to do and the most important thing they need to do is to show the country in the next two years -- if they control the two houses of Congress -- that they have a governing agenda. Right now, they are the party of 'no,' which is all you can be if you control only one house. ... The only reason to retake the Senate is to enact the agenda that would come out of the House into the Senate and confront Obama with a veto threat. Sharpen the differences. Show the country you are not the party of no, that you're a party that's prepared."

According to an article in Politico titled "Kevin McCarthy vows change on Hill to save GOP," by Jake Sherman, McCarthy laid out his view of a path to a Republican president in 2016. "My belief is you have one chance to make a first impression. ... From the very first day after the election, we should be laying out to the American public what the expectations are. Why make two different agendas?"

This one chance at a first impression for a legislature controlled by Republicans is hindered by the reality that runoffs could delay the determination of who controls the Senate until January 2015. If that were to happen, it would be easy for the Republicans to begin moving down the partisan path before the national election was complete.

Republican leaders need to be wary of getting ahead of themselves -- and to focus on execution and accomplishments rather than rhetoric. Instead of being the party of 'no,' the Republicans would be well served to become the party of GSD.