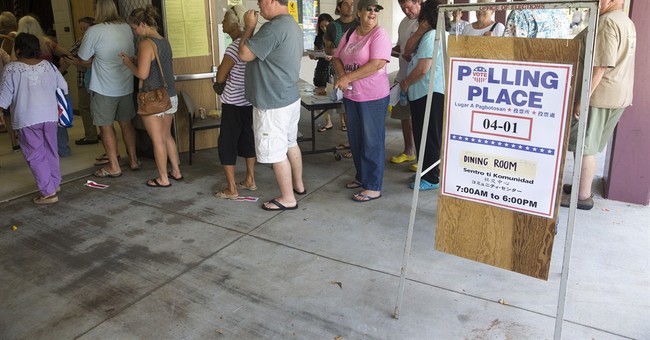 While we might like to think that voters research the issues, review the candidates, and then vote for the candidate that best reflects their views; the reality, based on political science research, is much different. According to George Washington University Professor Danny Hayes' research paper "When Gender and Party Collide: Stereotyping in Candidate Trait Attribution," "Stereotypes are relevant in politics because citizens are willing to devote only limited time to thinking about political matters. As a result, political judgments -- whether about issues, events or candidates -- are often the result of a few salient cues. Stereotyping is the assignment of 'identical characteristics to any person in a group regardless of the actual variation among members of that group.'"

Yes, while voters don't want to be stereotyped and fight against stereotypes, they stereotype candidates.

The good news is that while Hayes found that "voters are likely to use party stereotypes in making inferences about candidate traits, but that gender stereotypes are not as influential."

The bad news is party stereotypes are influential, regardless of whether or not they are in fact accurate.

This might lead you to wonder, as did I, what the standard Republican and Democratic Party stereotypes are? This baseline voter stereotyping was discussed in "Candidate Qualities through a Partisan Lens: A Theory of Trait Ownership," by Hayes and published in the "American Journal of Political Science."

"Republicans tend to be regarded as more adept at handling matters of defense, taxes and social issues (such as so-called family values). Democrats, meanwhile, own the issues of social welfare and social group relations."

While these might be the stereotypes, there are Republican candidates who work at reaching out to the elderly and the working class and Democrats who focus on leadership and national security.

What do these stereotypes mean in today's environment?

Based on a Gallup Poll released last week, dissatisfaction with government (18 percent) was the greatest concern facing this country, (1,032 adults, aged 18 and older, 95 percent confidence level, plus or minus 4 percent). This was closely followed by immigration (15 percent), economy in general (14 percent) and unemployment (12 percent).

Maybe it's more that just dissatisfaction with government, Rasmussen Reports released survey results last week that echoed this theme, finding that "60 percent of American Adults believe the federal government plays too big a role in the lives of average Americans. Only 8 percent think the feds play too small a role, while 22 percent think the level of government involvement is about right." (1,000 Adults, 95 percent level of confidence, plus or minus 3 percent).

Interestingly enough, while Republicans might paint Democrats as the party of big government, and therefore Republicans should have an edge, since the Democrats own the issue of social welfare, they could leverage this issue to cast themselves as pro-social groups, anti-government.

Core issues -- issues that normally have a large gap between the Democratic and Republican positions, are falling in concern. One of the key Democratic wedges, the gap between the rich and poor is at a lowly 3 percent while the Federal budget debt/ deficit, a key Republican issue has also fallen to 3 percent, according to Gallup.

The issues that for so long created clear comparisons between the parties are not as important -- so the parties must rethink their strategies in approaching the voters.

Hayes found that while voters stereotype, the candidates that talked about issues the other party normally dominates influenced "the personal characteristics voters attribute to them." This is reminiscent of President George W. Bush's compassionate conservatism.

According to Hayes, "a politician who appears to care about the welfare of the needy cultivates for himself an image of being compassionate and empathetic."

Along those lines, "a Democrat who establishes himself as an unusually strong leader or a Republican who comes across as especially empathetic -- might win over voters looking for information to distinguish between the two candidates. Likewise, a candidate who falls short of these party-based expectations-a Republican who shows little leadership ability or a Democrat who seems cold-hearted -- may lose standing in the eyes of voters who expected more."

So the take away for candidates is to, rather than simply rally their bases, keep their base but run as if they were a candidate from the opposite party, thereby bridging the difference between the two parties.