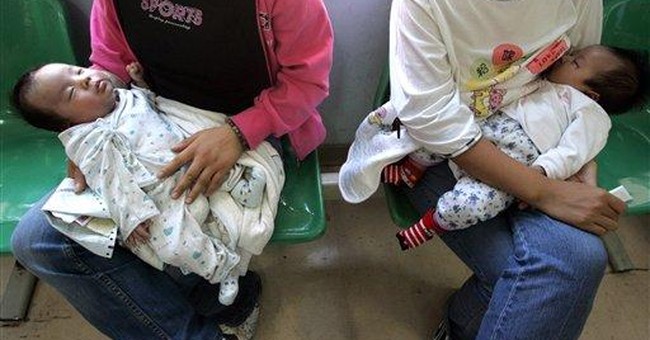 A recent study,  “Ambitious mothers - successful daughters: Mothers' early expectations for children's education and children's earnings and sense of control in adult life,” by Eirini Flouri and Denise Hawkins (British Journal of Educational Psychology, September 2008) concludes that “mothers’ expectations for their children’s education were related to children’s positive adult outcomes.”  It noted that mothers’ high expectations were related to their daughters’ gaining a “sense of control in adult life.”  But the finding was gender-specific.  “Mothers’ expectations had no impact on sons’ adult outcomes,” it concluded.

The study included 1,520 men and 1,765 women who are part of the 1970 British Cohort Study, which tracked children from birth through 30 years of age, contacting them at various points in their lives.

Just yesterday, a friend told me about her grandmother who, at 83 still retains high expectations for her children and grandchildren, and lets them know it.  “She’s always been so hard on everyone,” said my friend, a 30-something-year-old woman who still wanted to please her grandmother.

In other words, being challenged by those who believe that we are capable of doing more often leads to improved performance.

I can remember when my college advisor and economic professor met my parents.  He told them, within my earshot, that I was using six cylinders when he was certain that I had eight.  His purpose was not to belittle or make fun of my performance, but to let me know that I could do more and that he expected me to perform at a higher level.  After taking extra classes and dropping credits that were pulling my grade point average down, I graduated cum laude.  He believed I was able to perform better and, believing his assessment, I worked harder.

At other times, we may decide that others are right, we are not capable of completing the task at hand, or that our actions will not change their beliefs. Either belief can lead to subpar performance and disengagement.  After all, why try if we have already been determined to be a failure, and why try if our actions will not affect their beliefs?  A boss once told me, “Others might think you’ve failed.”  While his intent might have been to motivate me to action, it instead led me to conclude that other people’s opinions were not tied to my actions, which led me to give up. Maybe I could have improved, maybe not - but why try if they have already made up their minds?

The study concludes with the note that “only experimental studies manipulating maternal expectations will be able to address the issue of causality.”   So while the study determined that mothers’ expectations had an impact on their daughters’ adult lives, it did not revel the cause.  Maybe the way to prepare our daughters for their lives ahead is simply to raise our expectations, and to communicate them in a way that challenges our daughters while conveying the underlying message that we know they have the ability and that their actions can affect the outcome.

As for a mother’s impact on a son’s life, I am not willing to concede that my expectations will not have an impact - I’m going to raise the bar for him as well, and I know he will rise to the occasion.