Ilana Mercer
|
Posted: Jan 25, 2018 9:05 AM
Share   Tweet
The opinions expressed by columnists are their own and do not necessarily represent the views of Townhall.com. 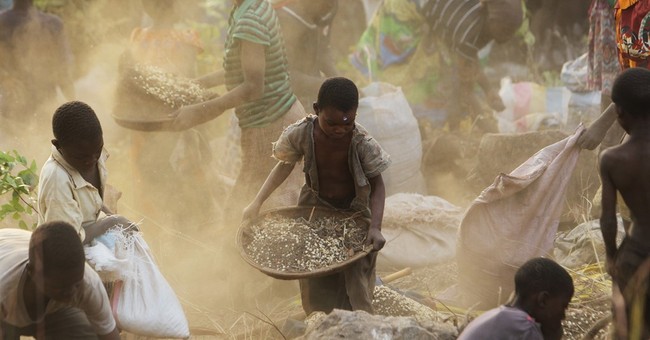 President Trump's questioning of immigration into the United States from what he crudely called "s-ithole" countries masks a more vexing question:

What makes a country, the place or the people? Does "the country" create the man or does the man make the country?

To listen to the deformed logic of the president's detractors, it's the former: the "country" makes the person. No sooner does an African or Haitian immigrant wash up on American shores—thanks to random quotas and set-asides, lotteries and other government grants of privilege and protection—than the process of cultural and philosophical osmosis begins. American probity and productivity soon become his own.

As an African libertarian—an ex-South African, to be precise—I took the liberty of addressing the matter in the book "Into The Cannibal's Pot: Lessons for America from Post-Apartheid South Africa," in which a Cameroonian scholar, Daniel Etounga-Manguelle, among others, is extensively cited.

Easily one of the most controversial thinkers on the causes of underdevelopment in Africa, Etounga-Manguelle, a former adviser to the World Bank, contends that “What Africans are doing to one another defies credulity. Genocide, bloody civil wars, and rampant violent crime suggest African societies at all social levels are to some extent cannibalistic.” Why so? In part, because of the inveterate values held by so many Africans.

Etounga-Manguelle and scholars like him, cited in "Into The Cannibal's Pot," are responding to an “explanatory vacuum” that has opened up among honest academics.

All have been willing to admit that constructs like racism, discrimination, and colonialism no longer serve as credible causal factors in divining underdevelopment and delinquency.

None has been called upon to enlighten the greater public.

In such intellectually candid circles, the intellectual "vacuum" is being filled with reference to culture, namely the “values, attitudes, beliefs, orientations, and underlying assumptions prevalent among people in a society.”

The idea that culture is benign and harmonious if not disrupted is a delusion, argues anthropologist Robert B. Edgerton, who also believes that in Africa, “traditional cultural values are at the root of poverty, authoritarianism, and injustice.”

By taking account of culture, posits David Landes, a Harvard economic historian, and author of The Wealth and Poverty of Nations, one could have foreseen the postwar economic success of Japan and Germany. The same is true of South Korea (versus Turkey), and Indonesia (versus Nigeria).

Before the end of free speech on American campuses, Etounga-Manguelle, aforementioned, attended a symposium on “Cultural Values and Human Progress” at Harvard, circa 1999. He had come to bury and not praise the cultures of his Continent.

In a paper titled Does Africa Need a Cultural Adjustment Program?, Etounga-Manguelle quipped controversially that “African societies are like a football team in which, as a result of personal rivalries and a lack of team spirit, one player will not pass the ball to another out of fear that the latter might score a goal.”

Etounga-Manguelle was referring to what he perceives to be the culture of envy—the kind of all-consuming envy that, in the Rwanda of 1994, caused certain Africans (Hutus) to attempt to kill off other, frequently more industrious, better-looking brethren (Tutsis). The culture of envy makes it hard for Africa as a whole to rejoice in the success of its exceptional sons and daughters.

In this context, the systematic “expulsion and slaughter of productive minorities,” at the behest of the people, not necessarily their leaders, deserves scrutiny, too. This has been a factor in Zimbabwe’s demise and in South Africa’s increasing economic insecurity. In both countries, life for the productive European minority is perilous.

According to Etounga-Manguelle’s lifelong observations, in Africa, “divination and witchcraft” are integral parts of all aspects of state and civil society among all segments of society. Africans do not believe control over uncertainty is achievable through planning for the future and mastering nature; through reason, the rule of law, or technology. Rather, being by and large fatalistic and superstitious, they all too often resort to magical thinking to cope.

The plight of “witch children” across Africa—amplified in Nigeria, a country touted by the president’s enemies as fertile recruiting grounds for future Americans—comports with Etounga-Manguelle’s paradigm. In Nigeria, this designated class of kids is blamed for every pestilence to plague the community.

Likewise do the Zimbabwean tribal chiefs saddle angry ancestors in need of appeasement for everything from famine to inflation. Their solution to the first “supernatural force” is to brutalize the bewitchers, the “witch children.” To resolve the second, beer is brewed, drums are beaten and beasts slaughtered. (Not that the American Left cares, but the importation of certain values heralds incredible cruelty to animals.)

Will this reality magically dissipate once the same people are invited to America to be fruitful and multiply?