Ian Prior
|
Posted: Apr 29, 2021 4:20 PM
Share   Tweet
The opinions expressed by columnists are their own and do not necessarily represent the views of Townhall.com. 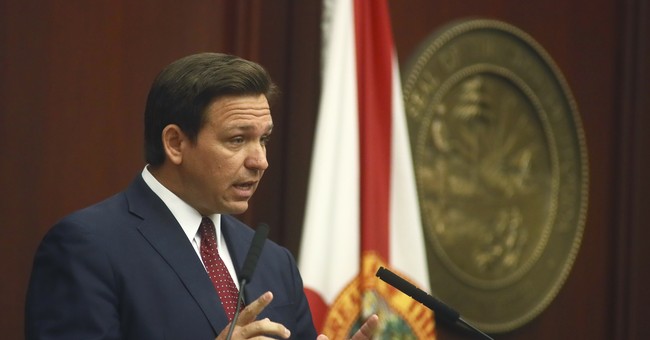 Largely unregulated, Big Tech has become a threat to our democracy under our very noses. While we all enjoy the convenience of a quick Google search, easy deliveries from Amazon, and connections with old friends on Facebook, we have failed to enact laws to keep up with these corporations’  rapid technological innovation and ever-increasing market power. As a result, the Big Tech behemoths have been able to operate largely unfettered, controlling the flow of information, selling private citizens’ data, and punishing individuals whose views do not align with those of Big Tech’s woke employees.

The tipping point for many Americans came this January when Twitter permanently banned President Trump from its platform. Think about that – a private company banned the President of the United States of America in order to prevent him from communicating with the American people. But that is not the only egregious instance of Big Tech Robber Barons misusing the vast power they have managed to accumulate at our expense.  Indeed, examples of Big Tech abuse are plentiful. In October, for instance, Facebook and Twitter censored the New York Post over its Hunter Biden exposé. And again, on April 15th, Facebook prevented users from sharing another New York Post story about the BLM co-founder’s real estate shopping spree. Recently, Twitter  permanently banned Project Veritas’s James O’Keefe, a journalist, after he released a scathing expose that revealed the inner workings of how CNN covers the news.

Equally concerning is the power the Big Tech Robber Barons have over access to the free market. As the retail economy moved online, Big Tech assumed a role as the internet marketplace’s gatekeeper—claiming for itself the exclusive right to grant or deny businesses the privilege of selling their products to consumers. Amazon’s decision to remove Ryan T. Anderson’s book, When Harry Became Sally: Responding to the Transgender Moment, because Amazon disagreed with the author’s evaluation of transgenderism is one prominent example among many. Oftentimes, however, Big Tech’s manipulation is more subtle. Amazon has the ability to prioritize its own merchandise over that of smaller competitors; Google is dominant in digital advertising and controls what people will or will not find; and Facebook has the means and the will to promote some businesses over others. The result is an industry that holds more power over our livelihoods than the federal government, often in ways we fail even to notice. This monopolistic behavior cannot continue.

Fortunately, Florida Governor Ron DeSantis and other courageous Florida elected officials stepped into the void by introducing the Transparency in Technology Act (TTA), which seeks to level the playing field by restoring transparency and accountability to the internet. The Republican-led Florida House and Senate are expected to send this bill to Governor DeSantis this week, so he can sign this important legislation into law.

Among other provisions, the bill would fine Big Tech companies up to $100,000 for deplatforming political candidates, permit citizens or the Florida Attorney General to sue Big Tech companies for violating their terms of service, and allow users to opt-out of algorithms that tailor content to individuals.  These measures are necessary to reduce the monopolistic power of Big Tech and to empower consumers.

Not only is TTA good public policy, it is overwhelmingly popular. A recent poll shows that Florida’s citizens are very much in favor of the proposal, with 59 percent of Florida voters expressing support for the legislature’s efforts compared to only 33 percent who oppose them. The poll also found that 60 percent of voters support requiring the publication of transparent standards for banning users, 67 percent of voters support equal access for news organizations and political candidates without algorithmic manipulation, 56 percent of voters support prohibiting arbitrary censorship, and 68 percent support giving users the power to opt-out of algorithms altogether.

With this bill, Governor Ron DeSantis and the legislature are giving the rest of the states a model on how to reduce the seemingly uncontrollable power of the Big Tech Robber Barons. By taking the side of Florida’s citizens over Big Tech and its deep pockets, Florida is leading the way in restoring fair competition and a freer and more accessible marketplace of information. The Internet Accountability Project (IAP), a grassroots organization that holds Big Tech accountable for their bad acts, fully supports Florida’s efforts and encourages other states to join the fight. Together, we can liberate the internet from its Big Tech overlords and restore power to the people, where it rightfully belongs.

Ian Prior is senior counsel and spokesman for the Internet Accountability Project (IAP), a conservative grassroots advocacy organization that opposes Big Tech and seeks to hold them accountable for their bad acts.