Ian Haworth
|
Posted: Aug 06, 2019 12:01 AM
Share   Tweet
The opinions expressed by columnists are their own and do not necessarily represent the views of Townhall.com. 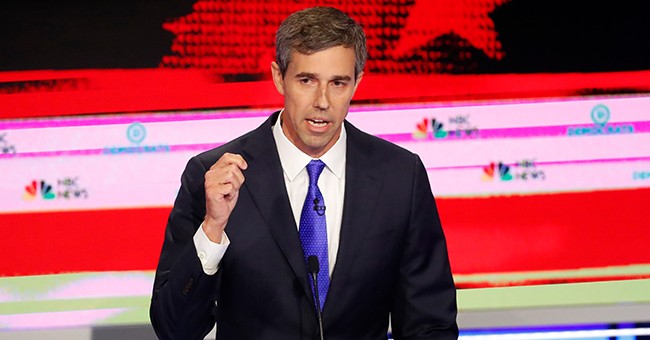 The notion of “incitement of violence” has become a familiar topic of discussion. Since his electoral victory, President Donald Trump has been accused of inciting violence on multiple occasions, regardless of the validity, context, or style of his rhetoric. Politicians and the mainstream media repeatedly cherry-pick violent events based on political narrative, with some attacks dominating the news cycle and others falling immediately into obscurity, selected with the ultimate goal of labeling Trump as a white supremacist.

While broad and baseless accusations of racism against the political Right is unfortunately nothing new, such efforts have been kicked into overdrive since Trump’s victory in 2016. After Trump’s presidential campaign was accused - with some validity - of pandering to the alt-right, the ground was set for widespread hyperbole and slander.

In the wake of the recent spate of mass shootings motivated by the evil ideology that is white nationalism and white supremacy, the political Left have attributed all responsibility to Donald Trump. Following the shooting that occurred at a Walmart supermarket in El Paso, Democratic presidential candidate Beto O’Rourke openly accused Trump of inciting violence.

Speaking with CNN’s Jake Tapper, Beto O’Rourke also claimed that Trump was a white nationalist. Cory Booker linked Trump with white supremacism, stating that “because this was a white supremacist manifesto,” he wanted “to say with more moral clarity that Donald Trump is responsible for this.” Not to be outdone, Kirsten Gillibrand explicitly accused Trump of being a white nationalist.

Regardless of objective and subjective criticism of Trump’s rhetoric, to accuse the president of being a white supremacist based solely on his rhetoric is utterly baseless, and demonstrates either a shocking ignorance or a disgusting level of political cynicism.

Most objections to this flawed attempt to mischaracterize Trump focus on the flagrant hypocrisy of the Left. Was Barack Obama accused of citing violence in 2008 when he used objectively violent language? Was Ilhan Omar likened to Hitler and the Third Reich when she repeatedly parroted antisemitic tropes taken straight from the Nazi propaganda playbook? Was Bernie Sanders blamed when a former member of his 2016 campaign shot Rep. Steve Scalise at a Congressional baseball game? The answer to these examples is, quite correctly, no.

However, by focusing on such obvious hypocrisy, we are actually distracting ourselves from the deeper hypocrisy of the Left as they use aggressive language against their political enemies, raising the question of why language is only viewed as “incitement” when it is politically convenient.

A false binary choice is being forcibly presented by the Left, inextricably tying the validity of one’s outrage towards deplorable crimes to one’s political allegiance. The calls for “do something” are seen as a badge of ideological identification, proof to others that you are “one of us” and not “one of them.” Unless you fall in line, and avoid asking for specificity or evidence, you will be cast out as nothing more than a complicit party who celebrates violence. Using the language of the Left, you are “othered.”

The political Left constantly claim to be fighting under the banner of inclusion, compassion, and empathy, and against any form of division or violence. In the same breath, they then proceed to use exclusively divisive language. If you are not with them, you are against them. If you are against them, you support Donald Trump. Because they believe without question that Trump is a white supremacist, by extension, you are a white supremacist.

The Left are openly labeling entire swathes of the population as white supremacists based solely on their refusal to capitulate to their fascistic ideology. Even the red “Make America Great Again” hat is being likened to the hoods of the Klu Klux Klan. Not only is this maddeningly illogical, it is deeply dangerous.

Politicians like Beto O’Rourke and Kirsten Gillibrand are fully aware of the emotive weight their inflammatory imagery presents, and are intentionally stoking emotion by falsely comparing our current society to pre-Nazi Germany. Every time they falsley liken the Republican Party to the Nazi Party, or Donald Trump to Adolf Hiter, or declare that anyone who disagrees with them is a white supremacist, they are invoking the memory of the sacrifices required to destroy the demonic beast that was Nazi Germany. Not only is this grossly and offensively inaccurate, it also demonstrates that they don’t actually believe that rhetoric is tantamount to the incitement of violence.

The brutal fact is that there is always the chance - God forbid - that someone acts upon the slanderous hyperbole of the Left. Blood has already been shed in the name of fighting the fictitious rise of white supremacism in the White House, with one example being the violent acts of Antifa. Like Trump, the Democrats are not responsible for the violent actions of evil individuals acting upon their own evil ideologies.

However, the Left must recognize that their hypocrisy becomes ever clearer as they continue to promote the same style of language they claim to despise.