The Amazing History of our ‘Woke’ CIA—Part II

Humberto Fontova
|
Posted: May 15, 2021 12:01 AM
Share   Tweet
The opinions expressed by columnists are their own and do not necessarily represent the views of Townhall.com. 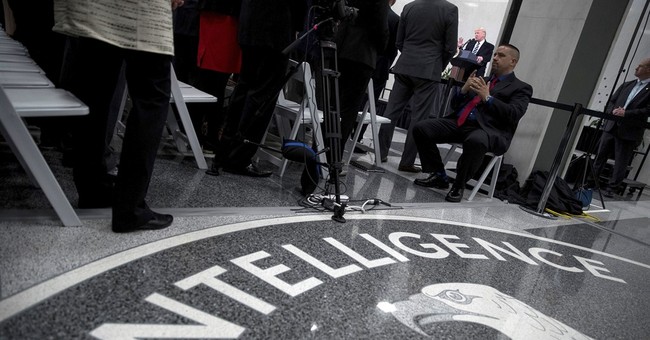 “China & Russia are laughing their asses off watching CIA go full woke. 'Cisgender.' 'Intersectional.' It's like the Babylon Bee is handling CIA's commercials. If you think about it, wokeness is the kind of twisted PSYOP a spy agency would invent to destroy a country from the inside out," Donald Trump Jr. tweeted.

About China and Russia’s current intelligence agents laughing at the CIA’s Babylon-Bee-like imbecilities we can guess. But about Russia and Cuba’s we can actually watch, and perhaps laugh ourselves, to keep from crying. To wit:

Nikolai Leonev was the KGB’s top agent in Latin America during the 1950s and '60s. He was Raul Castro’s KGB handler starting in 1954, and must have busted a gut listening to how our crackerjack CIA officers in Cuba  during the late 1950s sang Raul, Fidel, and Che Guevara’s praises as utterly untainted by any communist connections and thus quite worthy of U.S. help both moral and material. (We discussed the matter last week.)

In June 1958, upon careful instructions from his KGB handler Nikolai Leonov, communist terrorist Raul Castro dutifully kidnapped 47 American hostages from the U.S. owned Moa Nickel plant and the Guantanamo military base in Oriente. The KGB-mentored plan was to blackmail the U.S. government into further pulling the rug out from under Batista (the “U.S.-backed dictator” who was already suffering from a U.S. arms embargo since April 1958), further help the Soviet assets (the Castro rebels), and thus ease the way for the Sovietization of Cuba.

And it worked flawlessly--like an utter charm!

As soon as he got word, CIA officer in the area Robert Wiecha scurried to meet with a snickering Raul and his fellow KGB assets, whereupon they worked out a splendid little deal: the U.S. further pressured Batista  to scale back his (already feeble) efforts against the rebels, and the hostages were returned. … But I mentioned watching them laugh didn’t I?

So yes. Check out Raul Castro and his KGB-handler Nikolai Leonov yukking it up during a meeting in Havana a few years ago.

Granted, we can’t be sure of the exact reminisces that provoked the yukking. Perhaps they involved how Raul’s future wife Vilma—a hard-line communist of long standing at the time—was the authority on liberal democracy gratefully accepted and believed by CIA Inspector General Lyman Kirkpatrick on his special visit from Langley headquarters to Oriente Cuba in 1957.

The Kirkpatrick-Espin meeting (arranged by big wheels of the Bacardi corp.) was a venue to once and for all convince the CIA that those crackpot rumors by some knuckle-dragging, deplorable Cubans were vicious and unfounded McCarthyite smears.

In fact, Vilma assured this executive officer of the world’s most lavishly-funded intelligence agency employing  a shining roster of ultra-educated Ivy-League-vintage “analysts” and “experts” – in fact, she stressed to the free world’s guardians against communism,  that her bosom compadres in liberation (Fidel, Raul, and Che Guevara) were the furthest thing from communists that the CIA could possibly imagine.

Kirkpatrick left the meeting, not only convinced, but charmed.

Yes, amigos: In 1957 the CIA sent its Inspector General Lyman Kirkpatrick (Princeton 1938) to Oriente Cuba to determine if Castro’s Julio 26 movement had any Commie connections, as claimed by many “Cuban “deplorables” of the time.

Well, the U.S. State Department and CIA’s officials on the ground in Cuba (obviously the most knowledgeable, right?) lined up a meeting between Kirkpatrick and some of the main bankrollers of Castro’s terrorist group the Julio 26 Movement. Chief among these bankrollers were members of the ultra-wealthy Bacardi Corp.

So Kirkpatrick was hosted by a Bacardi executive’s very daughter Vilma Espin, a prominent member of Castro’s terrorist group—and a closet communist, as well known among Cuban “deplorables.”  This elegant and cultured Bryn Mawr and MIT attendee spoke flawless English and seemed to fit seamlessly into most CIA officers’ cultural and social set, (unlike many of the Castro movement’s opponents: those often crude, un-lettered, even mulatto Batistianos with whom typically Ivy league-educated, Eastern Establishment CIA people found little in common). In brief; these anti-Castro people were typical “deplorables.”

Wait a minute, some amigos ask?!  The Bacardi corporation helped bankroll Castro and Che Guevara’s rebel movement? But how can that be?

Oh, I know, I know, your professors, Hollywood, the Fake News Media, and Castro’s multifarious agents-of-influence (but I repeat myself) all told you that it was Cuba’s blue-blooded and filthy-rich who opposed Castro, and the poor workers who backed him.

Well, let’s look around our own country. Is it the “bluebloods” and “filthy-rich” who back Trump? Is it “the working class” who backs Biden/Harris/BLM, etc.?...You get the picture.

Now, let’s fast work a few decades. Here’s a description of a “conference” hosted by Fidel Castro in Havana in 2001 (i.e. a yukkfest for a gloating Castro to rub the faces of his (guilt-ridden if not actually masochistic) American guests in their pathetic botches:

"Fidel Castro (a mass-murdering Soviet asset and terrorist whose lifelong obsession was the destruction of the U.S.) sat across from Sam Halpern and Robert Reynolds (former CIA officers who were purportedly tasked with overthrowing him) ... the atmosphere was jovial, respectful. Castro remarked at one point that (the 2001 conference in Havana) was more than respectful, it was friendly. At a final banquet, Castro used the word “family” to describe the conference participants and the frank, intimate exchanges.”

Any more questions why Fidel Castro died peacefully in bed at 90?

“Aaaw come on, Humberto!” some amigos counter. “But what about those 50 gazillion CIA assassination plans against Castro we’re always reading and hearing about?” Thought you’d never ask.

“So far as I have been able to determine,” revealed E. Howard Hunt, who, during the early 1960s served as head of the political division of the CIA’s Cuba Project, “no COHERENT plan was ever developed within the CIA to assassinate Castro, though it was the heart’s desire of many exile groups.”

Interestingly, Hunt stressed that killing Castro was his own recommendation. But he couldn’t get any serious takers within the agency.

Now let’s head over to the famous Church Committee hearings in the mid '70s when all these (so-called) assassination attempts were first “revealed.” Sen. Frank Church (D-Idaho), by the way, was a notorious pinko just panting to smear anti-communists. Yet here’s among the items his (highly-embarrassed) Committee (grudgingly) discovered and reported:

“In August 1975, Fidel Castro gave Senator George McGovern a list of twenty-four alleged attempts to assassinate him in which Castro claimed the CIA had been involved… The Committee has found NO EVIDENCE that the CIA was involved in the attempts on Castro’s life enumerated in the allegations that Castro gave to Senator McGovern.”

“Coherent” is probably the key word by Hunt. All those “assassination plans” the Fake News Media transcribes and parrots from Castro’s disinformation officers (both in Cuba and in the U.S.) were probably mostly brainstorming speculations by half-drunken officials. A few might have gotten half-heartedly somewhat off the ground.

Felix Rodriguez, the Cuban-American CIA man who played a key role in capturing Che Guevara, also noticed the “incoherence” of these assassination plans. “While we were training for the Bay of Pigs me and a friend volunteered to kill Castro,” Rodriguez recalled to your humble servant. “We were given a rifle with a telescopic sight and we attempted to infiltrate Cuba… after the third attempt, we returned and they (CIA handlers) told us that the plan had been changed, had been canceled, so they took the rifle away.”

And in case Donald Trump Jr. is reading this: no Donald, outrageous as it may seem, as an American it greatly embarrasses me to assure you that this link and pictures did not issue from the Babylon Bee.