One of Rush Limbaugh’s Finest Hours

Humberto Fontova
|
Posted: Feb 20, 2021 12:01 AM
Share   Tweet
The opinions expressed by columnists are their own and do not necessarily represent the views of Townhall.com. 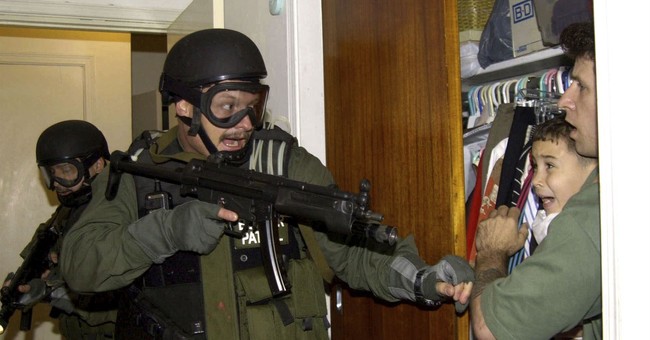 There’s no way to improve upon many of the eulogies to Rush penned by his fans and friends, especially the one by Mark Steyn. Instead, I’ll mention an item that will strike many as trivial and irrelevant.

Decades before the terms “deplorables,” “Deep-State” and “Fake News Media” entered common conservative usage, Rush Limbaugh was already championing the former against the two latter--and at a time such a position brought him no audience advantage whatsoever. To wit:

Rush Limbaugh proudly stood shoulder to shoulder with Elian Gonzalez’s “deplorable” Miami family (and “deplorable” Cuban-Americans in general) when most Americans (and even many conservatives) were deploring “Miami Cubans” and championing the Castro-Clinton kidnapping.

Thanks to what Cuban-Americans of the time already called the “Fake News Media,” on the Elian issue, polls of the time showed almost 70 percent of Americans supporting the cause of a totalitarian dictator who jailed and tortured at a higher rate than Stalin during the Great Terror–and whose lifelong obsession was the destruction of the U.S. (Fidel Castro.)

In one of the ironies that keep intellectual life so unfailingly interesting, among the most vicious attacks on that “deplorable” Gonzalez family and those “deplorable” Cuban-Americans in general was penned by Mark Steyn, Rush’s subsequent friend, frequent host substitute, and (reputed in some quarters) successor.

“Everywhere in America outside the Greater Miami area, the reaction to Janet Reno’s dawn raid was not `Oh, my God, how could she do that?’ but `What took her so long?” wrote Mark Steyn expressing his own sentiments. “Everyone was sick of Elian’s `Miami family’: the pert young Marisleysis (Elian’s teenaged cousin) may have the cutest butt on network TV but most of us dearly wish some FBI sharpshooter would fire a tranquilizer dart into it….given that the American people are overwhelmingly opposed to making Elian a political symbol, it’s hard to see what Republicans hope to accomplish by signing on with that crazy Miami crowd. (i.e. Cuban-Americans) …taking up the cause of a lawless Hispanic mob (Cuban-Americans) as it trashes Miami seems expressly designed to offend the Republican Party’s core voters.”

(For scoffers, here’s a link to Steyn’s diatribe against Cuban-Americans, the most loyally Republican ethnic group in recent U.S. history, who President Trump repeatedly commended and thanked.)

(By the way, there was no “trashing of Miami” by Cuban-Americans during the Elian circus. In fact, according to George Gilder in his classic Wealth & Poverty, that “lawless mob!” accomplished quite the opposite.)

Granted, the scam that took in Mark Steyn and so many others was a skillful and elaborate one, typical of the Castro regime’s propaganda schemes:

Lest we forget, on Dec. 1st 1999, shortly after Elian’s rescue at sea, the matter seemed settled. The INS asserted that Miami-based Uncle Lazaro was indeed Elian’s legal custodian and Florida’s family court was indeed the place to arbitrate further issues. In addition Elian’s father, Juan Miguel thanked his Miami relatives for rescuing Elian and vowed to soon follow him.

Then on Dec. 5th, 1999, Fidel Castro stepped onto the stage, issued a sharp whistle and his Fake News Media lapdogs rushed around him, their eyes wide, their tongues out and their tails wagging frantically.

“Much more valuable than rural recruits for our Cuban guerrilla force were American media recruits to export our propaganda,” said Ernesto “Che” Guevara in 1959.

And those invaluable American “reporters” were still as tail-waggingly eager for Castro/Che commands in April 2000 as they’d been in 1957--and as they remain today for his successors.

Lest we forget, the entire Elian Gonzalez Fake News/Democrat/Castro pageant was built atop the outrageous lie that Elian’s father Juan Miguel was a sincerely grief-stricken, totally free-acting father who simply wanted his son back in Cuba. Any mention that this desire might have been “influenced” in any way by a totalitarian dictator was promptly denounced by liberals (and, as seen above, by some conservatives) as typical “Cuban-American Right-Wing Propaganda!”

On the April 6th 2000 edition of the historic Fake News vehicle "60 Minutes," America saw a bewildered and “heartsick” Juan Miguel Gonzalez “pleading” to be allowed to have his motherless son accompany him back to Cuba, his cherished homeland. Fake News pioneer Dan Rather (who earlier hailed Fidel Castro as “Cuba’s Elvis!”) was the one interviewing Elian’s “bereaved” father.

Here's what America didn't see: "Juan Miguel Gonzalez was surrounded by Castro security agents the entire time he was in the studio with Rather and Gregory Craig." This is an eye-witness account from Pedro Porro, who served as Dan Rather's translator during the famous "60 Minutes" interview. Dan Rather would ask the question in English into Porro's earpiece whereupon Porro would translate it into Spanish for Elian's heavily-guarded and petrified father.

"Juan Miguel was never completely alone," says Pedro Porro. "He never smiled. He was very nervous. It was obvious to me that he was under heavy coercion. He was always surrounded by Cuban security agents. When these agents left him alone for a few seconds, attorney (and Clinton-chum) Gregory Craig would hover over Juan Miguel.

"The questions Dan Rather was asking Elian's father during that 60 Minutes interview were being handed to him by attorney (and Clinton-chum) Gregory Craig," continues Pedro Porro. "It was obvious that Craig and Rather where on very friendly terms. They were joshing and bantering back and forth, as Juan Miguel sat there petrified. Craig was stage managing the whole thing - almost like a movie director."

A reminder: officially (Bill Clinton and Dan Rather crony) Gregory Craig then served as attorney for Elian's father, Juan Miguel Gonzalez. In fact he was working for Fidel Castro.

A week after the advance work by the Castro/Craig/Rather charade, Janet Reno’s INS maced, kicked, stomped, gun-butted and tear-gassed their way into Lazaro Gonzalez's small Miami home, wrenched a bawling 6-year-old child from his family at machine-gun point, and bundled him off to Stalinist Cuba.

You’ll forgive me for blowing on my fingernails and buffing them on my puffed chest while recalling how Rush featured the revelations of the Rather/Craig/Clinton scam on his show on March, 22, 2005, by quoting from my book Fidel: Hollywood’s Favorite Tyrant.

Sure, Craig eventually got indicted, Clinton impeached and Rather fired—but for offenses that pale next to gleefully serving as propaganda and police auxiliaries for a mass-murdering, terror-sponsoring dictator whose lifelong obsession was the destruction of their country.

Audience-wise, Rush Limbaugh had nothing to gain by siding with those “deplorable” Miami Cubans – and especially by siding with a single "Latina" unwed mother. Rush was a divorced man who devoted much of his show to expertly (and hilariously!) exposing the fraud of contemporary “feminism.” A large segment of his listeners also seemed to be divorced men who’d suffered from feminist judges in child-custody disputes. I was a big-time Ditto-Head of the time and remember their phone-calls, relentlessly bashing Rush for seemingly caving to feminism on the Elian issue.

But Rush never flinched–simply because–though he’d never experienced totalitarianism, much less Castroism, in the flesh– he SAW THE TRUTH.

Rush Limbaugh’s proud and unflinching support for a defining cause in the Cuban-American political saga, proves beyond all doubt that former President Trump nailed the essence of the great man when he wrote: “Rush was a patriot, a defender of liberty, and someone who believed in all of the greatness our country stands for. Rush was a friend to myself and millions of Americans—a guiding light with the ability to see the truth."