Humberto Fontova
|
Posted: Dec 22, 2018 12:01 AM
Share   Tweet
The opinions expressed by columnists are their own and do not necessarily represent the views of Townhall.com. 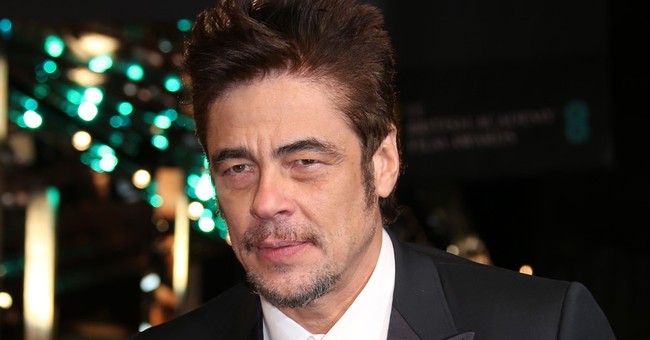 “The film’s (“Che,” directed by Steven Soderbergh, produced by Benicio Del Toro in partnership with Stalinist Cuba’s propaganda ministry) production crew spent six years in Cuba  investigating everything about Che Guevara." (NOT Miami, please note, where people who knew Che can talk truthfully about him without fear of firing squads and torture chambers!) “I remember sitting with Che’s wife Aleida who told me “it’s not important if you resemble Che physically, the important thing is to understand the person. ... And Che Guevara’s person educated me about my roots of being a Latin-American and a Puerto-Rican.” (Benicio Del Toro in an interview with Vladimir Putin’s propaganda organ RT during the Havana Film Festival last week.)

Nothing new here, amigos. In fact:

“I’d like to dedicate this award to the man himself, Che Guevara!  I wouldn't be here without Che Guevara, and through all the awards the movie gets you'll have to pay your respects to the man!...Ideologically I feel very close to Che." Thus gushed Benicio Del Toro (made a multi-millionaire mostly by American audiences) while accepting the ‘best actor’ award at the Cannes Film Festival for his role glorifying Che Guevara (who denounced Americans as “hyenas fit only for extermination!”)

But on the other hand:

”I don’t understand what’s going on with the United States government… It’s cruel. What’s the morality inside this monster (Donald Trump) for separating children from their parents? I don’t know. The bottom line: this has to stop.” (Benicio del Toro earlier this year.)

To be fair, who can blame Benicio Del Toro for being a trifle biased in favor of a movie he co-produced? So let’s look for more “objective” sources.

“A great piece of work. This movie is based on history. It went to the source. If you own the poster and t-shirt you owe it to yourself to go learn about the man.” (MSNBC’s Willie Geist while hosting Benicio Del Toro.”)

“Dammit This Guy Is Cool!” was the title of an interview the BBC conducted with Benicio Del Toro upon the celebrated his movies release. “I hear of this guy, and he’s got a cool name, Che Guevara!” Del Toro told the BBC. “Groovy name, groovy man, groovy politics! So I came across a picture of Che, smiling, in fatigues, I thought, ‘Dammit, this guy is cool-looking!’”

Right here Benicio Del Toro, who fulfilled an obvious fantasy by starring as Che Guevara in the four-and-a-half-hour movie he also co-produced, probably revealed the inspiration (and daunting intellectual exertion) of most Che fans worldwide, including Beckel and Colbert.

In addition, upon the communist hagiography’s screening by the American Film Institute at Grauman’s Chinese Theater in 2008, the families of the thousands of Che Guevara’s murder victim’s where gratuitously and cheekily insulted:

“Che Guevara is a hugely controversial figure,” laughed Lou Diamond Phillips who played the role of Bolivian Communist party leader Mario Monje. The cameras in front of Grauman’s then turned to “Che” himself, Benicio Del Toro (oh so sensitive to separation of children from parents on the U.S. border, remember?) who snickered along with Phillips. “I don’t know how this film is gonna go over in Miami” then smirked their co-star Joaquim de Almeida while cackles from the ultra-hipster, ultra-sensitive Hollywood cast erupted in the background.

And all this in Hollywood, the world capitol of ultra-sensitivity, where an off-handed quip about a black or a gay, about slavery or lynching can end a career. Where “bullying” can take the form of prolonged eye-contact or a sneer. But where, apparently, public laughter and open ridicule of the grief of thousands of Cuban-Americans whose loved-ones were tortured and murdered passes for humor.

Miami, as you might guess, is home to most of the wives, mothers, daughters, sons and brothers of the thousands of defenseless men (and boys and even some women) murdered by the regime Che Guevara co-founded.

“The U.S. is the great enemy of mankind!” raved the terrorist who Soderbergh and Del Toro glorified and who got a standing ovation in Hollywood with both Robert Redford’s “The Motorcycle Diaries” and Soderberg’s “Che.”  “Against those hyenas (Americans) there is no option but extermination! The imperialist enemy (Americans) must feel like a hunted animal wherever he moves. Thus we’ll destroy him! We must keep our hatred (against the U.S.) alive and fan it to paroxysm! If the nuclear missiles had remained (in Cuba) we would have fired them against the heart of the U.S. including New York City.”

As usual, most of the people Che Guevara craved to incinerate viewed protests against the Che movie (mostly in Miami) as a quaint and silly obsession by hyper-sensitive, loudmouthed and even ungrateful Cuban-Americans. The film’s reception in Castro’s Cuba was vastly different from the one in Miami –but quite similar to the one in Hollywood.

"Che" film gets thumbs up in Cuba," ran the headline from CNN's Havana Bureau upon an earlier Del Toro’s red-carpet visits to the totalitarian Castro-Family-Fiefdom. Benicio Del Toro, who stars as Che, was in the Cuban capital at the Havana Film Festival that week presenting the movie he co-produced. The lengthy biopic of the Argentinean revolutionary won acclaim from among those who know his story best."

Indeed, but the acclaim came because those "who knew his story best" (Castro and his Stalinist henchmen, the film's chief mentors and veritable co-producers) saw that their directives had been followed slavishly, that Che's (genuine) story was completely absent from the movie. This, of course, “seemed lost” on CNN, the first network to be bestowed a Havana Bureau by the film’s Stalinist, terror-sponsoring co-producers.