Humberto Fontova
|
Posted: Dec 15, 2018 12:01 AM
Share   Tweet
The opinions expressed by columnists are their own and do not necessarily represent the views of Townhall.com. 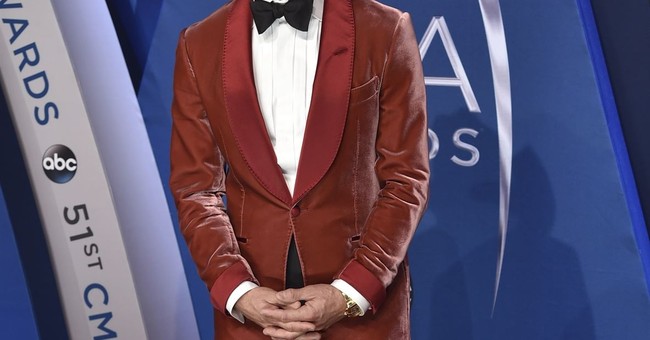 Don’t get me wrong, amigos. The “mainstream media” does not label gun-control-loving Tim Mc Graw’s upcoming tour in the same manner as does this column. Instead we read stuff like this:

“Tim McGraw to perform in (totalitarian) Cuba-- McGraw’s 2019 Memorial Day Weekend trek, dubbed “One of Those Havana Nights.”..The McGraw trip offers lodging in ocean-view rooms at (totalitarian) Havana’s upscale Meliá Hotel, where a box of cigars and a bottle of rum will await each traveler. The all-inclusive tour is designed to make foreigners' typical Havana dreams come true, featuring a ride around (totalitarian) Havana in a classic American convertible, a rumba party, and the chance to “Walk in the footsteps of Hemingway and Obama!” in Old (totalitarian) Havana….Prices range from $2,999 to $5,799 for the four days (May 24-27), which does include airfare, (totalitarian) Cuban visas, taxis and other incidentals.”

I apologize for spending time clarifying this issue, amigos. But there was a day when most Americans understood what the term “totalitarian” meant. Indeed, the longest reigning totalitarian dictator in modern history himself explained the issue: “Inside the Revolution (regime), everything-- outside, nothing.” (Fidel Castro, July 16, 1961.)  Like with so many others, Castro copped this line from Benito Mussolini.

Despite all the poppycock/propaganda from the Fake News Media about “reforms” in Cuba, Raul Castro’s son Alejandro (a fanatical Stalinist and KGB-trained Colonel in Cuba’s Secret police) actually runs Cuba from behind the scenes.

In fact, when Trump-hating CIA director Brennan (secretly) traveled to Cuba in 2015 to do some advance work to help facilitate Obama’s whimpering surrender (called “opening” by the Fake Mews Media) to the Castro-Family Crime-Syndicate (called “Cuba” by the Fake News Media) the man he met with was Alejandro Castro.

You see, amigos: Cuba’s entire economic infrastructure (and especially the tourism industry infrastructure) is majority-owned — not only by the Stalinist regime’s military and secret police sectors (the only people in Cuba with guns, in case you’d forgotten) — but more specifically by the Castro family itself.

In a presentation a few years ago at a hearing by the House Foreign Affairs Committee debating travel to Cuba by U.S. citizens, Lieutenant Colonel Christopher Simmons, a recently retired Defense Intelligence Agency Cuba specialist, explained the issue in detail. He showed how through a corporation named GAESA, Raul Castro’s military owns virtually every corporation involved in Cuba’s tourism industry, among the Stalinist regime’s top money-makers lately.

And as GAESA’s chief executive officer we find none other than Raul Castro’s very son in law Maj. Luis Alberto Rodriguez Lopez-Callejas.

In fact, McGraw’s Cuba tour (business partnership with the Castro family) would have been unthinkable when Soviet subsidies kept Cuba afloat, and American music in all its forms (from rock to jazz to country) was viciously denounced by regime propaganda as “imperialist!”

Obviously things have changed. And here’s why: Take a millennial Alexandria Ocasio-Cortez supporter who lives in his divorced mother’s basement room. Say this mother finally tired of his sloth and stupidity, cut off his allowance and booted him from her basement. So he moved in with his father, who provided the new room, board and allowance.

Chances are that the Ocasio-Cortez supporter would suddenly find a way to extol the virtues of his father and forget all the horrible things he said about him while eagerly agreeing with his mother when he encountered her while raiding the refrigerator or asking for her car keys. Don’t you think? Alas, the son’s sloth and stupidity would probably remain unchanged.

Well, think of the Castro regime as that Ocasio-Cortez supporter. Back in the early 1990s his mother (Russia) finally tired of the arrangement and booted him into the street, so to speak.

So now Cuba lives with his father (tourism), while retaining essentially all of his disgusting habits. Living with this new provider requires that Cuba slightly change his “tune” – and slightly modify his behavior — but really nothing major, nothing of substance. “What’s a little lip-service,” the Ocasio-Cortez supporter snickers, “in exchange for room, board and my uninterrupted Wi-Fi?”

In brief, the Castro regime briefly “hooked-up” with Tim McGraw for the simple expedient of filling its coffers with millions more in tourist money, one of its major financial lifelines nowadays. In the meantime, Castro’s subjects – while allowed to boot-scootin-boogie a bit — essentially remain the impoverished and oppressed subjects of a totalitarian regime.

An OH!...almost forgot! As billed, Tim McGraw’s Cuba tour also offers that: “Walk in the footsteps of Hemingway and Obama in Old Havana.”

“Castro’s revolution is very pure and beautiful.” Hemingway wrote in 1960. “I’m encouraged by it. The Cuban people now have a decent chance for the first time. The people getting shot all deserve it.”

But in fact, I doubt seriously that McGraw’s tour facilitators will arrange the exact footsteps that Ernest Hemingway walked in Old Havana. Because you see, amigos, those steps often took charming old “Papa” Hemingway (also a failed KGB agent) to a ringside seat to watch and gloat during the Castro brothers’ and Che Guevara’s firing squad murder marathons.