Cuban-Americans Voted for Trump at Higher Rate than “White” Americans

Humberto Fontova
|
Posted: Nov 19, 2016 12:01 AM
Share   Tweet
The opinions expressed by columnists are their own and do not necessarily represent the views of Townhall.com. 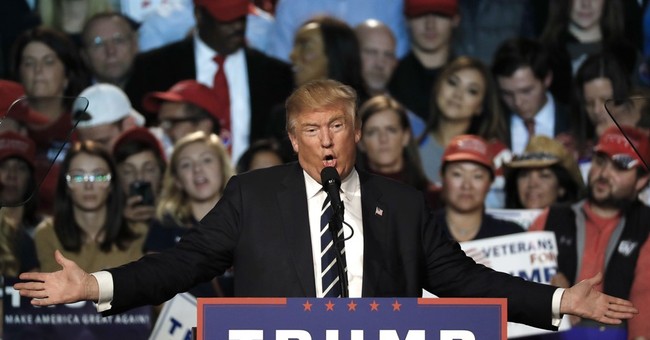 Well, if the quip “you had to be there” applies anywhere, it’s in explaining the voting habits of Americans of Cuban heritage. By “there” I mean in a communist country—but not as a tourist! Not like the tens of thousands of (mostly pinko) Americans who’ve been visiting Cuba and filling the coffers of Cuba’s terror-sponsoring Stalinist rulers the past few years, thanks to Obama.

No, instead I mean as a subject of a communist nation’s rulers. Voting Republican then becomes a reflex, an instinct—and one that drives liberals absolutely apoplectic.

“Cuban-Americans,” wrote this honored guest of the Democrat party in his book “Downsize This,” “are responsible for sleaze and influence-peddling in American politics. In every incident of national torment that has deflated our country for the past three decades, Cuban exiles are always present and involved.”

Can you imagine the media uproar if a prominent Trump-supporting celebrity—say Jon Voight or Ted Nugent-- denounced Mexican-Americans en masse for “tormenting our country with sleaze?” We’d never hear the end of it.

“Truly disgusting!” was how NBC’s Bryant Gumbel characterized the Cuban-Americans who were (peace fully) protesting the joint shanghaiing of Elian Gonzalez by the Clinton Administration and Castro regime. Yet we search in utter vain for the slightest hint by Gumbel (or any mainstream media pundit) that any demonstration’ by Black Lives Matter” might hint at “disgusting” behavior, despite the wholesale looting and vicious beatings that always characterize them.

A few years ago Georgetown professor Norman Birnbaum, who also served as an advisor to three Democratic presidential candidates and who writes for The Daily Beast, denounced “Miami-Cubans” as a “truly reprehensible!” ethnic group. Back in 2007, one of America’s most influential newspapers, the Washington Post, one that habitually endorses Democrats, ran a cartoon celebrating Cuban-Americans expulsion from the U.S. en masse. No tongue in cheek whatsoever was evident.

Ah! But all this “sleaze and influence-peddling” takes talent, amigos! Around our domino tables we snicker derisively at those bumbling Trilateralists. Between sips of our mojitos, we guffaw and slap our thighs at the incompetence of the Bilderbergers and Rothschilds. We Cuban-Americans are the Illuminati to beat all Illuminati, the slickest of the slick! We watch “Godfather II” and snort scornfully. That was a chump operation Mikey Corleone pulled on Nevada Senator Geary with that dead prostitute. We woulda had him in our pocket for half the trouble

We watch “Mr. Smith Goes to Washington” and direct our boos and hisses at Jimmy Stewart. What a fuddy-duddy.

Oh…and by the way. In this column’s title I put quotation marks around the term “white,” for a reason. Look– I’m not the one who started classifying Americans by ethnicity with regards to their voting habits, etc. Government and media busybodies (mostly liberals) started the practice. OK, fine. It’s a modern fact of life. So let’s live with it.

I’m just saying if they insist on doing this type of thing for political polls, for the government census, for political discussions, etc–then at least do it accurately.

Instead of constantly employing the cumbersome term (from a wordsmith perspective ) “Non-Cuban-Hispanics” to constantly qualify the exasperating (to liberals) political and social habits of Cuban-American–instead of this literary clumsiness–why not simply dump Cuban-Americans from the “Hispanic” or “Latino” classification altogether?

To quote the late Joan Rivers, “Can we talk?”

(WARNING! If you’re offended by facts about ethnicity seek a safe space NOW!)

“White” used to be synonymous with “Caucasian,” also meaning European. Spain is a nation in Europe comprising most of the Iberian Peninsula which was known as Hispania when part of the Roman Empire. This area of Europe was originally peopled mostly by Celtic tribes.

Unlike the rest of what came to be known as Latin America, when Columbus landed Cuba had a tiny indigenous population. Most of these hapless Native Americans quickly perished, mostly from disease also from brutalities by the settlers. So by the 1700 Cuba was populated overwhelmingly by Spaniards. Later African slaves were brought in to work the sugar plantations. But according to the UN in 1957 Cuba’s population was 71 % white.

Oh, I know…I know….For the crime of presenting these historical facts I’m about to be denounced as a “racist.” I can sense it. So here I’ll turn over the floor to a Marxist Mexican (that should cover most of the bases):

Bottom line: given all the above factors, when it comes to “deplorable” behavior and causing liberal heads to explode, Cuban-Americans have long been –to quote Freddie Mercury—“The Champion Deplorables of the World!”