CBS Shills for Castro and Obama 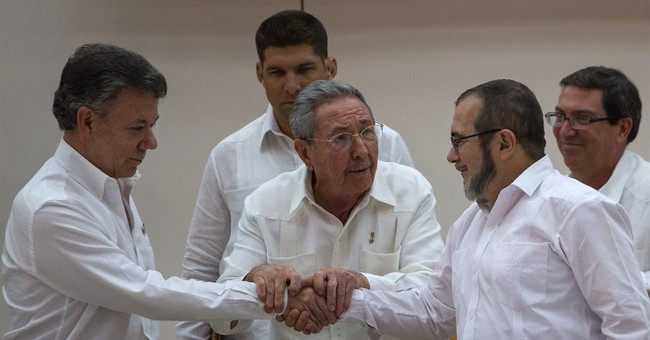 Last Sunday’s edition of CBS’ 60 Minutes featured the first ever interview with Allan Gross, the U.S. hostage held in Cuba’s prisons for five years. Gross was a contractor for USAID (United States Agency for international Development) who was arrested in Havana on Dec. 9, 2009. His “crime” was attempting to provide Cuba’s Jewish groups with satellite internet equipment.

Gross was held in KGB-and designed dungeons for 5 months where he lost over a hundred pounds. In March 2011 he was finally “tried” (by a judicial system lifted lock-stock-barrel from Stalin‘s during The Great Terror) and sentenced to a further 15 years in Castro’s dungeons. His prosecutors raved that Gross, “aimed to destroy the Revolution through the use of communication systems out of the control of authorities.”

And there’s the hitch: “control of the authorities.” Not even China’s regime seeks to control, cell-phone and internet access. Censor? Absolutely. But outright control of all means of communication is a fetish peculiar to Communists, which no longer applies to the mainland Chinese regime, though it certainly remains despicable and dangerous. No “control-freaks” have ever shackled the human body and mind with the fanaticism and efficiency of Communists.

By the way, you’ll note how the co-founder (Che Guevara) of a Stalinist regime that stifles every vestige of the very freedoms craved by young hipsters is an icon of these very hipsters. Better still, when aging hipster Richard Branson launched his “Virgin Mobile” ad campaign in Paris two years ago (introducing sophisticated cell-phone service) he considered it marvelously clever to dress up as Che Guevara. As mentioned, Guevara was co founder of a regime that--with prisons and firing squads—converted a nation with more phones and TV’S per-capita than France in 1958 into one with fewer cell-phones per-capita than Papua New Guinea.today

You cannot possibly make this stuff up!

Oh, by the way: introducing cutting-edge communications equipment into Cuba didn’t always land Americans in torture chambers. In 1957 ATT presented the Cuban “dictator” (according to every media mention) Fulgencio Batista with a Golden Telephone for his regime’s enthusiastic welcome of all of their latest technology. This Cuban “dictator” reveled in the fact that Cubans had better, more abundant and cheaper means of communications than most Europeans. You might recall the scene from Godfather II where Hyman Roth and Michael Corleone pass the Golden telephone around Batista’s conference table. This one scene contains an element of historically accuracy.

But back to Alan Gross and CBS. Gross’ Cuban ordeal finally ended last December 16th, when Obama exchanged him with Castro for three Cuban spies (Antonio Guerrero, Ramon Labanino and Gerardo Hernandez.) The latter was serving two life terms for conspiracy to murder.

CBS never referred to Alan Gross as a hostage, by the way. That’s the term used by people actually familiar with his case and with the modus operandi of the Castro regime. CBS also never gave us a clue what one of the exchanged “Cuban intelligence agents,” (Gerardo Hernandez) was convicted and jailed for. Instead they ran a brief and heart-warming “human-interest” tid-bit of the “negotiations” featuring Sen. Patrick Leahy

You see, Sen. Patrick Leahy, his wife Marcelle and the Senator’s trusty assistant Tim Reiser made several trips to Cuba in 2014 and played a major role in the “negotiations” between the U.S. and Leahy’s long-time Stalinist Cuban pals. One of these visits was to Adriana Perez the wife of Cuban spy Gerardo Hernandez. Here’s some of the show’s transcripts:

Patrick Leahy: “She (Adriana Perez) said to Marcelle, "I love my husband the way you love your husband. I may never see him out of prison. I want to have his baby. Will you help us?"

Tim Rieser (Sen. Leahy’s trusty assistant): “We talked about it, and if there's something that we can do that the Cubans care about that isn't-- doesn't cost us anything why not do it? I talked to the Bureau of Prisons. I talked to the State Department. It became clear that there was only one option, and that was artificial insemination.

So Rieser arranged for a special delivery (of Hernandez semen) from the U.S. prison to a clinic in Panama. Adriana Perez became pregnant. And a new day in Cuban relations was born.”

CBS made sure to feature heart-warming photos of the Cuban reunion where a beaming Gerardo Hernandez and his beaming (and pregnant via artificial insemination with smuggled semen) wife.

No mention (much less photos) by CBS of the three U.S. citizens and one legal U.S. resident who were murdered in cold-blood thanks to treachery by Gerardo Hernandez. You see, this “Cuban intelligence agent,” as CBS innocuously termed Hernandez, infiltrated the Cuban-exile group Brothers to the Rescue, who flew unarmed planes over the Florida straits alerting and guiding the U.S. Coast Guard to any balseros, and saving thousands of these desperate people. (Prior to Castroism, by the way, Cuba was swamped with more immigrants per-capita than the U.S., including during the Ellis Island years.)

By February of 1996, Brothers to The Rescue had flown 1,800 of these humanitarian missions and helped rescue 4,200 men, women and children. That month Gerardo Hernandez passed to Castro the flight plan for one of the Brothers’ humanitarian flights over the straits.

With this info in hand, Castro’s Top Guns, jumped into their MIGs, took off and valiantly blasted apart (in international air space) the lumbering and utterly defenseless Cessnas. Four members of the humanitarian flights were thus murdered in cold blood by communists. Three of these murdered men were U.S. citizens, one a decorated Vietnam veteran.