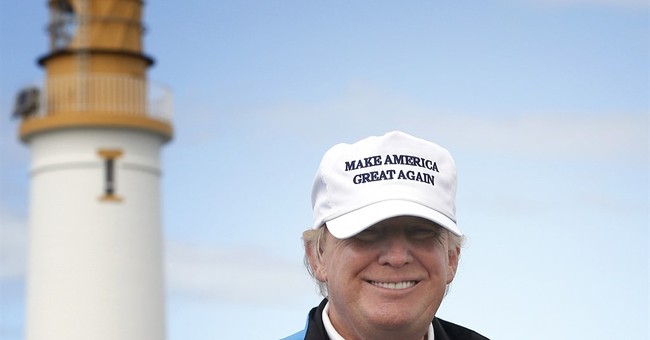 “The first time Castro leaves Cuba for any nation we have extradition treaties with, he should be detained, arrested and extradited to the U.S. for indictment and trial on charges of murder and terrorism.” (The America We Deserve, Donald Trump, 2000.)

"The real cause of misery of the Cuban people is Castro’s Marxist-Leninist economic system – not the US embargo. Castro’s Cuba is a brutal police state; Castro rules through terror, intimidation and brutality." (Donald Trump, Miami Herald, Nov. 1999.)

“If you remember, many years ago, Cuba, Fidel Castro emptied his jails and sent them to us.
Well, in a much more sophisticated way, that's what Mexico is doing also at the border so -- because they don't want the cost. The cost is tremendous.” (Donald Trump July16, 2015.)

Meaning no disrespect, Mr Trump and staff, but have you folks looked at this issue lately? In fact the relative few criminals Castro sent over during the Mariel boatlift can’t begin to compare with those he’s been sending over recently. In fact Castro’s “sophistication” at fleecing U.S. taxpayers with his fiefdom’s criminals compares to Mexico’s about like your campaign compares to Huckabee’s.

Sure, room and board at San Quentin runs pretty high. But Castro’s much too sharp to send us nickel and dime street punks nowadays, or even Tony Montanas. To wit:

“A Miami man, (Eduardo Perez) has been arrested in an unprecedented money-laundering case that alleges some part of $238 million gained from Medicare fraud was secretly pumped into the Cuban banking system.”

Ha-Hah! “Come to Cuba to look for me,” recently taunted a Cuban charged in a $1 million credit-card fraud ring in south Florida.

“Medicare fraud alone accounts for more than $2 billion in stolen funds every year in South Florida. Investigators, prosecutors and members of Congress have speculated that the Cuban government may be behind the Medicare fraud scheme.”

“The massive money laundering operation, as described by a federal prosecutor, was unprecedented because it marked the first U.S. case connecting South Florida's Medicare rackets to Cuba’s national bank.”

Given all the recent touchy-feeliness about Cuba by Obama spokespersons and the mainstream media (but I repeat myself) the media spotlight is hasn’t much focused on this Castroite racket, for obvious reasons. But when you get a minute, I invite you to peruse and follow the above links (from more regional sources) documenting the sophisticated theft of billions from U.S taxpayers by Castro.

No, these aren’t your run of the mill Pancho Villas or Tony Montana’s. All the evidence point to these criminals working on behalf of Castro’s Stalinist regime, who gets a healthy cut of their depredations on us.

Say what you want about Tony “Say hello to my little friend!” Montana. At least he reinvested his profits here in the good ‘ole USA—as did Vito and Michael Corleone, and even Tattaglia, “Pimp” though he was.

Can’t say that about the criminals Castro sends to us lately. More than pirates, these are privateers: i.e. they have a commission from Castro’s Stalinist/kleptocratic regime, who gets a cut of their booty, at the expense of the U.S. taxpayer.

But Castro much improves on Queen Elizabeth’s racket with Sir Francis “Errol Flynn” Drake or Oliver Cromwell’s with Captain Henry “Johnny Depp” Morgan. Castro gets a much bigger piece of the action from what Cubans like Eduardo Perez pirate from U.S. taxpayers (those evil Yankee imperialists,) than Queen Elizabeth and Oliver Cromwell got from what Sir Francis Drake and Henry Morgan stole from the Spanish, (those evil papists.)

“But Humberto!” some say. “This is the very type of problem that “normal” relations with Cuba will now allow us to solve, in a mature, peaceful and properly diplomatic manner, whereas before..”

HAH! If you think the Castro family regards this “normalization” as a capitulation to the Yankees that will better leverage U.S. diplomacy I suggest you apply for employment as an “intelligence analyst” at the CIA. Chances are their cunning on Castroism still prevails. Examples:

“Fidel Castro is not only NOT a communist –he’s a strong ANTI-Communist fighter. He’s ready to help us in the hemisphere’s anti-communist fight and we should share our intelligence with him. “(CIA Cuba expert” Frank Bender, April, 1959.)

“The USSR could derive considerable military advantage from the establishment of medium and intermediate range ballistic missiles in Cuba. But this would be incompatible with Soviet practice to date and with Soviet policy as we presently estimate it. (CIA Intelligence estimate pooh-poohing Cuban-exile reports of Soviet Missiles in Cuba.)

“I’ve dealt with a fairly rich number of exiles in the past but none can compare with Cubans for genuine stupidity and militant childishness.” Kennedy family crony Desmond Fitzgerald, head of CIA’s Cuban task force 1962.)

These immensely stupid and childish Cuban exiles, you see, had been warning Fitzgerald that Rolando Cubela, his pet “anti-Castro Cuban” entrusted with assassinating Castro, was actually a Castroite double-agent. Fitzgerald’s personal envoy was handing over a pen with a poison hypodermic tip to Rolando Cubela on Nov, 22, 1963, when he got news of a momentous event that nixed the project (look at the date closely.)

And so goes Cuba policy by America’s “Best and Brightest,” then and now.