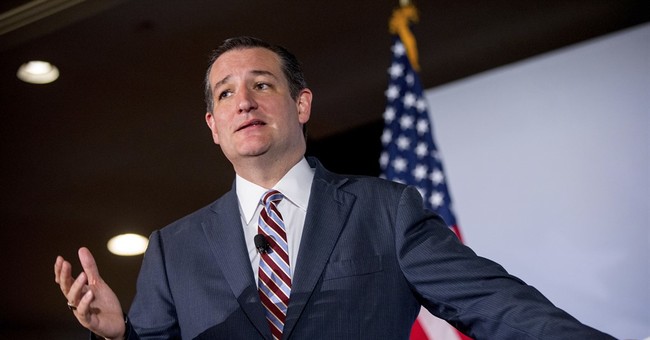 “President Barack Obama is the first president we've ever had who thinks he can choose which laws to enforce and which laws to ignore." (Senator Ted Cruz, March 6th, 2014)

“It is a time to reclaim the Constitution of the United States.” (Senator Ted Cruz, March 23rd 2015.)

In brief, President Obama’s latest submission to Stalinist dictator Castro violates U.S. law, as codified by the Cuban Liberty and Democratic Solidarity (Libertad) Act of 1996 (Codified in Title 22, Sections 6021-6091 of the U.S. Code) To wit:

SEC. 201 (13) To consider the restoration of diplomatic recognition…when the President determines that there exists a democratically elected government in Cuba.

If this president has determined that there exists a democratically elected government in Cuba than we’re in worse trouble than even I thought.

“The satisfactory resolution of property claims by a Cuban Government recognized by the United States remains an essential condition for the full resumption of economic and diplomatic relations between the United States and Cuba.”

You see, in 1960 Castro’s gunmen stole almost $10 billion (in today’s dollars) worth of property from U.S. businessmen at Soviet gunpoint. They tortured and murdered a few Americans who resisted. But Castro’s KGB-trained spies (the “diplomats” ours keep rolling-over for during “negotiations) repeatedly laugh in the face of our “negotiators” when they deign to bring up the unpleasant matter of compensation for these Castroite crimes. That such compensation is codified into U.S. law as a prerequisite for diplomatic recognition does not seem to diminish the volume of the U.S. negotiators’ slobbering, or the tempo of their tail-wagging and leg-kicking when they get their bellies rubbed by the smirking Stalinist thieves.

In brief, if this president considers the spectacle of Communist thieves laughing in the face of cowering U.S. officials as a “satisfactory resolution” of property claims by U.S. citizens against those Communist thieves, then we’re in much, much worse shape than even I thought.

"President Obama announced today he is continuing his policy of unconditional surrender to Fidel and Raul Castro by rewarding one of the most violently anti-American regimes on the planet with an embassy and an official representative of our government,” declared Ted Cruz this week. “I, for one, want the Cuban people to know that there are still those who stand with them, and who know the Castros for what they are. I will hold any nominee President Obama sends to the Senate to be ambassador to Cuba, and I will work to disapprove any new funds for embassy construction in Havana…”

But in fact, other than as yet another groveling display of submission by Obama to Castro, this “embassy opening” is pretty much a joke. You see, despite all the scribble and blather by liberal scholars, pundits, politicians and Cuba-agents-of-influence (but I repeat myself) about the U.S. bully “diplomatically isolating” poor little Cuba for lo these many years—despite all this hogwash, in fact the U.S. has maintained an embassy (euphemistically labeled an “Interest–Section”) in Havana since opened by President Jimmy Carter in 1977. For years and years and years this bustling building has employed the biggest and busiest throng of foreign diplomatic personnel in all of Cuba!

"The so-called re-establishment of relations [between the U.S. and Cuba] is really no big deal,” recently laughed Nikolai Leonov. “These relations were already in place."

Leonov is described today as a Russian “history professor.” But all during the Cold War Lieutenant Colonel Nikolai Leonov worked as the KGB’s main agent in Latin America, Leonov was Raul Castro’s case officer starting in 1953 and Ernesto “Che” Guevara’s starting in 1956. In brief, Leonov knows what he’s talking (and laughing) about.

Consider that: in 1958 with Cuba under a "U.S.-backed dictator," with the U.S. "controlling Cuba's economy,” etc. (utterly bogus history spread by liberals) the staff of the U.S. embassy in Cuba numbered 87, including Cuban employees.

At last count with supposedly no diplomatic relations with Cuba the U.S. the staff of the U.S. Interest Section in Havana numbered 361 including Cuban employees. So in fact, for more than a decade the U.S. has employed twice as many diplomatic personnel in Havana as the notoriously Castro-friendly Canadian and Mexican governments combined. In the Twilight Zone occupied by liberals this is termed "diplomatic isolation."

A huge number of these diplomatic personnel in the U.S. Interest Section, by the way, are Cubans, hired in good faith by the U.S. from the Castro regime--which we pay for their diligent “services.” Might some of them be spies? Ya think?...Just maybe? And this type of thing, so amusing to folks like veteran KGB agent Nikolai Leonov, will only get worse under a formal “embassy opening.”

Think about that for a minute: Under Obama, the U.S. taxpayer pays the Castro regime for the privilege of having the Castro regime spy on us. In brief, we pay the salaries of many of Castro’s KGB-trained spies!

"I believe that the Cuban Intelligence Service has penetrated the United States government to the same extent that the old East German STASI once penetrated the West German government,” declared retired U.S. counterintelligence officer Lieut. Col. Chris Simmons, who helped nab 80 enemy agents, including Ana Belen Montes, known as “Castro’s Queen Jewel.” Montes had managed the deepest penetration of the U.S. Department of Defense in U.S. history and in 2002 was convicted of the same rimes as Ethel and Julius Rosenberg. In brief, retired Lieut. Col. Chris Simmons knows what he’s talking about.

"Cuba is intelligence trafficker to the world," reveals Simmons. “Among many others, the U.S. military secrets stolen by Castro’s spies have been sold to former regimes in Iraq, Panama and Grenada, alerting these dictatorships to U.S. military plans against them and costing untold American lives.”

The astounded Col. Simmons also points out that the Cuban “diplomats” (Josefina Vidal and Gustavo Machin) “negotiating” with Obama’s “negotiators” for all of these earth-shaking “diplomatic breakthroughs” lately are in fact two Castroite spies he himself helped nab and boot from the U.S. back in 2003!

Recently your humble servant here tried pointing out these national security concerns to John Stossell, who cheerleads for Obama’s Cuba policy. My effort was utterly vain.