A Warning from South of the Border to Grip our Wallets 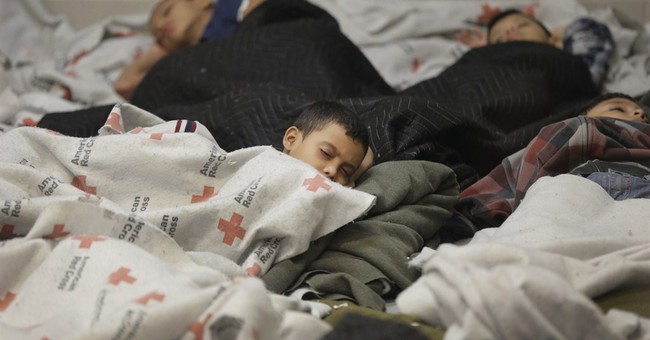 Most news from our southern border means another raid on our wallets. “How many millions (billions) will this one cost us?” we wonder about “processing” (one way or the other) the latest invasion by hapless “Latino” children. You can’t help but feel for the children, but instinctively know the real beneficiaries of all the “processing” will be the corrupt, fat- cat politicians whose own policies stifle economic growth down there, hence preventing any competition to their crony capitalism.

But no problemo! Because they can always rid themselves of the resulting underclass at our expense.

Given recent history and current U.S. policy from “The Dream Act” to “immigration reform” to “Foreign Aid”, we often view the welfare of “Latinos” as directly proportional to our tax burden. There now comes a warning from south of the border that the most corrupt, rich and swinish of “Latino” fat-cats are preparing another raid on our wallets, in cahoots as usual, with our own elites. Interestingly this warning comes from a “Latino” who himself lives south of our border, a very principled and courageous man.

“If the U.S. allows financing towards Cuba, it will be the U.S. taxpayers who would sustain the Castro regime, “ writes Cuban dissident and three-time Amnesty-International prisoner of conscience Rene Gomez Manzanoin a recent samizdat smuggled from his Communist–occupied homeland. “Since it has run out of doors to knock on (for credit), the Castro regime is now focused on the United State. Lifting the embargo would be a mistake without Cuba first respecting its people's fundamental human rights…”

The big push to end what’s left of the so-called Cuba embargo is cranking into top gear, amigos. Hillary Clinton is banging the drums during her book tour claiming “the embargo is Castro’s best friend because it gives him a foil.” (never mind that the Cuban people themselves actually want it tightened!) From CNN to the New York Times, from the AP to Reuters, from NBC to ABC (all with Castro-bestowed Havana bureaus, by the way) —all have been running pieces against what’s left of the sanctions, and citing bogus polls claiming most Americans (including Cuban-Americans!) also oppose them.

Worse still, news come from the Uruguayan press that while attending a summit In Bolivia this week Uruguayan President (and former Castroite terrorist) Jose Mujica passed along an important message from President Obama to Raul Castro: “President Obama is seeking a meeting with Raul Castro," reads the piece. “Allegedly the message was that the US government was prepared to reach an agreement with Cuba, for among other things lifting the trade embargo. Castro showed great interest in the proposal.”

We BET! President Obama has already delighted Castro by loopholing the Cuba sanctions almost to death. In executive order after executive order, President Obama abolished President Bush’s travel and remittance restrictions to Castro’s terror-sponsoring fiefdom and opened the pipeline to a point where the cash-flow from the U.S. to Cuba today via remittances and travel expenses is estimated at $4 billion a year. Almost half a million people visited Cuba from the U.S. last year. Yet while a proud Soviet satrapy Cuba received $3-5 billion annually from the Soviets. In brief, almost every year since Obama took office more cash has been flowing from the U.S. to Cuba than used to flow there from the Soviets at the height of their Cuba-sponsorship. And more people from the U.S. have been visiting than visited during the year featured in The Godfather II. Result?

In brief: record tourism = record repression. In brief: Every shred of observable evidence proves that travel to Cuba and business with its Stalinist mafia enriches and entrenches these KGB-trained and heavily-armed owners of Cuba’s tourism industry. They’re the only outfit in Cuba with guns and they remain the most highly motivated guardians of Cuba’s Stalinist and Terror-Sponsoring status-quo.

So, amigos, when you hear the reflexive: “But we do business with China! Why not Cuba?!” The comparison isn’t even an apples to oranges. It’s grapes to pumpkins.

As often mentioned here what’s left of the so-called Cuba embargo protects the U.S. taxpayer against the predatory machinations of the world’s top deadbeat, the Castro-regime who has stiffed every single creditor and who Standard and Poors refuses to even rate, regarding the figures released by its communist apparatchiks as utterly bogus. For over a decade the so-called U.S. embargo has mostly stipulated that Castro’s Stalinist regime pay cash up front through a third–party bank for all U.S. agricultural products; no Export-Import Bank (U.S. taxpayer) financing of such sales.

Among the propagandizers against these safeguards for the U.S. tax-payer (the so-called embargo) and the financiers of this propaganda we find: (David Rockefeller’s) The Council on Foreign Relations, (George Soros’) Open Society Foundation, The U.S. Chamber of Commerce. The United Nations. The Organization of American States, The Carlyle Group, Archer-Daniels-Midland, Cargill, The Brookings Institute, The Carnegie Endowment for International Peace. The Arca Foundation, The Ford Foundation, The New York Times, Hollywood, ABC, CBS, NBC, NPR, CNN. All of the above variously lobby (or finance the lobbying) of the U.S. executive branch to circumvent the legislative branch and lift the sanctions against Castro's Cuba by executive fiat. (i.e. to further install an Imperial Presidency.)

Unfortunately for all of the above the sanctions against Castro (so beneficial to the U.S. taxpayer) were codified into law with the Helms-Burton act of 1996. So if anything symbolizes grass roots U.S. constitutionalism vs Fat-Cat lobbying and Imperial Presidency it’s the survival of the so-called Cuba embargo. Not that you’d guess know any of this from consulting the mainstream media.