Answer The Questions. All of Them. Often. 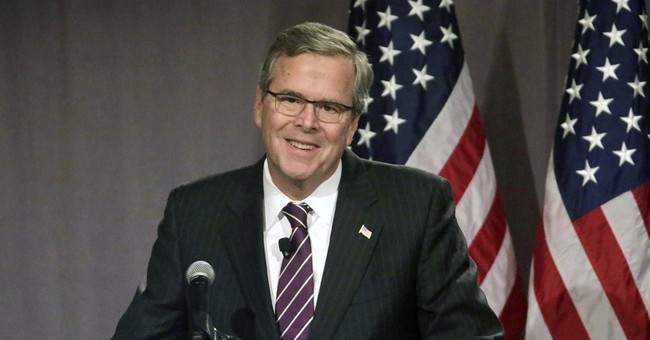 Rule One: If you want to sell anything --a candidacy, a message, a byline (and especially books)-- accept as many interviews as possible, giving priority to those settings with the largest audience, but understanding that ultimate audience often depends upon amplification of the first interview by social media. Thus do Mediaite, IJ Review, and The Federalist plus the more traditional media/political reporters at a host of key outlets such as Bloomberg Politics, The Daily Caller, The Hill, National Journal, National Review Online, Politico, Roll Call, Time, The Washington Free Beacon, The Washington Post, The Washington Examiner and of course our own Townhall.com using Twitter serve as amplifiers of message. (The New York Times and The Wall Street Journal are slower to use secondary material, even in the Twitter feeds of their reporters, but are changing to keep up with the times.)

Rule Two: If asked a question, answer that question in a straightforward, responsive way. Brief answers are fine, slightly longer ones better to allow the host some time to hear and prepare a follow-up if necessary or to figure out where to go next, and full answers are best provided they don't go past the magic one-minute mark, but contentious, rambling off-topic discourses hurt the person giving the answer and does not help in the delivery of the message. Contrast O'Reilly's answers to me with those given by David Corn. Both were regarded as tough interviews, but Corn fared terribly in most eyes --O'Reilly helped himself with my conversation-- because Corn was defensive and whiney, threatened repeatedly to hang up and quarreled with nearly every question. Of course when you agree to an interview, you aren't accepting an invitation to a debate, but to answer questions.

Which brings me to a corollary of Rule Two: There are no "gotcha questions" even if there are "gotcha answers." The National Journal's Ron Fornier wrote an excellent column on this subject yesterday. Everyone entering into the interview has to be prepared to answer --or decline to answer-- every question, and to do so with grace and humor. Read Fornier on Clinton's answer to the baseball question. Yes, there are difficult questions and lines of inquiry, but that's what thinking and rehearsing are for, and that's why Rule Three below is so key. But there aren't any questions that are off-limits, and if a question is inappropriate, the interviewee just ought to declare "That's an inappropriate question designed to injure me and I respectfully decline to answer it." You may get a follow-up or two or three, but if indeed the question is inappropriate and thus off-limits for some reason, the audience won't fault you for declining to answer it even repeatedly.

Corollary two of Rule Two: When possible, go longer, not shorter. Rushing an interviewer makes him or her try to accomplish too much in too little time. We who conduct interviews are used to filibusters, hate them, tend to step on filibusters to get to something of interest to the audience. Allowing for 30 minute sit-downs seems to me a minimum, but sometimes a quarter-hour will do. Length is the interviewee's friend, not enemy. Length allows for humor and personality to surface, and for complete answers to complicated questions. In the new era, you aren't checking off boxes by compiling lists of those you have sat down with, you are reaching deep into the social media world via every new subject matter covered, every question asked and answered. Give yourself time to make the connections and sell.

(Note: While there are no "gotcha questions," there are "ambush questions" which arrive without warning from people with whom you haven't agreed to an interview. These can be ignored.)

Finally, Rule Three: Give a lot of interviews, especially if you have a message to convey or a profile to build, and especially if you are running for the presidency. The biggest audiences are best, but radio is long form and television usually isn't, so both platforms are necessary. If being interviewed for a text-only platform, ask for a transcript to be posted somewhere online or arrange for it yourself. And when transcripts are available, use your own team to guide the Twitterverse to those portions of the interview you wish to emphasize. But give lots and lots of interviews on outlets with audiences of both numbers and/or influencers. Practice does indeed make perfect, and being in the fray has its own reward of toughening up your Q-and-A skills while extending your message/brand/byline into the constantly churning media scrum.

Wednesday's interview with Jeb Bush gave a perfect example of a candidate using one audience --mine-- to prepare for another: Jeb Bush is sitting down with Sean Hannity at CPAC this week. It also served to sharpen messages Bush had delivered already. (I chose to interview Bush about national security, a subject he had spoken on and been questioned about in Chicago last week, but which didn't attract much attention to the substance of his remarks, only the phrase he used about his father and brother.) Bush also demonstrated humor, relaxation and security with me --he did not object to one question-- as well as the necessary willingness to declare himself not ready to discuss in detail one subject --the Navy's strength, including carrier numbers and the replacement of the Ohio-class SSBNs-- while nevertheless being in command of a general knowledge that allowed for a good answer on the topic. None of this is surprising. Bush has given, what, ten thousand interviews in his career as candidate and governor?

Some have charged that Bush is as rusty as the Tin Man before Dorothy arrived, but he's getting his swings in for the new season, and I expect more of the same sort of sit-downs with me and other conservative and MSM journalists. Perry, Marco Rubio, and Scott Walker, who have all been on my show in the last couple of weeks, are doing the same thing as Bush, as are the rest of the field with the exception of New Jersey Governor Chris Christie who continues to avoid extended conversations with journalists outside of his own state. Almost all of the would-be 2016 nominees are at CPAC this week, pressing more flesh and going in harm's way on radio row, and they are all moving towards big audience debates and big sit downs with folks like Todd on Meet the Press, Stephanopoulos on This Week, Schieffer on Face the Nation, Wallace on Fox news Sunday and whomever CNN eventually designates to run State of the Nation. The Sunday show circuit provides the hottest lights because of the amplification effect of things said and seen on those sets, but the new media world doesn't allow a stately progress through small coffees and Townhalls until a sudden round of Sunday shows a month before Iowa caucuses.

Not just candidates, but journalists fighting for market share and officials trying hard to sell policies or legislators laws or the importance of hearings have to follow these rules. If they really want to sell effectively whatever it is they are pitching.

Answer the questions. All of them. Often. You may or may not rise in the polls or the public's love, but at least you won't fail out of the gate for refusing to take the opportunities offered to sell yourself or your message.

Pres. Trump and the GOP Should Want This Fight Over the Supreme Court — the Nominee Should Set off a Partisan Brawl
Redstate
Biden done with campaigning for the day at 9:22 a.m.
Hotair