Questions For Mr. Axelrod and AARP, Big Pharma and All The Special Interests Funding The Push For Obamacare 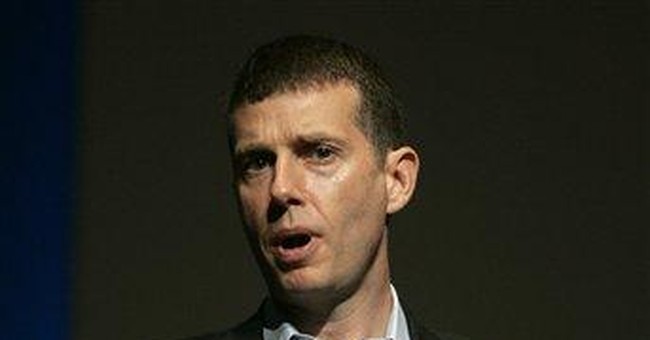 Most of the commentary on David Axelrod's contract with his former political campaign and consulting firm has missed the crucial point.  People's opinions of the appropriateness of the deal under which Axelrod will be paid two million dollars over the next many years don't matter even in the world of public opinion because few people will know Mr. Axelrod's name or care that he made an arrangement to continue to receive funds from his former firm while living on his otherwise much-reduced salary as a senior advisor to President Obama.

The deal itself may well be completely legal if a little starting to outsiders.  What matters is whether Mr. Axelrod knowingly or unknowingly broke the law in striking the deal with his former firm and then participating in negotiations with people or entities that directly or indirectly sent cash to his former firm to produce and air ads pushing the president's health care agenda.

On Wednesday, an AP story declared that "There is no evidence that Axelrod directly profited from the ads."

"So what?" should be the response to that declaration.  The federal laws governing what an advisor to the president can and cannot do are numerous, and they prohibit much more that "directly profiting from the group's ads."

Again, the only question that really matters is whether or not David Axelrod violated any of the federal laws.

To get to the bottom of that question, it will be necessary to know, in detail, the exact terms of Mr. Axelrod's deal with his firm, especially whether any of the payments he is owed are contingent upon the firm's financial performance in any of the years in which Mr. Axelrod is owed money.  Obviously if the firm has the right to waive or suspend payments in lean years, and effort by Mr. Axelrod to direct cash to the firm would be a conflict of interest.  A thorough investigation would also require details as to the firm's overall financial health --if it had obligations in excess of revenues until the controversial ad campaign revenues began to arrive, that would be a huge issue.  And of course we need to know how often Axelrod has been in contact with the owners and employees of the firm.

It is very unlikely that anyone as smart as Axelrod would do such a ham handed thing as push special interests to execute contracts with his old firm, but the key here is that the law anticipates smart people in government and thus prohibits any number of other actions such as influencing a government policy that could directly or indirectly benefit a family member.  Mr. Axelrod's son works at his old firm.  A full inspection of the situation will require disclosure of his compensation arrangement as well as his father's and whether or not the son has any financial obligations to the father.

Then there are the specifics of David Axelrod's participation in the negotiations with AARP, Big Pharma, unions and other special interests now lined up behind the president's plans and pumping millions into Axelrod's old firm. What did Mr. Axelrod urge, and when did he urge it?

What did Mr. Axelrod offer, and when did he offer it?

Does a review of the record of those negotiations reveal a collective wink and the dispatch of a team to contact the old Chicago firm?

Every single participant in the funding of the big ad campaign should be asking its staff right now for a detailed explanation of how much was contributed to the ad campaign and why it went via Chicago.  The bigs in Big Pharma etc will want to make sure they aren't participants in a Chicago-style exercise in spreading the ad wealth around the Windy City.

"Follow the money" was Deep Throat's memorable bit of advice to Woodward and Bernstein.  That's what should be happening here, not the rendering of conclusory absolutions by AP "reporters" who haven't even bothered to assemble the basic facts on which such a judgment could be made by some of the legion of experienced D.C. lawyers who routinely deal with these situations.

The laws governing such situations are more than three decades old.  There have been many prosecutions and many convictions under these laws, and also many false allegations and witch hunts.  The attempt to smear Vice President Cheney as having "retained interests" in Halliburton led by Senator Frank Lautenberg was one of the most memorable of the false allegations.

The point is that we don't know whether White House Counsel Gregory Craig botched another call or simply missed the issue here, or whether there was a thorough consideration not just of the ethics of the deal --which could be squeaky clean-- but not of the limits it puts on Axelrod's conduct as an advisor.  The quick release of any memoranda from the Counsel's Office on the subject would help the MSM do its job, if indeed the MSM is interested in doing its job with this Administration.

Put Karl Rove in this situation, and the crews outside of his house would be shouting questions at him as he headed for the car to drive to work in the morning.

Mr. Axelrod is an effective advocate for the president when he appears on television.  The next time he comes out to engage in that role, he should be spending most of his time answering questions about his deal with the firm and his negotiations with the special interests.  And all of the special interests should be pressed on what was asked of them and how they came up with the idea of using Axelrod's firm?

The only question that matters in the end is whether the president's senior advisor broke any law, but to get to that answer, lots of information will have to be developed, information the AP manifestly didn't have when it tried to issue a verdict on a case that had barely begun.