What Are They Thinking on the Weekend Before the Election 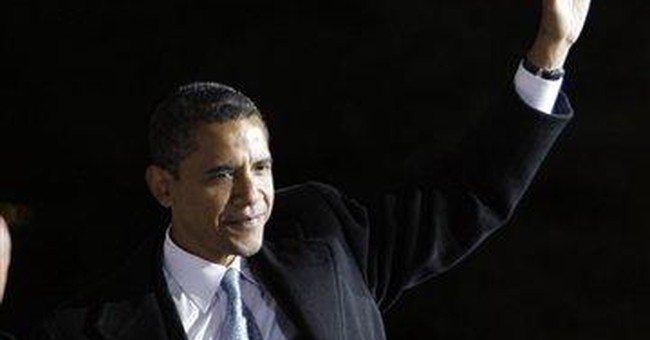 The magnificent William Safire used to channel Richard Nixon from above in an occasional column, and read the mind the various Soviet bigs.  I wish he were willing to take up pen again and do so for the friends and colleagues of Obama as we enter the final 96 hours of a very long campaign, but in his absence, here's some possible thoughts from the minds of the Team Obama 1.0:

Bill Ayers:  "How did that b***** Hannity get Prarie Fire?  Axelrod sent pros everywhere to sweep the libraries, the used book stores.  We called Hayden and the entire gang. We had it covered.  It happens I guess.  They never got the tape from the Times though.  I wonder who made that call to Sam Zell?  Wait until Tuesday night.  That's all I promised, just till the polls closed.  Will Bernadine last that long?  I'd better call home again.

What's he going to do with us?  Talk by phone?  Limos to the back door?  He can't expect us not to talk.  We are already being branded cowards by the faithful.  We had the biggest stage in the world, a chance to preach across the globe and into eternity, and we allowed ourselves to be muzzled.  But it was the right thing.  One step forward.  Two steps back.  And the books --how they will sell.  Just take a deep breath.  Walk past the cameras.  They'll be there next week, and the week thereafter and the month after that.  And Barack knows he has to listen to me.  He knows what I know.

Michael Phleger:  "I wonder how the cardinal's going to react when I talk from the steps of the West Wing about poverty in America and the opulence of his digs.  My seminary friends who never got it, never walked the walk, enjoying their scotch and their golf in Evanston, never coming to my world, now they'll be calling me asking for tours.  Let the phone ring.  We have work to do.  Barack knows what we need.  And he'll ask me.  I know he'll ask me.  I have walked the walk.  I have lived the life.  I just need the budget and the control.

What if the cardinal says no?  I'll walk.  I'll have to.  All my life I have been waiting to bring the real good news to the oppressed.  If they try and stop me from helping Barack, I'm turning in the collar.

He won't fire Fitzgerald right away, and he won't pardon me.  Not a chance.  Or maybe he will.  Big enough landslide? Get the tough stuff over in the first month.  He'll talk about mercy and my work for the poor in housing and my cooperation the probe.

Nah.  He can't.  I'm screwed. But if I play this right, I'll get my money back.  I know the score on everyone.  And I've got the e-mails on the house.  No one ever asked about my own e-mails.  Geez.  What morons.  They are safe and so am I.  I can do a few years.  The family is taken care of, and the house e-mails, well, that's all I'll ever need.

A return from exile!  A return like Moses from exile, like Jesus from Egypt.  I am back. I am coming back, stronger than ever, not bowed down but raised up. Raised up to the steps of the Untied States Capitol with my president, my protege, my son. Yes, my son.  My creation.  Praying with him. Praying for him in front to the world.  Back from exile.  Back to leave no more.  Back to tell America exactly what it needs to hear.

There are a lot of conversations going on inside a lot of heads this weekend and various operatives measure various offices for drapes and plot their lives inside an Obama Administration.  John McCain intends to interrupt those dreams, put them on hold for at least four years.  Could this cast of characters possibly keep still that long?