Reports of Our Death Are Greatly Exaggerated 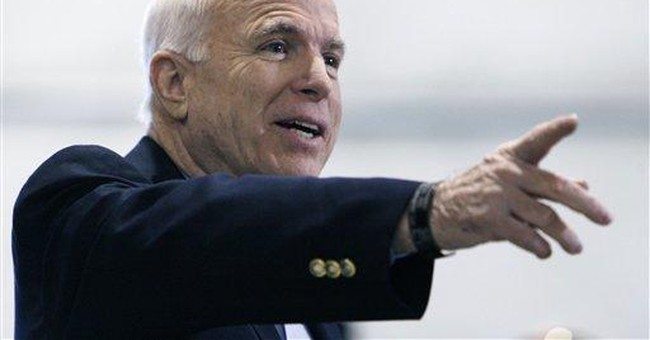 Talk radio is under assault. Again. So is Bill Belichick. Both will survive and prosper. (Though as a Cleveland Browns fan, I'd have greatly preferred the latter to have begun his run of success a few years earlier.)

A near-unbroken wall of sound has opposed John McCain's rise in the Republican primaries, an effort led by the most influential broadcaster in America --Rush Limbaugh.

But it wasn't just Rush. It was Sean Hannity, Laura Ingraham, Glenn Beck, Mark Levin, and yours truly.

Only my friend and colleague Michael Medved supported McCain among talkers with audiences in the seven figures. Neal Boortz threw in with his Fair-Tax toting ally Mike Huckabee. (Bill Bennett has maintained a balanced neutrality throughout.)

The Black Knights of the MSM have been quick to declare talk radio a ruin of its former powerful self because Senator McCain appears to have drawn the inside straight he needed to be on stage on the last night of the GOP Convention in St. Paul. But as is so often the case, the MSM is wrong and wildly so.

If anything, talk radio's audience has been growing in numbers and time-spent-listening since summer. My blog visitorship is just one measure of my audience, and it hit an all-time high for readership in January with more than 1.5 million visitors, and its readership is a fraction of radio audience listenership. I can only imagine how Rush's 20 million has zoomed, and the others' audiences as well. Not only are we covering the most interesting political story in many years, we are part of that story.

"But McCain is winning," the critics sputter. "You must be losing!"

Well, no. Not at all. Only about 10 million Republicans have voted thus far. More than six million of them have not voted for John McCain. The conservative vote is split, not gone. Some of it is even with Senator McCain because of his stalwart support of victory in Iraq. Some of it isn't registered as Republican.

Part of the problem with the MSM take is the deeply misguided idea that the audience for talk radio is an audience of followers when in fact it is an audience of activists looking for information that MSM doesn't supply. Rush pioneered the delivery of reliable news from a worldview that most MSM elites simply do not understand. Since his breakout in the late '80s, the rest of us have followed using our own styles and deliveries to open up additional delivery routes for information that otherwise would not get to our audiences. Because we have collectively delivered the goods, the audience has grown and grown.

Left-liberal talk radio has failed miserably because there are already a multitude of places to get news and information deemed valuable by liberal-left audiences, beginning with the networks and major newspapers, and on the radio from NPR. There wasn't any need for Air America. Even if it had been able to find talented broadcasters, they would have been reduced to reading the copy already provided the left via the New York Times and others in the MSM food chain.

But we do not expect our audiences to "fall in line" the way a left wing authoritarian would expect his or her audience to do. All of our programs are built on a combination of sincere passion and reasoned argument, and persuasion requires wining and losing points. The left hates the talk radio world because it is built on reason and facts which they would rather never have aired much less have to confront. Our approach is very effective in influencing conservative opinion. We have collectively counseled against a McCain vote, and the majority of Republican voters have in fact not voted for McCain, though many have. Those that have sided with the Arizona maverick haven't stopped listening, as any of us can attest by our e-mails. Nor will they. What will they do, after all? Turn to the networks or NPR?

In fact, the GOP's greatest asset for communication with its base and with the informed center remains its allies on the radio dial, which is why Republican leaders will be reaching out to the talkers no matter who the nominee is, and especially if it Senator McCain. Add up all the cable shows combined, and those audiences do not approach the weekly listenership of the syndicated shows. Compare the hours even the television programs open to conservative views have, and it is less than a quarter of the hours center-right radio hosts are broadcasting. In a news world still dominated by hard left MSMers, the only "fairness" a center-right news consumer will reliably find is on our programs. With an Obama or Clinton candidacy, the bias of the MSM will become even more pronounced even if it remains undisclosed and unacknowledged. This guarantees a greater and greater audience throughout 2008.

If Senator McCain is the nominee, we have to assume he will want to win.

Winning means a mobilized base, and mobilizing the base means communicating with it. Check back in six months. Rush will still be there, as will we all.

And either Senator Clinton or Senator Obama will wish very much that we weren't.