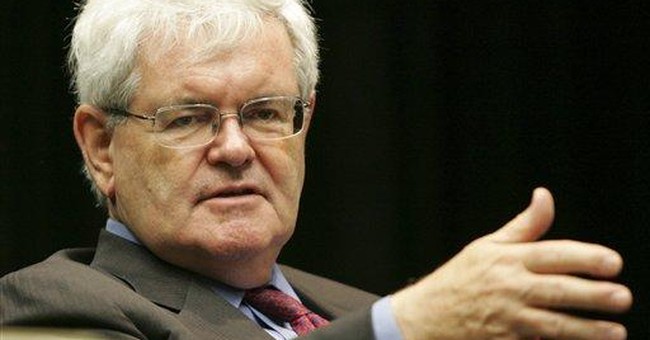 Seeking to capitalize on the righteous indignation voters are feeling toward President Barack Obama and his Congressional allies, a group of Republican politicians is dusting off an old playbook.

Led by former GOP Speaker Newt Gingrich – Washington’s preeminent “Reformer in Name Only” – this group’s plan is to bring back the “Contract with America,” the 1994 policy platform that helped propel Republicans to majorities in both the U.S. House and Senate in 1995. In unveiling his first draft of such a document, Gingrich spoke of “the clarity, the positive focus, and the election results of the 1994 contract.”

He obviously wasn’t able to speak about the post-election results of the contract, because those are frankly few and far between.

Nonetheless a second contract, according to Gingrich, “would be a powerful unifier for all those who are tired of the corruption and waste of Washington and the alien views of the secular-socialist coalition seeking to radically change America.”

Well, well. That’s tough talk – but once again, it’s all pre-election. And while Republicans are great at campaigning on limited government talking points, they’ve proven positively awful when it comes to governing according to those principles.

After all, the “corruption and waste of Washington” didn’t stop when Gingrich and his Republican Revolutionists rode into town, far from it in fact. And as for the “secular-socialist coalition,” didn’t Gingrich recently endorse a secular socialist (over a limited government Conservative Party candidate) in a New York Congressional race?

That should be America’s response to a “second contract.”

Gingrich’s 1994 plan was actually dead before arrival, meaning that the Speaker and his committee chairmen broke their balanced budget promises early on in their first appropriations process – literally days after arriving in the capital.

“We got our people into leadership,” the late Paul Weyrich, a long-time Gingrich ally, complained in 1996, “but we are not getting different policies.”

Indeed the two signature “accomplishments” of the Republican Revolution were partisan distractions – a politically-motivated government shutdown and the impeachment of President Bill Clinton. And of course after Clinton came the big government era of “Bush Republicanism,” which has been an unmitigated fiscal disaster.

Also, remember how the Gingrich contract was going to replace career politicians with “citizen legislators?”

Well more than a decade-and-a-half later, there are still nearly two dozen Republican members of the class of ’94 serving in the U.S. House. Six others have gone on to become U.S. Senators, including Sen. Lindsey Graham of South Carolina, a staunch supporter of Obama’s “cap and trade” energy tax.

“The Republicans have stopped being reformers,” former congressman John Kasich lamented shortly after the GOP was routed from power in 2006. “They’re practicing politics as usual.”

“We had succumbed to the temptation of things that we had criticized the Democrats for,” U.S. Rep. Dan Lungren added.

Indeed, Democrats won control of Congress in 2006 by pledging to restore fiscal sanity in light of Republican budget excesses – and Obama won the presidency in 2008 by promising tax cuts to the middle class.

Clearly, these “bread and circus” centrist diversions (neither of which the Democrats were ever serious about implementing) masked a sinister socialist agenda, but should Republicans be the ones we trust to make a course correction? And more importantly, can America afford the consequences of another aborted “Republican” revolution?

Much more promising a reform effort than Gingrich’s top-down contract, in my opinion, is a grassroots movement by tea party activists to create a Contract From America – a document springing up in cities and towns across America rather than originating from the corrupt centers of power in Washington, D.C.

Or for that matter the Mount Vernon Statement, which challenges candidates to pledge their allegiance to the fundamental foundations of Constitutional governance.

Ultimately, though, Republicans and Democrats alike will be judged not by their promises but by their votes – which will either protect taxpayers and promote their liberties or continue down the same bipartisan path of excess and interventionism.