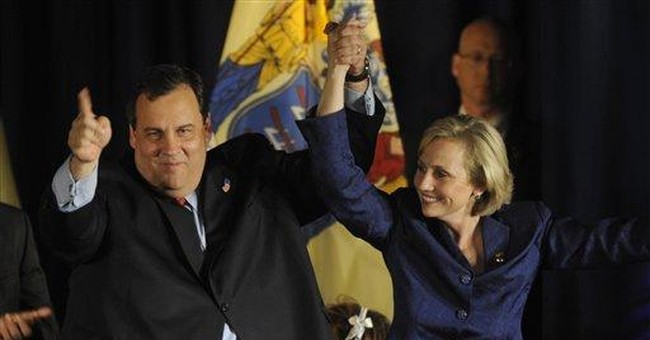 If you believe the dizzying onslaught of self-serving propaganda coming out of the partisan spin machines in Washington, D.C., neither party lost in the recently concluded off-year elections held in New Jersey, New York and Virginia, among other places.

Republicans picked up two governorships, Democrats won two U.S. Congressional races and in the “City That Never Sleeps,” a billionaire forked over $90 million of his own money to defeat a virtual unknown by a five-point margin.

Both parties – and the power players who drive them – emerged victorious, right?

That’s the story you’ll be hearing over the next few months from an army of paid political hacks – as well as the elected officials whose exposed hides all of this fuzzy political science aims to protect.

With plenty of obsequious, poll-tested rhetoric locked and loaded for mass consumption, Republicans will claim that their party is “revived” while Democrats will counter that the GOP is “divided.” Both parties will then spit out an endless stream of nuanced statistics and nauseating surrogates to prove their respective points. Meanwhile, the Obamaphiles in the mainstream media will scurry hither and yon trying desperately to alleviate the many inconveniences these November 2009 elections have created for President Barack Obama and his anti-free market agenda.

Here’s the thing, though – institutional Washington and its media sycophants can try all they want to sell this political snake oil out of both sides of their hyper-partisan mouths, but the American people who are overwhelmingly rebuking the socialist direction this nation is taking aren’t buying it. Nor does it appear that they’ll be buying it anytime soon either.

Good luck selling D.C. spin from either party to the 7.4 million Americans who are currently out of work, for example, or to the millions more Americans who are so discouraged by the job market that they have given up looking for work altogether.

Good luck selling it to the thousands of job-creating entrepreneurs and small business owners who have seen their companies go under in recent years, part of a small business failure rate that has soared from 2.4% in 2004 to over 12% today.

Good luck selling it to the families whose combined energy and health care costs could climb by as much as $8000 a year if the White House and Congress – including more than a few Republicans – are successful in passing “Cap & Trade” and a so-called “Health Care Reform” bill.

And good luck selling it to America’s greatest generation – as well as its future generations – on whose backs all of this government largesse is being foisted.

Just look beneath the Democrats most celebrated “victory” and you’ll see the handwriting on the wall – for both parties.

In the New York 23rd Congressional District, Conservative Party candidate Doug Hoffman’s stunning rise from obscurity to within a whisker of victory is more than just a temporary shock to thetwo-party system – it’s a model that will be replayed in District-after-District and race-after-race in the 2010 midterm elections and beyond.

How will such a strategy play out?

We’ll see, but Republicans and Democrats should consider this: Three weeks before election day Hoffman was polling at 16% with less than $2,000 in his campaign war chest. In other words, this unknown accountant was poised to play little more than a spoiler role.

Thanks to several high-profile endorsements and an aggressive national fundraising push, Hoffman finished with 46% of the vote. In other words, when people were educated about the differences between the three candidates in the race, Hoffman picked up 30% on his two major party rivals.

In fact, in an ironic twist it was the GOP candidate - a pro-union, pro-bailout “moderate” – whose endorsement of Owens in the final days of the campaign ultimately provided his narrow margin of victory. In Upstate New York then, it was the “revived” Republican Party that was reduced to playing the role of “spoiler.”

Assuming the GOP establishment continues to nominate politicians like Dede Scozzafava, that’s a role it should probably get used to.

NYT Columnist's Op-Ed About Liz Cheney Shows How the Left Really Feels About Her...And It's Not Shocking
Townhall
'This is truly a mental illness': Self-styled mask enforcement officer tries to shame woman at grocery checkout
Twitchy
A Major Biden Administration Scandal Is Brewing
Redstate
When You See Where George Floyd Juror Got His Anti-Cop T-Shirt You'll Understand Why He Lied to Get on the Jury
PJ Media