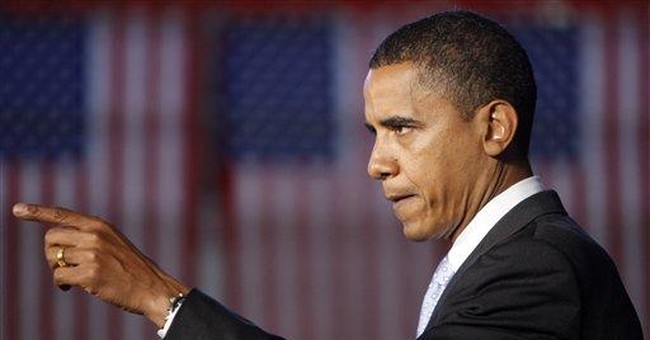 With the national political conventions now upon us, the American populace is once again being subjected to a massive bombardment of carefully-choreographed, expertly-themed media manipulation.

Invading our living rooms with glittery backdrops, colorfully-garbed talking heads and all manner of high-definition pomp and circumstance, Democrats and Republicans alike are making their respective pitches for the “hearts and minds” of the voters they seek to win over in November.

Stage-managed and scripted down to the last syllable, the goal of both parties’ propaganda machines this year is to present their candidates as agents of change, catalysts for cleaning up a corrupt Washington culture that is – as it ever was – the “other party’s” mess.

Yet with Congressional approval ratings approaching single digits and evidence mounting that Americans are tuning out all of the political noise, is either party’s blitzkrieg of bad reality television going to work?

And more importantly, is either party truly capable of delivering the kind of “change” Americans want?

Now more than ever, the answer is “No.”

Sure, Democrat Barack Obama has endeavored to make “Change” his middle name, whereas Republican John McCain has dusted off his “Maverick” mantle for another run at the office which eluded him eight years ago. But neither candidate seems capable of moving past platitudes, and neither party seems capable of endorsing policies that reflect the true will of the American people.

For Democrats, “change” means another explosion of the size and scope of the federal government, while for Republicans “change” means tinkering around the edges of existing government entitlements which are dragging this country off a fast-approaching fiscal cliff.

Mired in an economic recession due to government overspending, neither party seems to recognize the fact that Americans are beset on all sides by new encroachments on their personal freedom and their pocketbooks. These impediments loom even larger the bigger government gets and the further it strays from the ideals upon which it was founded.

Yet while our deflated economy takes its toll on families and small businesses from coast to coast, taxpayer-funded special interests and politicians in Washington continue feeding the beast of big government and blocking the elimination of programs that government had no business creating in the first place.

And no matter how loudly they protest, the truth is that both parties share equally in the blame for our deepening economic crisis.

After all, it was the Republican Party – the party of “less government” – which grew the national debt by $3 trillion while it was in power, only to lose that power in 2006 to the party of “more government,” which campaigned on making government “live within its means” but is already running up record deficits of its own.

With zero credibility, the best both parties can do is obfuscate and misdirect, with Obama and the Democrats clinging to the myth of spending sustainability and McCain and the Republicans luring voters’ eyes overseas (and away from the GOP’s record of fiscal recklessness).

Neither party, it seems, has the courage to do what is necessary to truly change this country.

The result of this twin partisan failure, of course, is the fact that the political class is discussing all of the wrong things.

For example, the long-overdue debate as to why our government does a million and one things it was never meant to do simply isn’t on our politicians’ radar screens any longer. Similarly, the debilitating effect of government’s overreaching continues to inflict on our liberties and our livelihoods is also shuffled off to the side.

Voters know all too well the consequences of our politicians’ insatiable appetites, because they are currently struggling to balance their own budgets in order to provide for the taxes that sustain them.

Taxpayers are yearning for “change,” but until leaders in both parties take a long, hard look at the definition of that word they are advancing via their glam rock conventions, we will end up with nothing but more of the same.