Horace Cooper
|
Posted: Jul 01, 2019 1:33 PM
Share   Tweet
The opinions expressed by columnists are their own and do not necessarily represent the views of Townhall.com. 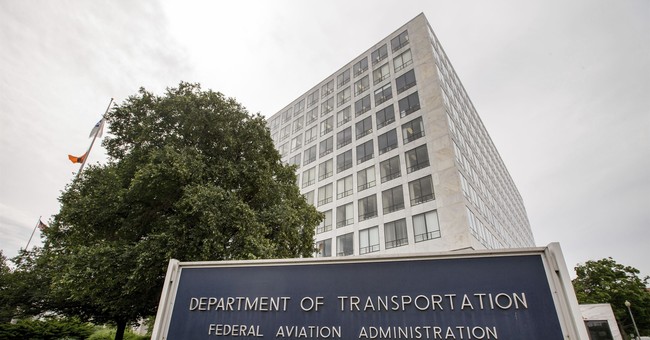 Two things happened last week that may not seem connected, but are. The first was the release by the White House Council of Economic Advisors of a new report showing the deregulatory accomplishments of the Trump administration. The second was the gathering of nearly 1,000 social conservative activists from across the country for the annual conference held by the Faith and Freedom Coalition.

This thread manifests itself in two ways. The first is that deregulation is more important for small businesses than larger businesses, and smaller businesses tend to be family-owned.

Wherever an industry sits along the perceived political spectrum, whether tech, agriculture, or consumer goods oriented, larger companies tend not to mind too much when the government layers on new bureaucratic mandates. After all, they already have armies of lawyers and accountants on the payroll to handle just such items. But smaller businesses – which again, are much more likely to be family-owned operations – have much narrower margins to afford expert counsel on how to cope with figuring out new requirements, and small-business owners are too busy running the actual store to have to spend hundreds of hours on overly burdensome fine print.

The second aspect of this thread involves the family economics side. When regulatory costs are reduced, that is going to benefit consumer households as well. Moms and dads out doing the shopping or sending the kids to a summer camp for a week or even when buying a new car are going to notice the incremental costs – or cost reductions – and it’s going to make things easier, especially for the working-class and middle-class families that responded so favorably to Donald Trump’s campaign in 2016.

The agency that perhaps best shows this intersection is the Department of Transportation -- which you wouldn’t automatically think of when considering last week’s gathering of social conservative activists at the Faith and Freedom Conference here in Washington. And yet, on Friday morning, you had Transportation Secretary Elaine Chao, winning multiple rounds of applause from those in the room who had come in from all around the country. Chao was one of at least four cabinet secretaries that addressed the gathering, with HUD Secretary Ben Carson, Labor Secretary Alex Acosta, and Education Secretary Betsy DeVos all delivering remarks.

Nevertheless, it’s Chao who is doing the best job implementing the Trump agenda on deregulation. Chao’s DOT is regularly assessed as among the best performers in the cabinet for deregulation and efficiency, including by a study last year from the Mercatus Center at George Mason University.

Perhaps the best example of the work DOT is doing is the CAFE rule. The Corporate Average Fuel Economy reform is being done jointly with the EPA. It may be the single largest deregulatory action of the entire Trump administration. The CAFE rules are promulgated under a 1975 law that requires the federal government to set minimum fuel efficiency standards, and can get extremely expensive, if the standards are set higher than technological breakthroughs can accommodate. Under the Obama administration, the rules were set at such extreme levels that it would have become much harder – or impossible – for a family of modest means to buy a new car and would have simultaneously wreaked havoc for Americans working in the car manufacturing industry. The Obama administration’s low-end estimate was that cars might only increase in cost by $2,000 to $3,000, which is bad enough, but other estimates had the cost increase as high as $10,000.

Thanks to the work being done by Chao’s team, the deregulatory action here will save the ability of families – especially families with children – to afford a decent-size family vehicle. Initial estimates have the cost savings as high as $500 billion – a staggering amount for a single regulation.

A casual glance at the Trump administration’s most recent regulatory agenda shows that there’s a lot more where that came from. DOT is also working on improving flexibility for trucker hours of service, which likely will not only reduce costs for US households, but should also improve safety. And other agencies, such as EPA (rules on affordable energy), the Labor Department (rules on financial advice and small-business franchising), and HUD (rules on development restrictions) are also pursuing initiatives that will save money in the family budget.

All of which is to say that while the Trump administration is – rightly – making a big show of its commitment to appointing good judges and protecting the sanctity of human life, it is also getting a lot done in less-flashy ways. The deregulatory agenda will strengthen the family and make it more possible than ever for small family businesses to operate and for families to be able to balance their budgets.