Why I’m Running to Be New Jersey’s Next Governor

Hirsh Singh
|
Posted: Apr 27, 2021 12:01 AM
Share   Tweet
The opinions expressed by columnists are their own and do not necessarily represent the views of Townhall.com. 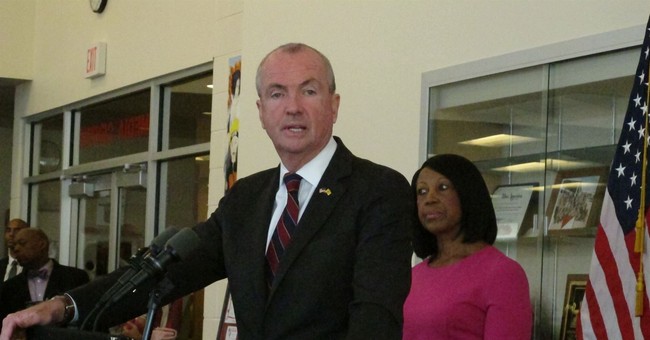 We must stand up to the Democrat Party lies and their allies in the media. If you listen to them, you’ve probably heard that the 2020 election cycle was a stinging backlash against President Trump and his America First agenda. But this tired, half-baked theory couldn’t be further from reality. In fact, New Jersey voters cast nearly 350,000 more ballots for President Trump in 2020 than they did in 2016 – even with the dubious mail-in voting practices put in place at the 11th hour by Democrat Governor Phil Murphy.

The truth, which more than 74 million Americans know well, is that President Trump’s vision for an America that is proud and prosperous is alive and well, and that energetic, principled leaders have the opportunity to see this dream to fruition. I’m running for Governor to be that leader in New Jersey, and to restore my home state to its rightful place as a global leader in industry, innovation, and individual freedom. I know the people of New Jersey are ready for a leader who trusts the people of this state to safely re-open and won’t cave to the radical left and establishment Washington politicians. New Jersey needs a new leader who empowers the people, not the government, to unleash the full economic potential of our state after years of neglect and mismanagement at the hands of Phil Murphy and career politicians.

While many other parts of the country were thriving under President Trump’s pro-growth, America First agenda prior to the COVID-19 pandemic, New Jersey was left struggling under the oppressive regime of Democrats in Trenton. Every time the Trump administration passed a policy to benefit working Americans, there was Governor Murphy and his big-government cronies, doing all they could to siphon newly created wealth away from hard-working families and into the pockets of government bureaucrats. For example, even after President Trump signed into law the historic 2017 Tax Cuts and Jobs Act, New Jersey continued to have the highest property taxes in the nation, keeping the American Dream of owning property out of reach for many working and middle-class New Jersey families.

The COVID-19 pandemic has only further underscored the full scale of New Jersey Democrats’ corruption and incompetence, which has now cost thousands of lives. Despite having some of the harshest lockdowns anywhere in the world, New Jersey has the highest COVID-19 death rate per capita. And where was Phil Murphy while patients sick with COVID-19 suffered in hospital beds and small business owners struggled to stay above water thanks to his unlawful executive orders? He was himself violating those same orders and joining leftist protests in the streets, all in between TV lectures aimed at faith communities about the danger of gathering in large groups.

I understand first-hand the power of the American Dream, and why we can’t afford to allow the government to deny this dream to New Jerseyans any longer. My grandfather immigrated to New Jersey in 1974 because he believed that through hard work, perseverance, and the indomitable American Spirit, anyone can succeed. He brought my father here because he saw that America is the greatest country in the world, with a proud history of empowering industrious individuals to succeed. Like so many other immigrants, my father started a small business that grew into a successful enterprise that I was proud to join and continue to grow. Now, I’ve spent more than a decade engineering our most advanced technologies for our men and women in uniform and protecting our military and civilian forces at home and abroad.

The principles President Trump fought for during his four years in office are the ideals that I will defend every day as the next Governor of New Jersey. When I take office, I’ll immediately implement a safe reopening plan for New Jersey’s economy and roll back job-killing Democrat regulations. I’ll solve the state’s debt crisis by promoting economic growth and end the criminal mismanagement of the pension system. I’ll defend life, law and order, and the Second Amendment, hold Big Tech accountable, fast track infrastructure projects like the Gateway Tunnel and the Blue Comet Train and Cape May Lewes Delaware Bridge, promote school choice, and ensure that our children are not indoctrinated by leftist ideology in our classrooms.

In short, I will work, day and night, tooth and nail for the people of New Jersey just as they deserve, and just as Democrats have failed to do for so many years. Phil Murphy thinks he can coast into another term as governor after years of unmitigated failure. And I’m here to stop him.