Georgia Needs To Keep A Handel On Economic Growth

Herman Cain
|
Posted: Oct 17, 2018 12:01 AM
Share   Tweet
The opinions expressed by columnists are their own and do not necessarily represent the views of Townhall.com. 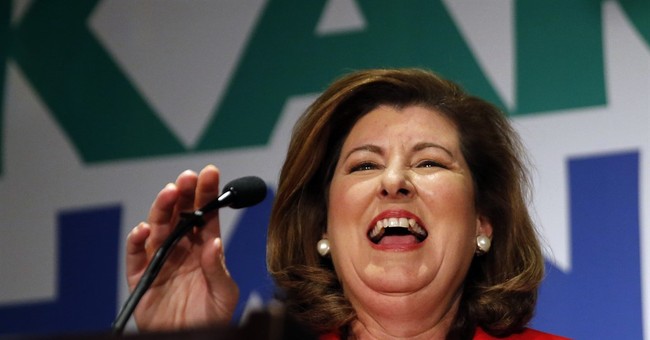 Republican Congresswoman Karen Handel is an exceptional lawmaker who has diligently worked to make Georgia great, which is precisely why the Democrats are after her again in this election.

The Democrat Party’s game plan is simple -- take control of Congress in the midterms and then scrap everything that President Trump has worked so hard to accomplish for our communities.

The fact that Handel has been an ally of President Trump and his winning economic revival has only made her a target of the power-hungry Democrats who will stop at nothing to achieve their destructive aspirations.

Before making a decision in November, Georgia voters should step back and take a good look at what has happened to their state in recent years.

Despite the constant criticism that the President receives from Democrats, his policies have worked wonders for Georgia.

In June, the state’s economy was ranked the ninth best in the country, according to a study by WalletHub that evaluated states on metrics related to “economic health,” “economic activity,” and “innovation potential.”

Meanwhile, Georgia’s unemployment rate has dropped to just 3.8 percent -- the lowest mark since the early 2000s.

The ongoing economic boom stands in sharp contrast to the previous decade of failed Obama-era policies that stifled Georgia’s boundless potential. Between 2009 and 2012, the state’s unemployment rate hovered above nine percent, peaking at 10.6 percent in 2010.

But President Trump could not turn the economy around on his own -- he needed lawmakers who would back his economic vision and fight for his policies against Democrat resistance.

When Handel entered Georgia’s special election in 2017, President Trump quickly recognized her potential and urged voters to support her on Election Day.

Handel has delivered on the President’s expectations.

During her time in office, the congresswoman has voted in line with President Trump’s position over 87 percent of the time, supporting the administration’s tax cuts, crackdown on illegal immigration, healthcare reform, and other key positions.

“This is a historic moment,” the lawmaker said after the House passed the first round of tax cuts. “The provisions of this tax cut bill will be transformative for hardworking American families and American companies, especially our small businesses.”

The future of Georgia, however, depends entirely on what Congress does next.

While President Trump only needed two years to turn the economy around, securing a future of prosperity is a different challenge altogether -- and he will need all of his Republican allies to unite behind the next round of economic policies.

Last week, the House delivered on Tax Reform 2.0 -- a follow-up bill that would make the previous round of tax cuts permanent. But despite its passage through the House, experts predict that the Senate will not even debate the new tax reform package.

If Georgians want to see continued economic growth, voting for Handel is an obvious choice this November.

Unlike the obstructionist Democrats, who will do everything they can to stonewall and reverse President Trump’s policies, Handel will continue fighting for economic policies that empower Georgia's working families.

Handel’s resilience in the 2017 special election proved that she’s the right choice for Georgia’s 6th District. Democrats poured in millions trying to flip the district blue, but the people decided that the liberal agenda of high taxes and strict regulations just wasn’t going to work.

That same reasoning, and a record of impressive results by Karen Handel, should lead to the same conclusion for voters on November 6th.

Herman Cain is former CEO of the National Restaurant Association and a former presidential candidate.