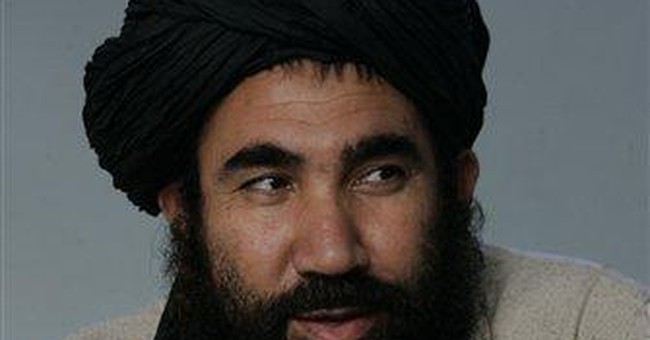 Based on hints, feints, public pronouncements, and off the record commentary, the administration’s stance toward Iran is coming into focus. Without any question, military action against Iran is off the agenda. The Obama administration will do nothing to prevent the further enrichment of uranium by Iran’s mullahs, notwithstanding who is elected in that nation’s upcoming vote.

The negotiations with Iran are based on the premise that Iran can produce as much enriched uranium as it wants as long as a nuclear bomb isn’t manufactured. In other words, Obama seeks a “Japanese solution,” the conditions for a bomb without actually making one.

For some, this is a distinction without a difference since the bomb can be made in days if deployment is in the cards. If Obama can get the Iranians to agree to this arrangement with adequate blandishments provided by our side, including the lifting of sanctions, he will announce with great fanfare that “peace” between Iran and the West has been achieved. For keen observers of the region, it will be regarded as a “Munich peace.” For others, it will be seen as a significant diplomatic breakthrough.

In order to mollify Israeli leaders that this deal isn’t threatening to that nation’s survival, Obama will argue that the United States stands committed to employ its nuclear umbrella to protect Israel against nuclear attack. Although this offer will be made with apparent sincerity, it is hard to believe that Obama would be willing to risk the safety of New York in order to protect Tel Aviv. Moreover, it is also hard to believe any serious official in Israel will accept this proposal, albeit other options may not be available.

The Obama administration has made it clear that it will punish Israel if it decides to attack Iran unilaterally. Having failed to contain Iran, the United States is concentrating on restraining Israel. Administration contingency plans include a formal condemnation of Israel, support for a United Nations Security Council resolution that could include sanctions against Israel and suspending military aid to the Jewish state.

The big question is what the Obama administration will do if Israel, determining that Iran with the capacity to build nuclear weapons, is an existential threat and despite, U.S. disapproval, attacks Iran in any case. Moreover, how will President Obama react if Iran retaliates against Israel as well as shutting down the 29 mile wide Strait of Hormuz, through which twenty percent of the world’s crude oil is transported? Would the U.S. fight back, would it blame Israel for the preemptive attack on Iran appealing to the “Muslim world” for understanding?

Iran, that has vowed “to wipe Israel off the map,” and its Hezbollah and Hamas proxies would retaliate with missile launches on Tel Aviv and Haifa should any attack on Iran occur. For Israel to be even marginally successful, it must eliminate missile installations in Gaza, Lebanon and Iran – a truly formidable military objective.

Decades of appeasement and accommodations with Iran have led to the present impasse. These policy blunders cannot be attributed to President Obama. In fact, blame belongs on both sides of the political aisle. However, what distinguishes Obama’s diplomatic initiative from others is the “downgrading” of Israel in order to strike a “grand bargain” with Iran for regional “pacification.” Whether Prime Minister Bibi Netanyahu wants it or not, Jerusalem is now on a collision course with Washington.

Israelis may be understandably stunned by the evolution of events. They are on the horns of a dilemma. Netanyahu has responded to the emerging U.S. position by noting that he will be accommodative on any argument with the Palestinians if Obama can negate the Iranian threat. He is attempting to establish a nexus between a Palestinian accord and the elimination of this threat. After all, he contends, if Iran is in the position to build nuclear weapons, the weapons serve as a cover for Hamas missile attacks against the state of Israel since escalation could lead to a nuclear exchange and should be avoided at all cost.

The Obama administration position is 180 degrees in a different direction. It appears to be arguing that an accommodative Israel that makes a deal with the Palestinians for a separate state will have American protection against a possible Iranian nuclear attack. But the first and overarching responsibility lies with Israel to arrange its negotiated settlement with Palestinian leaders.

President Obama believes time is on his side since he has already conceded with his “engagement” drive that Iran will have the time to enrich enough uranium to build a nuclear weapon. Prime Minister Netanyahu, unable to accept the potential threat, feels time is of the essence. The closer Iran gets to the fateful “tipping point,” the closer Israel is to survival issues.

Erstwhile President Jimmy Carter tried to assuage Israeli leaders in 1979 by noting that his craven concession to Iranian leaders did not pose a threat to Israel. Is Barack Obama preparing to go one step further in downgrading the importance of Israel in his attenuated negotiation with Iran? History is waiting impatiently for an answer and the world waits with bated breath.