I Lost My Country 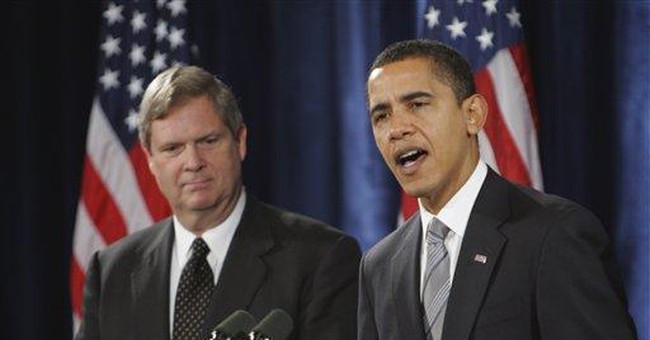 The results are in and my candidate lost the presidency. Since I love this country, I wish the newly named President Barack Obama every success. But this was an election unlike any other. I don’t think the Republicans merely lost an election, I believe many of us lost a country.

This was a land that once rewarded hard work and enterprise. A place where one’s word was his bond. America was the land of opportunity. We were a people to be envied, not only because we had the highest standard living, but because we had the greatest degree of stability.

Americans were notoriously optimistic because we counted on tomorrow being better than yesterday. We were an open people dependent on fair play and a free market bounded by a standard of virtue. With all the blemishes in our past and breaches in our own ethics, we were a model of civic rectitude. Those who wished to bilk the system would be discovered and isolated: “Dems that gives, gets.”

There was a time not so long ago when people did not depend on government to bail them out of financial difficulty, a time when the nanny state bred apprehension, not affection. Now, it seems, in the new America almost everyone wants a free ride. The non-taxpayer wants a rebate from the taxpayer. The poor man wants everything the rich man has and he wants the rich man to give it to him.

Enemies of the nation, it turns out, are not enemies at all; we merely defined them as adversaries. Had we been clever in the past, we could have defined them out of existence. All we have to do is engage in “soft power,” diplomacy and clever negotiating skill. Surely those who want to kill us will be persuaded that swords should be converted into plowshares. It’s odd that Osama bin Laden doesn’t seem to embrace this position.

The America of now is one where Orwellian logic rules. Forced redistribution of wealth is fairness. Taxes are patriotic. The free market should be a regulated market. Big government is good for you. Politicians know what kind of healthcare is best for you. Choice should be limited, except when it comes to abortion. Power comes from being powerless. Progressive education is designed to promote progress toward socialism. Race doesn’t count unless a person of color tells you it counts. Higher education gets lower each year. Those who create our problems should be asked to solve them. Religion should be a private matter that does not inform public morality. Liberal is radical. Free speech is selective speech. Courage is impetuousness.

Yes, many Americans want change. The level of dissatisfaction runs deep. But the national cri de coeur hasn’t a direction. That’s what makes it so dangerous. Notwithstanding the meltdown on Wall Street, Americans live better than at any moment in our collective history, yet despair is ubiquitous. Admittedly observing 401K accounts disappearing as soap bubbles will make anyone angry. Nonetheless, it is a privilege to live in the land of the free, a privilege now regarded as an entitlement.

In an attempt to address the pent up demand for housing, government officials violated every principle of economics and then blamed an unregulated market for the subsequent mortgage failure. It was once wrong to use the instrument of government finance to satisfy a constituency and then claim an unregulated market is what ails us. It was once wrong to lie in a campaign and still is except when the media panjandrums avert their gaze for the lies of a favored candidate.

Surely we face threats across the globe that cannot be easily forestalled. Arguably the most significant threat is from within, in the form of an unregulated government, a government large, intrusive and seductive. This is the new American government that promises everything and demands very little from its citizens. “Shop until you drop” is the national anthem. After all, you don’t have to fight if you don’t want to and you don’t have to sacrifice if that’s too much for you. All you have to do is visit malls and keep opinions to yourself. Opinions are important since Truth Squads want to be sure you don’t criticize the chosen candidate.

Where is my America, the place of fair play, individual rights, the rule of law and respect for private property? Was the past merely a dream from which I have awakened? Can that America of exceptionalism return? Can it find its way back into the public consciousness?