Make the Best Out of the Year of Rooster

Helen Raleigh  |  Jan 28, 2017
The opinions expressed by columnists are their own and do not necessarily represent the views of Townhall.com.
Top Columns
Trending on Townhall Media

By now, many people in the West have long recovered from their New Year's Eve hangovers. But for many people in East Asia, especially in China, the real new year just arrived and the most significant new year celebrations just started.  Of course, I'm referring to the Chinese New Year.

Each lunar year is associated with a Chinese zodiac (??)animal. The zodiac was based on Chinese astrology, which assigns 12 animal signs to a 12-year cycle in this order: Rat, Ox, Tiger, Rabbit, Dragon, Snake, Horse, Goat, Monkey, Rooster, Dog, and Pig.   For 2017, Chinese New Year's day falls on January 28th and it will mark the beginning of the year of Rooster. The year 2019 will be the year of Pig. After that, the cycle starts from the year of Rat again.

How did these 12 animals come to be chosen to represent a 12-year cycle? The mythology points to a story of a big "race." A long time ago, the Jade Emperor (the Chinese version of the god in heaven), called for a race of all animals. The first 12 who won the race would be named for the 12-year cycle. Like all the other races in life, some animals won the race fair and square, based on their own ability; while others won by deploying subterfuge. In the end, the 12 animals who won were the 12 animals that the Chinese zodiac used for more than 2000 years.

The zodiac has been a very important element in traditional Chinese culture. Today, people still believe that the animal sign of a person's birth can foretell one's personality, strength and weaknesses, luck and misfortunes in life. In other words, your fate is pre-determined through your zodiac sign.

Just for fun, I looked up the zodiac signs for president Donald Trump, Russia's president Vladimir Putin and China's president Xi Jinping. Trump was born on June 14, 1946, the year of Dog. It's saidthat "Those born under the Chinese Zodiac sign of the Dog are loyal, faithful, honest, distrustful, often guilty of telling white lies, temperamental, prone to mood swings, dogmatic, and sensitive. Dogs excel in business but have trouble finding mates." Using "temperamental and prone to mood swings" to describe Trump seems pretty accurate to me.

Putin was born on October 7, 1952, the year of Dragon. It's said that "those born under the Chinese Zodiac sign of the Dragon are energetic and warm-hearted, charismatic, lucky at love and egotistic. They’re natural born leaders, good at giving orders and doing what’s necessary to remain on top."  Does anyone doubt Putin is someone who will do whatever it takes to grab power?

Xi was born on June 15, 1953, the year of Snake. It's said that "those born under the Chinese Zodiac sign of the Snake are seductive, gregarious, introverted, generous, charming, good with money, analytical, insecure, jealous, slightly dangerous, smart, they rely on gut feelings, are hard-working and intelligent. Compatible with Rooster or Ox." Many Chinese political dissidents probably would argue that this zodiac predication doesn't go far enough because Xi and his oppressive policies are "considerably" rather than "slightly" dangerous.

In conclusion, it seems to me that Chinese people have been right all along: the Chinese zodiac works like a charm. Or as this siteclaims, "so accurate it's scary."

Chinese people have long believed that your zodiac sign not only says a lot about who you are, but also predicts with whom you will get along with, aka your compatibility. Not surprisingly, the zodiac has been widely used by traditional match-makers.  Because for the sake of the happiness of the marriage, the match-maker needs to make sure that the animal signs of both the bride and the groom are compatible to one another. This compatibility later extends beyond romance to any work relationships too.

In all seriousness, although I was born and raised in China, I never believed that anyone's fate was pre-determinedby when they were born.  While the Chinese zodiac provides many fun cultural aspects, what kind of life you have is the direct result of actions you took and choices you made.  So to all of us, I say, may you make the best out of the year of Rooster! 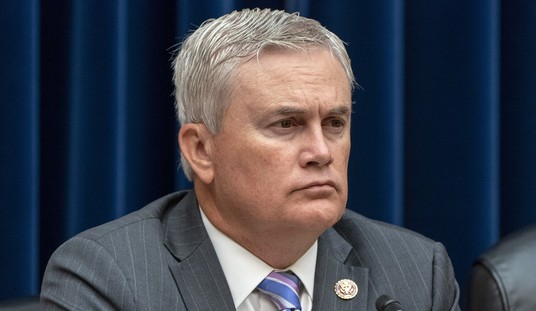