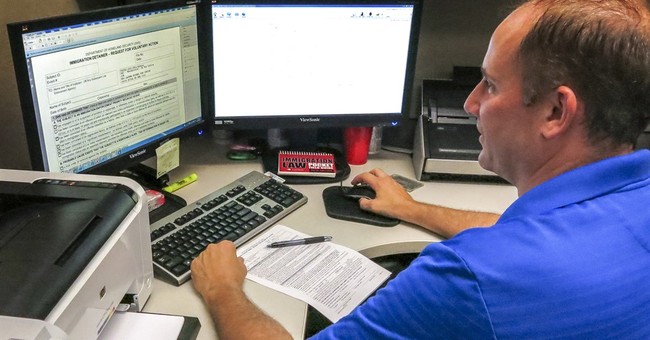 The US immigration laws are some of the most complex laws we have. As a matter of fact, some consider the US immigration laws to be more complex than our tax code and this is not a compliment. Most legal immigrants came to the US through these main channels: sponsored by a family member who is already a US citizen or permanent resident; sponsored by an employer, and through politic asylum/refugee status. However, there are over two dozen immigration visa categories through which, people outside of the US can obtain green cards without going through the normal legal immigration channels. For example, according to the United States Citizenship and Immigration Services (USCIS), there is a special program for "a person who was born in Korea, Vietnam, Laos, Kampuchea (Cambodia), or Thailand between January 1, 1951 and October 21, 1982 and fathered by a US citizen to get a green card." Another special program is for "certain individuals from Guatemala, El Salvador, and the former Soviet bloc countries who entered the United States and applied for asylum."

Some of these unique programs were created to serve more of a political purpose at one point of time, such as the special treatment of Cuban citizens and citizens from South Vietnam. In these cases, a distinctive immigration program became a foreign policy tool to combat the Cold War against Communism. Even though the historical context justifying the existence of such programs has long changed, in President Reagan's words, "Government programs, once launched, never disappear."

Some other special programs, however, were created in order to get around the long delay and backlog of normal immigration channels. For example, the USCIS explained on its website that "due to a backlog of immigrant visa petitions at that time, a long separation could occur between the overseas ffiancée and their intended US citizen spouse." Thus, the K-visa category, including K-3 fiancée visa and K-4 stepchildren visa, was created by the Legal Immigration and Family Equity (LIFE) Act amendments of 2000, as a way to expedite the immigration process, Yet the very existence of these programs not only made the immigration laws more complex than ever, it further exacerbates the long delay and back log for all immigrants.

Some of the special programs should never have existed, such as the Visa lottery program, also known as the Diversity Visa (DV) program, mandated by the Immigration Act of 1990. The stated goal was to bring individuals to the US from nations that had been sending few immigrants in the past. The word “diversity” here doesn’t refer to race, but refers to different “country of origin.” Anyone can apply as long as the applicant’s home country is not on the exclusion list. There is no cost to register. The admission criteria are very low. Every year, it allows 50,000 people to become a legal US resident overnight without any family or other ties to the US Once they’ve become a legal US resident, they can move freely around the country This program serves no national interests and is an administrative nightmare because it drew more than 14 million applicants in both 2014 and 2015. The US is the only country in the world to actively recruit immigrants in such fashion.

Each of these two dozen special visa programs has its own rules, eligibility requirement and screening process. In addition to immigration visas, USCIS also administers over two dozen non immigration visa programs for visitors, students and others. The complexity of our entire immigration system stretches federal resources thin and creates black holes to be easily exploited by terrorists such as the female San Bernardino shooter.

To keep America safe, we need to simplify our immigration system by eliminating visa programs that no longer serve our nation's interests and consolidate similar programs under one umbrella. Simplification will allow USCIS agents to focus their limited resources on screening potential high risk applicants and stop the threats before they reach our homeland. It's time Congress abandons the one-off legislative approach but take on an immigration overhaul in order to keep America safe.