We Have to Keep Pushing School Choice Programs 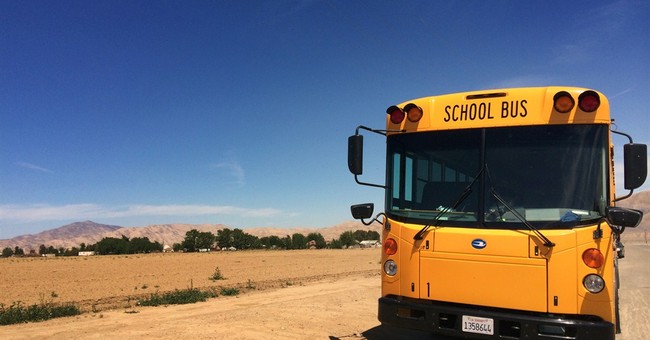 Editor's Note: This column was coauthored by Helen's husband, Mike.

What if we lived in a world with no iPhone or Samsung Galaxy, while Nokia is the only type of phone available? What if we lived in a world with no Coke, only Pepsi? What if there is only one TV channel and the only color we can paint our car is black? For many of us, it will be an undesirable place to live for because we are used to having plenty of choices. Having choices enables and empowers each one of us to decide how to live our lives the best way we see fit. Yet, when it comes to education, one of the most important issues in our lives, not only is there a surprising lack of choices, but there is also a strong resistance to providing students, parents, and teachers with any choices. A recent example is that the Colorado Supreme Court struck down Douglas County School District's voucher program. Unfortunately, the verdict reinforces a losing situation for education's most important constituent – the students.

Children go to school to learn, but they don't have the same learning capacity and learning style. For example, one of the authors has been working with a local high school mentoring program for high school students for over seven years. This program partners with our local public schools and take high performing students, who are on free or reduced lunch, and try to assist with essay writing, ACT prep, and college preparedness. One year, this program gave each of the fifty-some students in this program a test to determine their optimal learning styles. The majority of the students were visual learners. Another large group was aural. There were a few social learners, in addition to a few solitary learners. This program even had one young man who was a kinesthetic learner, meaning that he learned by moving.

Yet, current education strategy fails to address the diversity of learning styles among kids. Instead, it collects all of these students, based on where they live, and puts them in the same classrooms and teaches them the same way, expecting that each would reach their full educational potential. Far too often, this cookie cutter approach fails kids who don’t fit the norm. In no other industry do we accept this divergence of practice and expectation.

Over the years, a lot of money has been put into education. Today the U.S. spends on average $12,000 per pupil per year in K-12, one of the highest in the world. Yet, U.S. students scored only "average" according to the Program for International Student Assessment (PISA) report. According to a Cato Institute study, between 1970 and 2010, the total cost of a K through 12 education on a per pupil basis increased 188% after adjusting for inflation. Reading scores on the national NEAP test have increased less than 1% between 1970 and 2012. Math scores on the same exam increased 2%. High school graduation rates over this time period have increased from 75.9% in 1970 to only 77.7% in 2010. The cost-benefit around the current educational delivery system has failed. A private business with such dismal return on investment probably has gone out of business already. Before we fail even one more generation of students, we must reform the means by which we deliver education today.

Thankfully, a number of states and school districts are reforming education delivery in ways that should inform the future. The long-running Milwaukee Parental Choice program allows students who meet certain parental income requirements may attend any participating private school. The school, on behalf of the parent, receives a payment from the state. Arizona has a fascinating program where the parents of eligible students receive 90% of the student’s state education spending on a debit card which can then be used for approved educational purposes. In Colorado, Douglas County Public Schools allows the parent of every student to seek out the best learning environment, be it public, parochial, or charter school, with parents receiving 75% of the student’s cost of attendance. These are three of many programs around the country seeking to empower parents to find the best educational opportunities for their children.

The first and most important consideration in examining these programs is of course whether they work. According to the Friedman Foundation, twelve empirical studies have been conducted on the effect of school choice on students. Eleven of these studies found that student performance improved. One study found no impact. None found a negative impact.

Another measure of the effectiveness of school choice programs would be parental satisfaction. A study conducted by Jonathan Butcher and Jason Bedrick found that the year prior to the implementation of Education Savings Accounts (ESAs) in Arizona, 43% of families rated themselves Somewhat Satisfied or higher with their school. After the implementation of the ESAs, 100% of these same families rated themselves somewhat satisfied or higher.

Understandably, many people have concerns about using public money to fund a parochial education. In fact, the Colorado Supreme Court recently ruled against a number of reforms in Douglas County Public Schools with the reasoning that the possibility of public funds being used for religiously affiliated schools violated Colorado’s Blaine Amendment. Setting aside the bigoted history of states’ Blaine Amendments, there is significant case law indicating that none of the current choice programs violates constitutional principles. The 2002 case, Zelman v. Simmons-Harris established a five part “Private Choice Test” to determine if a policy violated the first amendment. Included in this test is that money must go directly to parents rather than schools and the policy must be neutral with respect to religion. In Colorado, in a 1982 case, the state Supreme Court rejected a Blaine Amendment challenge to Colorado’s higher education grant program, the Colorado Supreme Court noting that such scholarships aid students, not the schools they attend.

School choice not only benefits students and their parents, but also benefits good teachers. Every parent knows the teachers in their local school who are effective and those who are not. Many parents lobby their principals to make sure that their children are placed in the optimal classroom. A robust school choice program would take this phenomena writ large. Effective teachers would draw students from a wider geographic area, making them important assets for schools. Teachers would and should be paid accordingly, rather than on a formula based on certifications and seniority without regard to effectiveness. A real system of school would result in increasing the professionalization of the teaching profession and ensure that effective teachers are paid their worth.