When Taxes “Lien” Too Far 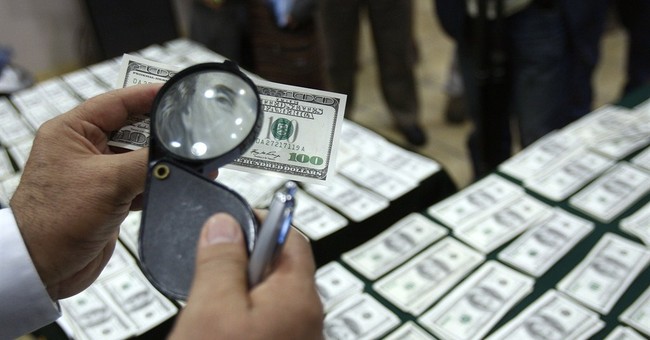 Daniel Webster famously observed that, “The power to tax is the power to destroy.” We often see arguments over taxes framed as conflicts between the compassionate and the miserly. If you care about the poor, we are told, you will support higher taxes to provide them with better services. Any cautions about taxation are often dismissed as selfishness, stinginess or even greed.

But who is really victimized when the power to tax is abused or mismanaged? The Washington Post recently ran a series of articles exposing years of extensive incompetence and abuse in the collection of property taxes which put thousands of Washington, DC residents into potential foreclosure for owing as little as $150 in back taxes. According to the Post:

Since 2007, the D.C. Office of Tax and Revenue put nearly 1,900 owners at risk of foreclosure by imposing liens on their properties and then erroneously selling them to investors at public auctions. The sales have stunned property owners across the city — many of them elderly and poor — who have scrambled to attend court hearings and plead with city officials to clear their names.

Many supposed tax debts were a result of errors on the part of the D.C. government: tax notices sent to incorrect addresses, payments credited to the wrong account, and so on. Yet the liens were imposed and sold to investors all the same. One investment company purchased dozens of liens from the D.C. government and then foreclosed on forty properties. These property owners supposedly owed a combined total of $107,000 in taxes, but the company was able to acquire the homes and sell them for $6 million. One 97 year old resident owed less than $1000 in taxes on her house of fifty years. Her home was foreclosed on and sold for nearly a quarter of a million dollars.

Years ago, tax lien auctions were small affairs aimed at getting buyers for vacant or abandoned properties. The rules vary from state to state, but typically the government sells the right to collect back taxes to an investor through either random assignment or a bidding process. That investor then attempts to collect the taxes and plus interest, and failing that, initiates foreclosure proceedings on the home. The state government gets its money right away, and the investor gets his money back plus interest, or a property for a bargain price. It was never intended as a mechanism for the powerful to prey on the poor.

During the mid-2000s, however, the sharp rise in housing prices attracted savvy and sometimes unscrupulous companies to tax-lien investing. These sophisticated real estate investors bought up dozens or sometimes hundreds of liens at a time. Depending on the structure of the auction used by a particular state, investors were sometimes able to “cheat” the system. In Washington, D.C., there is evidence that certain companies colluded behind the scenes to make the bidding process uncompetitive, agreeing ahead of time which properties each company would get. Then they began charging exorbitant interest—a $500 debt could become $5,000 in late payments and fees—and then pressing to foreclose on properties as quickly as possible.

Unsurprisingly, these abuses occurred most commonly in minority neighborhoods and among the elderly. Many elderly residents may own their homes outright, having inherited them or paid off their mortgages during their working years. However, in retirement the combination of a fixed income and rising property values can make property taxes difficult to manage. According the Post, a coalition of community advocates sent a letter to Mayor Vincent Gray and D.C. City Council members almost a year and a half ago, detailing the incompetence and abuse in the collection of property taxes. But it wasn’t until the cover story that the Mayor responded publicly, calling for emergency legislation to rectify the situation.

The use of government regulation that is supposedly for the common good to cheat the poor and vulnerable out of their hard earned possessions is hardly new. The 2005 Supreme Court decision Kelo vs. City of New London expanded eminent domain to allow the government to seize private property and give it to another private owner in the name of “economic development.” Among other things, this allowed for the seizure of Centennial Baptist Church—a small black church in Oklahoma—to make way for a new strip mall.

In an era where so many media outlets parrot doctrines of political correctness or focus on sensationalistic but ultimately unimportant stories, the Washington Post should be applauded for bringing attention to this terrible incompetence and abuse of power. Perhaps now that the sufferings of D.C. residents have come to light, those who see debates for tax reform as pleading for the wealthy and powerful will revise their views. The power to tax must be exercised with the utmost caution and with full accountability to the tax payers.