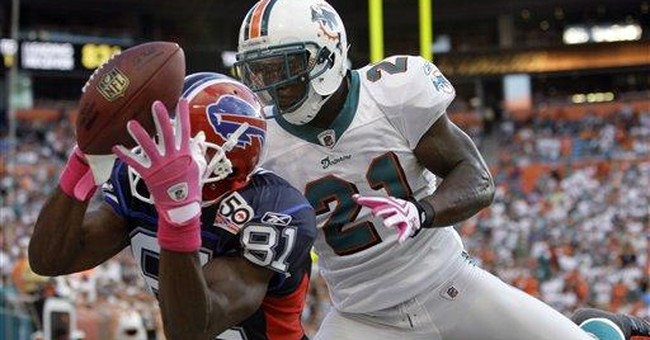 The New York Times recently featured an innovative MBA program at George Washington University. Not only was the course of study designed to enhance the professional business skills of its participants, it hoped to teach personal business and economics to people vulnerable to personal financial failure.

Who were they? Astute cultural analysts? Children of single-parent households? Convicted felons? People with learning disabilities? No, one of the groups targeted by GWU was retired professional athletes, especially those who played in the NFL. GWU understands something that numerous political ideologues do not: personal financial management skills must be acquired if personal or business wealth is to be sustained. In other words: “It’s one thing to make money, but it takes skill and training keep it.”

Why would the academics target athletes and other professionals with volatile incomes? The answer is simple - moving from boom to bust has landed scores of athletes and entertainers in the “poor house.” After watching this year’s Super Bowl, it’s especially hard for most Americans to say the word poverty in the same breath as professional football or award winning entertainment. Nonetheless the tension between potential, passion, and poverty is illustrative of America’s current national financial dilemma. The US is still the richest nation in the world, but we are in danger of squandering our blessed position of influence and our prosperity.

This fall both parties will advance their best approaches to producing jobs, helping the poor, and jump starting our faltering economy. Conservatives must translate their positions into practical language. We need to give the nation a fresh vision and a strategic game plan that will create an economic climate that is conducive to economic opportunity, but simultaneously we also need to encourage state and federal programs that help people learn self-control, maturity, and how to steward the money they have.

Please let me continue with the professional sports analogy for a few moments. Despite their exceptional cash flow; just two years after retirement, almost 80 percent of NFL players are bankrupt or facing serious financial problems. There are numerous examples we could dredge up in the NFL. Terrell Owens is the most recent one that comes to mind. The phenomenally-talented, wide receiver admitted to GQ this month that he is completely broke - despite making over 80 million dollars during his career. A secondary problem for people in this realm of life is short term thinking. They often do not complete their bachelor’s degrees, despite being awarded full scholarships to college. And when the paychecks stop coming, they don’t know what to do.

For those who saw the exceptional movie “Money Ball,” they will remember that the Oakland Athletics’ General Manager began his baseball career with a decision to give up a scholarship to the prestigious Stanford University and a college degree. Later in life, Billy Beane, regretted putting money ahead of his long term, career development. This decision was a major aspect of the movie. Fortunately, he learned how to make wiser decisions as he went through life and became a major strategic force in the entire industry.

In contrast, too many of us don’t take ownership of our bad decisions. Again Terrell Owens is a great example of the reason for national financial woes. In his GQ interview, he never took full responsibility for his situation. Instead he blamed his advisors and the four women with whom he fathered illegitimate children.

So how do we get out of this mess? I have discovered some answers as I look back at my own family’s history. Like many blacks, my grandfather rose out of post-slavery poverty without the aid of government “poverty programs.” With only a 2nd grade education, he led our family into several generations of prosperity. There were three crucial ingredients to our journey from poverty:

If you go far enough back in the ancestry of the overwhelming majority of successful blacks today, you will see many combinations of these three elements. Why?

Of course the military was one of the few organizations willing to hire and promote blacks in first half of the twentieth century. Secondly, starting one’s own business is always an avenue to wealth creation for individuals who don’t own land. Thirdly, education has been the great equalizer for many ethnic groups in our land. The difference between working your way up through the military ranks or building your own business versus playing in the NFL is that you learn vital skills on the journey. Military service and entrepreneurship teach leadership, responsibility, self-discipline and risk assessment, all of which are vital to protecting and growing wealth. In addition education gives a universal frame of reference for excellence and often opens multiple industry opportunities.

Real solutions are necessary for black economic recovery to occur. The highest unemployment rate in the nation is among blacks. Black men, are in dire need of additional help with primary school education, prison rehabilitation, retraining. Unfortunately, governmental solutions for poverty cannot provide the tangible support and accountability that family members and faith-based organizations can.

This year, conservatives with an urban agenda could bring real hope to all of our minority communities. Let’s make it happen!!!