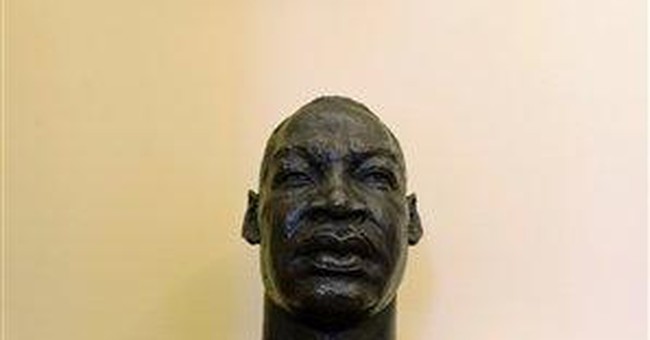 Transforming America’s racial and cultural dynamics is a lot like running a marathon. The only major differences are time and course. The grueling 26.2 miles of a marathon is run in just over two hours by world-class athletes, while the race toward King’s dream has already been over 50 years in the making. Although we have some sense of the finish line, the end of our course is not in sight. Further, it is hard to judge our progress. We are not sure whether we should count certain “firsts” as significant. Others believe that the depth of professional penetration by blacks, Hispanics, or other groups into various professional arenas is a more appropriate measure of entering a post-racial era.

For example, milestones like the number of black quarterbacks in the National Football League are informative, but how should it be compared to how many black CEOs lead Fortune 100 companies? In this regard, all of us seem prone to measure apples against oranges. My mother’s generation of 80-year olds simply beams with pride at the progress, while regretting the state of so many black youth and children. In her mind, the Bible verse that says, “What does it profit a man to gain the whole world and to lose his soul” is prominent.

Has black America come so close to the dream and annihilation at the same time? Are we on the verge of the ultimate success or the pursuing the ultimate illusion - by chasing the fool’s gold of hedonism? As an African American, I believe that some folks have run the race successfully (they have survived) but they are also in danger of being disqualified.

The most recent Pew Research polls on race are exceptionally encouraging. Most people see a “convergence” of both black and white values. More specifically the report reads as follows, “Seven-in-ten whites (70%) and six-in-ten blacks (60%) say that the values held by blacks and whites have become more similar in the past 10 years.” This is a little shocking given the fact that two years ago Pew Research studies had blacks themselves self-identifying as two different black communities - the under-privileged/under-achievers, and the aspiring, upwardly mobile blacks. This kind of conflicting self-identification was the source of conflict within schools for teenagers and young adults. Under -achievers would call motivated kids “white,” while promoting “the thug culture” and gangster rap music as authentically “black.”

The second most surprising aspect of the 2009 Pew Research analysis on race is that a majority of blacks (56%) feel as though the “standard of living gap” between whites and blacks has narrowed in the past decade. Since blacks feel that way, it is understandable that nearly two-thirds of whites (65%) also believe that the “standard of living gap” is lessening. Unfortunately, Pew pointed out that actual income numbers do not support the feel of progress that both races celebrated. In 2008, black household income was only 61.8 percent of white household income. This means for $1,000 of annual income white families make only $618 of income comes to black families.

Teamed with the optimism about the standard of living, an amazing attitudinal change has emerged among blacks about why they often don’t get ahead. The survey says that 15 years ago, most blacks would have said that race was the reason they did not get ahead. Yet gradually over time, black opinions have shifted to the concept that getting ahead in the US is mainly their own responsibility. In fact in 2009, a whooping 52% are no longer willing to make racial prejudice an excuse for black under-achievement.

Further, the one-drop test is no longer the method of determining the race of a person. This concept led to many mixed-race people having to hide their black ancestry, lest they get shut out of business and social opportunities. This entire generation sees a category called “mixed race.” Using President Obama as a model, researchers showed that 61% of Hispanics see him as mixed race versus 39% who see the president as black. Among whites, 53% say that he is mixed race, while only one out of four see him as black. Finally, even among blacks just 55% (a majority) see the president as black, while 34% see him as mixed race.

As we celebrate the birth of Dr. Martin Luther King, the question of objective measures of our social progress is especially poignant. I am concerned that blacks and other minorities may have reached an all time high in race relations but are in danger of losing the inner assets of character, faithfulness, and commitment to family, which have made them and their struggle so noble in the last generation.

I would hate to see blacks regress like they did right after the Reconstruction Period following the Civil War. You may remember this season in which there were numerous black elected officials and unprecedented achievement followed by hatred, lynchings, and eventually Jim Crow laws. No, I am not concerned about a white backlash against blacks. I am more concerned about black kids that think that the murder of Emmit Till is an unimaginable story … or others that feel that they are entitled to a living or respect and recognition. For these reasons, my mother, wife, and daughters have educated and trained themselves arduously to be educators. This is why we are upping our local church’s investment in daycare facilities, early childhood development, and parental involvement.

We must run this race with patience and a sense of honor, knowing that we are standing on the shoulders of giants. Eleven years ago I ran my first marathon. It was for charity and the proceeds of my fund raising went to HIV/AIDS research with the famed Whitman Walker Clinic. I loved the training, my workout partners, and the amazing opportunity to accomplish the athletic feat of a lifetime.

There was only one problem with this quest for significance. Even though I had raised the money in advance, I had to finish the race. During my first marathon, I reached the 18th mile or so and felt like I could not finish the rest of the race. This place in the race is called “the wall.” Just when I almost stopped and told myself the leg cramps and pain were not worth it, an injured friend who had been unable to run that race appeared on the sidelines. Just hearing his voice inspired me; I felt that I was running for him, too. I pushed past the pain, the cramps, and the lack of focus.

As we honor Dr. King on his holiday, we pray today for a new field of civil rights marathoners who will run their race with honor and courage.