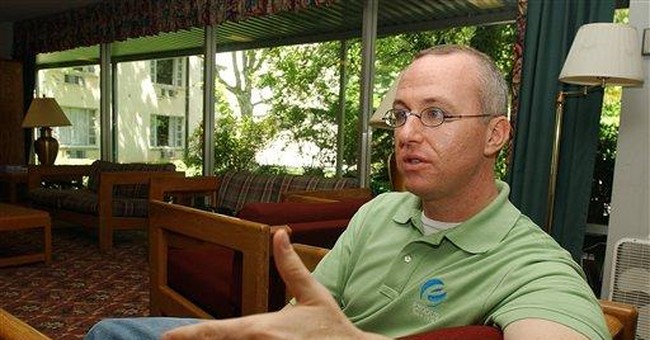 Recently the Obama administration filed court papers claiming a federal marriage law, called The Defense of Marriage Act (DOMA), discriminates against gays. This was surprising because at the same time government lawyers have been instructed to defend it. In fact, Department of Justice Department lawyers are seeking to dismiss a suit brought by a gay California couple challenging the 1996 Act. The administration's legal strategy so angered gay activists that they claimed the president is backtracking on campaign promises.

Last week as a response to the pressure from numerous gay groups, the administration flip-flopped, vowing to repeal DOMA. The administration’s assertions that it will aggressively support a campaign to repeal DOMA represent the worst of “politics as usual” decisions. Against the backdrop of record unemployment rates, recessionary trends in an out-of-control economy, and a raging healthcare debate; it’s hard to understand why DOMA is on the president’s radar screen. The administration seems to be unaware that radical gay marriage proponents have nowhere else to go - Independents and Republicans are not going to embrace the marriage redefinition issue. Advancing the agenda of gay marriage is only urgent if the President is watching the meteoric decline of his approval ratings. Even if it’s about popularity, he might find other issues to address, which involve less risk and affect tens of millions.

Let’s not forget that it was gay marriage that torpedoed John Kerry presidential bid. George W. Bush found an army of the faithful ready to join his camp because he affirmed the most basic building block of the culture. Further, in 30 cases in which the citizens have been allowed to vote on marriage protection, they voted against gay marriage and marriage redefinition. Looking at this important social issue from a management perspective, the administration should be given a grade of D in terms of messaging and strategic implementation.

If a savvy leader was attempting to make major sweeping change in a corporate setting, he would build a crackerjack team and move from easy wins to progressively more complex issues. Despite the administration’s fondness for history, strong strategic leadership needs to be part of their holiday reading list.

Marriage redefinition is not only wrong-headed, it is also being tackled in the wrong sequence. Unless the president’s advisors are telling him that he cannot do without the financial contributions of the gay community, fighting the DOMA battle makes no sense. Even if a person feels that gay marriage has no affect on heterosexual marriage or our culture, why stir up a hornet’s nest?

Many Christians have been shocked at how differently the administration is tackling sticky issues compared to the president’s campaign trail rhetoric. It seems contradictory for the president to have talked about being for civil union and against gay marriage, while supporting the destruction of DOMA, which affirms the very institution he hails so loudly. “What does he really believe?” is the perennial question that rises from the religious community across many denominational boundaries. In a letter, a small contingent of black leaders and I sent to the president earlier this summer, we penned the following statement:

“The danger for your administration would be that many of these people may write you off as being anti traditional Christianity and may decide to voice their displeasure at the ballot box. All of us have heard a growing discontentment with your social stances in all communities, even the black church world. Socially conservative faith groups like ours can either fan the flames of controversy or pour water on fires of discontent.” By taking the wrong side in the major issues of our day, the administration is actually irresponsibly gambling its popularity and credibility unnecessarily.

All of that being said, what are the consequences of repealing DOMA?

Secondly, if DOMA were repealed there would be litigation regarding the Full Faith and Credit issue around same-sex marriage. Although there are very strong arguments that the Full Faith and Credit clause of the United State’s Constitution does not force states to recognize the marriage licenses of other states, the average citizen does not understand this aspect of the law. There would certainly be a series of major legal battles in many states. Further, the traditional marriage movement has had very little success when elitist judges make their rulings in a sociological vacuum. The average person feels that “if I am married in Maryland, I should be able to cross the state line into Virginia and still enjoy all the privileges of marriage in the neighboring state.”

Americans should be interested in stabilizing both the economy and family foundations. We should also let the administration and our congressmen know that taking DOMA apart will simultaneously destroy their political fortunes. The 2010 elections need to be a severe time of reckoning, realignment, and re-adjustment. If our representatives do not defend DOMA now, we will defend marriage by our vote.