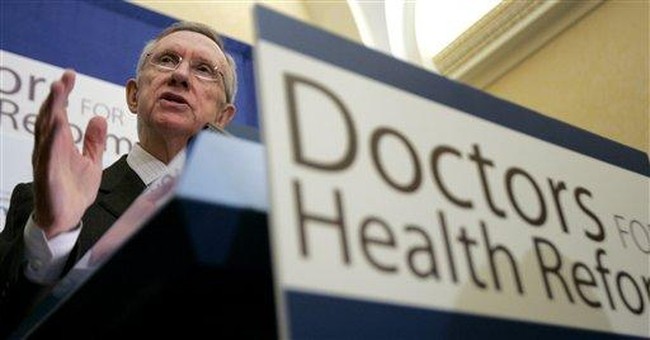 On August 20, 2005 my wife and I sat in the office of a world famous surgeon from Johns Hopkins Hospital. The Saturday appointment struck us as an unusual time to meet with such a prestigious doctor. The hospital was like a ghost town – darkened hallways, empty offices and a skeletal staff poised at the main entrances for security. To our surprise, there were several families going in and out of the doctor’s office. He appeared without the traditional entourage of receptionists and assistants. Chipper and buoyant, the doctor greeted us with a glow and a smile.

Despite his cheerful demeanor, he delivered a very intimidating message – a 15 percent chance of surviving esophageal cancer - if they followed the traditional approach to treatment. After that initial prognosis, we had a constant tug of war between my family and the insurance company. The insurance company dictated the location of my tests and their costs. This did not seem overbearing until my first chemo treatments were called “experimental” and nearly $10,000 of expenses were racked up in less than two weeks by various additional, preliminary procedures.

It seemed to us that during the first month of my treatment, more hours were spent working on the nuances of the insurance puzzle than the actually treating me. My problem was that postponement or denial of treatment meant possible death. I, like thousands of others, could not have survived a six-month delay of the special care Hopkins offered. In fact, if I had been treated at a different local hospital, I would probably not be writing this article. I would not have died from cancer, expiring because of a lack of timely medical attention.

Hopkins eventually assigned a team of five doctors to manage my case because of the danger and the complications that ensued. The rationed health care approach of a government funded health care system would have undoubtedly blocked my last chance for survival. I cannot help but feel concern for the thousands of others who will be caught in the same position in the decades ahead.

Today, I am cancer free and am expecting to live a long and meaningful life. The cost of this new lease on life was approximately $100,000 of unexpected personal costs beyond traditional medical costs. The out-of-pocket costs for special food, clothing and preventive health treatments were huge. These numbers also don’t begin to reflect the loss of both opportunity and income that the disease inflicted upon my family. The perfect health care system for me would give both patients and physicians great latitude of treatment.

After reading my story, you will understand my passion about health care. Therefore, I felt compelled to participate in a Webcast last week sponsored by Family Research Council, the American Family Association, and other leading pro-family organizations. The participants voiced their concerns about the administration’s healthcare plan - laying out very specific aspects of the plan that would not be in the best interests of most Americans. For me, the fact that many more Americans will be denied services along with government funding of abortion makes the proposed plans immoral and impractical.

The funding of abortion with tax dollars is a moral concern, which should incite pastors and spiritual leaders around the world. Current proposals would require US taxpayers to fund, mandate or subsidize coverage for various health care services - including abortion on demand. As an employer of over 60 people, I face the real possibility of having to use tithes and offerings to pay for abortions. This is a moral quagmire for pro-life believers.

If you and I do not demand Congress to remove abortion coverage from the legislation this year, abortionists will win a huge cash infusion of millions of tax dollars to fuel their activities. If unchallenged, the current legislation will fulfill a little known campaign promised by President Obama. During a conference call on July 7, 2008 with a national group of Planned Parenthood Action Fund members, candidate Obama made a startling pronouncement. He said, “As president I'll make sure women have access to affordable health care, including affordable reproductive services. I thank you for your endorsement and your leadership” (emphasis added).

Despite the efforts of the administration to fast track a comprehensive health care plan, many Americans are growing skeptical of both the plan and the process. Interestingly, anti-abortion sentiment is growing among Americans. A Zogby International poll of 2004 showed 74 percent of Americans oppose using tax funds for abortion. The same company conducted another poll in late November of 2008 which asked if the participants would agree with “a bill that would force many employers to provide health insurance to their employees” that would “require insurance plans to pay for abortions.” Zogby reports that 71 percent were against such a plan.

Finally, a new Gallup Poll conducted in May 2009 found 51 percent of Americans calling themselves “pro-life” on the issue of abortion and 42 percent “pro-choice.” This is the first time a majority of US adults have identified themselves as pro-life since Gallup began asking this question in 1995. If the health care reform does not specifically exclude abortion, then at least 51 percent of Americans who identify with being pro-life will be forced to fund a procedure they are against.

This August let your congressmen and senators know that you do not support the administration’s current approach to health care. E-mail or call your elected officials early this month. We all agree that reforms are needed to the system. I am convinced though that the system we choose must heal two entities - the physicians and patients. Somehow that miracle needs to happen without the government or insurance companies taking us to the cleaners.