Has Rodney King Moved to Cambridge? 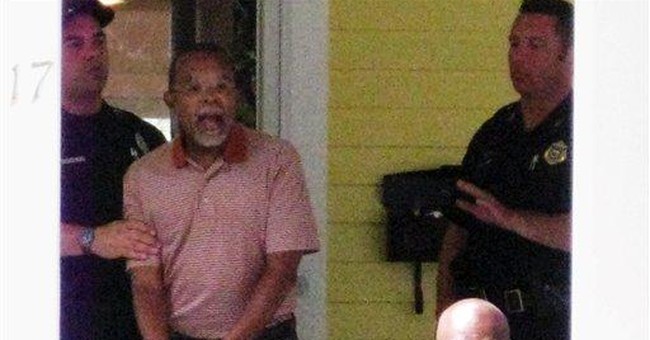 It is amazing that biggest news story for nearly 10 days has been the arrest of a Harvard professor for disorderly conduct at his own house in Cambridge. Overshadowing the health care debate, national security and every other national concern - the story simply will not go away. It’s got all the elements of a “good television drama,” except there’s no sex or violence.

Why so much attention for such a mundane issue? The president’s involvement is obviously the chief element that has fueled the controversy. The fact that the president’s remarks showed a lack of judgment allowed his enemies to begin to circle like sharks. There is no question that partisan politics of our day loves the smell of blood in the water.

The president has deftly attempted to mitigate his personal blunder by a series of ingenious steps that will probably muffle the sound of the personal controversy of policeman-versus-professor at the center of the storm. Having the parties meet this month for a beer at the White House will rectify the president’s problems.

But there are other factors at work in this story that make it interesting to Americans. Think about it this way - by the time of the August meeting with the president, this story will have risen above the notoriety of the Rodney King arrest in LA.

For me, the Gates story has served as a sociological diagnostic tool. Like an X-ray, it has revealed problems that exist beneath the surface. More specifically, it demonstrates that the issues of race and class are still hot topics in the nation. Before I share my assessment of what we can learn from this problem and a prescription to help heal us with our preoccupation with race and class, let me enumerate the other lessons we should have learned from this real life drama.

First of all, it is obvious that the president overstepped his boundaries in calling the Cambridge policeman “stupid.” As the leader of all the people, he should not have become so partisan or emotionally involved with his comments about his friend, Dr. Gates. Secondly, it is also obvious that the Cambridge police sergeant, a racial profiling trainer, overacted in his response to the world famous professor. There is somehow another subtle overstepping of appropriate boundaries, when a professor is arrested in front of his own house. Thirdly, as I looked at the police report, I could not help but think that the professor spoke in a very haughty, condescending manner to the police officer. Ironically, the professor’s hubris may well have been worse than any racial stereotype that he felt the officer had invoked.

As a Harvard Business School graduate with a daughter that has just finished two degrees at Harvard’s School of Education, I would be the first to say that there is a long history of both race and class problems in Boston. I remember hearing of a black student in the late 70s who was savagely beaten and thrown on a subway train that took him back into a “black” part of town. He had committed the unpardonable sin of missing his subway stop and riding into “white” South Boston.

In addition, there is a definitive “us-versus-them” feeling concerning Harvard in Cambridge and the surrounding area. The institution is either loved or hated. It is a class issue. The nation has most recently seen this type of prejudice in the case of the Duke Lacrosse players, who were accused of rape.

As we identify our problems, I trust that we will move beyond merely talking about some of our key social dysfunctions. Don’t get me wrong - talk can be a great first step to personal transformation. None of us will ever understand others unless we learn to listen and empathize. Without a dialogue that raises awareness, many of us will stay trapped in a thought world based on stereotypes and assumptions.

All of us have our own racial and class histories, yet we can learn much by listening to others. For example, an elder in my church, who happens to be white, had his brother murdered in the seventies by a drive by shooter. The shooter was a black man who just wanted to “shoot someone white.” The murder caused my friend’s dad to stumble into the abyss of racial hatred and grief for twenty years until he died of cancer. The incident scarred the psyche of their entire family and all of there friends. Too often racial problems are expressed in a one sided manner - painting blacks and other minorities as the only legitimate victims of the problem. Whites often feel wrongly accused, while repeatedly blacks feel justified in harboring unforgiveness and bitterness.

Today my church elder and his wife have adopted and are raising several black children. His family is a model of Christian love and racial reconciliation. In talking with him, I can believe that Martin Luther King’s vision for America will actually come to pass some day. This gentleman has taught many men how to lead their families and support their wives and children. A dialogue with this church elder and successful businessman would help many people start down the path to personal transformation and community change.

The deceptive aspect of simply talking about race and class problems can become a cheap substitute for substantive action. For many of us, it takes so much energy to address our feelings and articulate them that we forget that this is just the beginning of a process. I am hoping that, as a nation, we will complete the process that dialogue and discussion begin - and embrace personal development. Truthful, transparent interaction can bring a fresh commitment to living up to our ideals and challenging the status quo. Let’s be those people who follow through!