Evangelicals: The Time is Now! 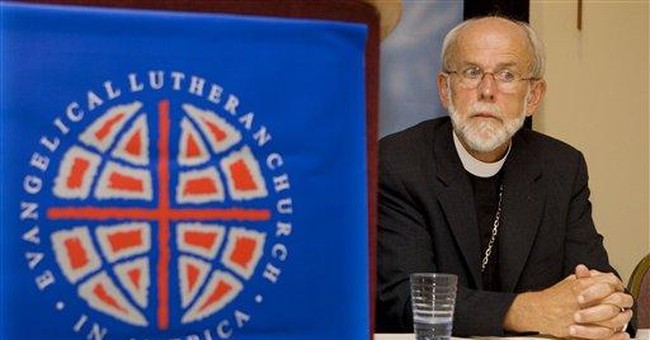 During the last few weeks, there has been much discussion about the future of the evangelical movement and its impact on the American culture. For years, prophets of doom have been busy telling the world that the evangelical movement is dead or dying. This year as President Obama’s administration has shifted the nation’s stance on embryonic stem cell research and abortion, many in the faith community have justifiably become concerned. Further, RNC Chairman Steele’s decision to lower his personal and his party’s vocalization of socially conservative issues, such as protecting the life of the unborn and preservation of tradition marriage, has left many evangelicals feeling abandoned by both parties.

What’s next for evangelicals? It seems to me that evangelicals are on the verge of finding their collective voice in a very new way. In the future evangelicals will seek to be more of a swing vote, placing pressure on both parties to advance a theologically conservative and fiscally conservative agenda. They will base these stances on a combination of biblical orthodoxy and common sense. The conservative movement would do well to attempt to re-build bridges behind the scenes with mature and developing evangelical leadership - especially in minority communities.

Several groups are attempting to give their answers to this question. One man, Michael Spencer, who calls himself “the internet monk,” went so far as to say that a major collapse of evangelical Christianity is coming within ten years. He predicts that evangelicals will do the following:

1. Continue to confuse the true gospel with the culture war.
2. Lose the ability to pass on the importance of the faith and “a vital evangelical confidence” in the Bible to our children.
3. Lose financial strength.
4. Falter in aggressive evangelism.

While I disagree with Mr. Spencer for reasons I will outline at the end of this essay, I believe that his negativism is based on his personal disappointment with the last generation’s evangelical leadership. He has judged the so called religious right as being part of a massive attempt to drag the Church off its mission. The truth is that the evangelical church must desperately embrace both the biblical evangelical and biblical prophetic role of the Church. We cannot afford to think that there is an either/or choice in terms of cultural engagement and evangelism.

Interestingly, as the nation has been asking itself questions about how faith fits into the culture, Trinity University completed a survey of over 54,000 persons. The study shows that entire religious landscape in the nation is changing - not just the evangelical corner. Our national commitment to faith in general is waning. The study shows that approximately 15 percent of our fellow citizens claim no religion at all. This is almost double the 8 percent level recorded in 1990 by the American Religious Identification Survey. These numbers imply that one of the reasons the debate around religious issues is changing has to do with the fact that fewer people are religiously observant. Currently only 76 percent of the nation claims Christianity vs. 86 percent in 1990.

The surprising study shows that Catholics remains the largest church; 57 million people claim membership. Mainline Protestants including Methodists, Lutherans and Episcopalians, have experienced the greatest overall loss. Evangelicals would argue that these numbers show that church groups which do not preach the scriptures faithfully will fail. Further, denominations like these and the United Church of Christ (the famed home of Dr. Jeremiah Wright) may be in danger of preaching such a watered down version of the gospel that they cannot reproduce themselves. In other words, strong biblical messages produce a depth of faith in congregational members that cannot be shaken.

Mainline denominations and those with liberal theological stances often choose today’s temporary “blessing” of cultural relevance, while losing the stability that biblical faithfulness brings. To give this point clarity, the churches that have chosen to embrace same sex marriage, abortion, and other unscriptural, public policy positions are dying.

The Trinity study had several additional surprises in it. The first fact that caught many cultural students off guard was the shift from the Pacific Northwest to New England as the most un-churched region of the nation. This regional shift may reflect the Northeast to the Southwest population shift among Roman Catholics. Importantly, Catholics grew to approximately one-third of the adult population in California and Texas. Some believe that this geographic change is due to Latino immigration.

Next, the number of observant Jews dropped to 1.2 percent; while Muslims grew to 0.6 percent of our population. The growth in Islam is surprising given the bad press fundamental Islam has received along with the proven rise of religiously based terrorism around the world.

Finally, Christians who aren't Catholic seem to be a declining segment of the population. Let me explain. Evangelical church attendance is dropping at a very slow rate. Evangelicals have to do some major house cleaning in order to remain a thriving force in the world today. Currently, however, the evangelical brand remains strong. Unfortunately, non-evangelical, non-Catholics seem to be facing congregational extinction.

In conclusion, let me remind every evangelical that there is a need for the 21st century church to preach the word. The apostle Paul said it this way in 2 Timothy 4:2-3 “…be prepared in season and out of season; correct, rebuke and encourage — with great patience and careful instruction. For the time will come when men will not put up with sound doctrine. Instead, to suit their own desires, they will gather around them a great number of teachers to say what their itching ears want to hear” (NIV).

If we are faithful to the Word of God, God will be faithful to the nation! Let’s take on the mental posture of spiritual marines. Let’s shout we our loudest voice, “Semper Fi!” – “Always Faithful!”