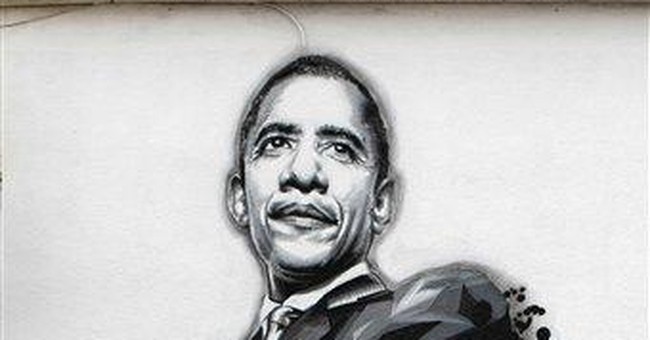 In 2000, the Democratic Party failed to understand that they no longer had a clear message and they had lost touch with their constituency. Many licked their wounds and rationalized that the election had been stolen from them by cunning conservatives and the well–oiled GOP machine. It was not until their embarrassing defeat in 2004 that they realized that a “by any means necessary” approach to winning national elections was the way to go. The Democratic Party was in danger of becoming a small regional party instead of the national power it once had been.

It was in early 2005 that the Democratic Party made a decision to strengthen their connection with minorities (blacks and Hispanics), feminists, unions, and the blue-collar community. In addition, they decided to court the faith community, environmentalists, and gays with new vigor. In addition to the party reaching out to targeted constituencies, they took chances on many candidates who looked more like moderate Republicans than their candidates of a decade ago. Pro-life Democrats and people who speak openly about their faith are among the “new candidates” that have turned the party’s fortunes around. While no banners were flown in 2005, the fruit of that decision will place Barack Obama in the White House early next year.

The GOP can do the same if the will to win is strong enough. The McCain/Palin defeat was agonizingly painful for many conservatives. It would be easy to say that the economy made a McCain presidency unrealistic, or that a Democratic victory was inevitable.

Others would like to accuse President-Elect Obama of stealing the election with flowery words and “un-American” trickery. These folks have also taken the art of conspiracy theory rhetoric to a new level. Before this election, I thought that African Americans were the most conspiracy prone group in the nation. My new conviction is that in some circles, conservatives have cornered the market on both paranoia and negativism.

At the end of the day, America chose to accept the change offered by the Obama/Biden ticket instead the McCain/Palin alternative. As we rapidly approach the January inauguration, all campaign promises already seem like a distant echo from the past. The economy is in a shambles and a successful way forward is anything but clear. Fiscal conservatives feel blamed, stereotyped, and ignored. The “failed economic policies” of the Bush administration became the ultimate bad guy in the election. Ironically, as a new administration gears up those “failed policies” seem more difficult to define and will be even harder to correct. Most Americans are uncertain as to how do we protect our standard of living and the future economic security of the nation.

Similarly, social conservatives feel marginalized as their hard fought ballot victories that offered protection of marriage and family are contested by lawyers, legislators, and courts. The feeling of victory that many felt after Proposition 8 passed in California, reversing the legalization of gay marriage by a rogue supreme court; was soon taken away as law suits, protests, and threats erupted in California. Finally, national security conservatives wonder whether their concerns about Iraq, Iran, and terrorism will go unheeded.

At this moment in history it would be easy for conservatives to blame everyone else for our defeat. Anger and rejection will cause some to just wait for the other side to make a mistake. A better approach to take is a posture of positive engagement. But where do we begin? Our help may not be wanted right now, but America cannot climb out of the pit we are in on so many fronts without a large majority of people engaged and involved in the solution. This kind of engagement starts with a qualified post mortem. We conservatives must take ownership of our defeat. Unfortunately, the following words of Shakespeare are most appropriate “The fault, dear Brutus, lies not in our stars, but in us …”

Next year can mark the beginning of a new era of conservative activism. We must acknowledge that we have lost touch with the masses. The average person sees us as doctrinaire, mean-spirited, and hypocritical. In essence we have to return to walking the walk and strengthen our core values. This has to be done while sharpening our message and explaining our methods. The black and Hispanic vote for marriage amendments around the country, despite their overwhelming support for Barack Obama, demonstrates that there is hope for conservatives to make huge inroads into minority communities. A new breed of minority voter is emerging that can be reached with the right message.

Political cycles are inevitable, but urgent action must be taken right now. Leadership guru John Kotter makes a powerful statement in his new book A Sense of Urgency. He says, “When the urgency challenge is not handled well, even very capable and resource-rich organizations can suffer greatly. When the challenge is handled well, even those who face formidable obstacles can produce results we all want for our careers, employers, and nations.” We conservatives must re-invent and re-package ourselves. This must be done immediately. An integral part of this re-inventing must be recruiting a new field of younger non-traditional candidates rich with women, blacks, and Hispanics. Now it is our turn to create “change you can believe in.”