Does Donald Trump Really Know Anything About Healthcare? 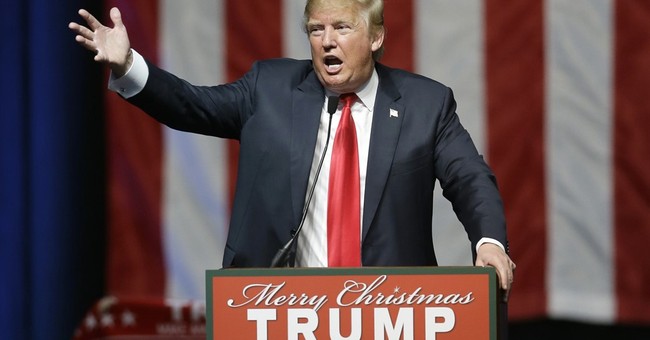 The 2016 Presidential race has been a combination of fascinating, implausible, unpredictable, and sometimes troubling. Never far from any of this is Donald Trump, who has dominated the election news cycle and who has evoked an opinion from anyone who is paying attention to politics. The more outrageous and seemingly polarizing his comments are, the greater his popularity grows. Until now, he has not taken a position on healthcare, but when asked about it recently by Scott Pelley on CBS’ 60 Minutes, his responses were more consistent with those of Hilary Clinton and Barack Obama, than those of the GOP.

“Obamacare’s going to be repealed and replaced. Obamacare is a disaster”, said Trump. But when Pelley sought specifics from him, not only did his knowledge deficit in this area stand out, but his Conservative bonafides needed re-examination.

Trump explained that “everybody’s got to be covered”, and with him as President, “ everybody’s going to be taken care of much better than they’re taken care of now.” When Pelley pointed out that he was describing a universal healthcare plan and asked who would pay for it, Trump stated “the government’s gonna pay for it. But we’re going to save so much money on the other side. But for the most, it’s going to be a private plan and people are going to be able to go out and negotiate great plans with lots of different competition with lots of competitors with great companies and they can have their doctors, they can have plans, they can have everything”. and he would “make a deal with existing hospitals to take care” of uninsured Americans.

Mr. Trump has often commented on healthcare in the context of Obamacare. As a purchaser of healthcare for his thousands of employees, he should be familiar with the escalating costs and new compliance issues inherent with Obamacare. But healthcare is a very complex and nuanced subject, which requires information and expertise that cannot be acquired by simply watching the television news, which he has said on more than one occasion is his primary source for information in formulating his views on domestic and foreign policy.

It is simplistic to say that everyone should be taken care of. Trump relies on the same populist strategy that Bernie Sanders or Hillary Clinton employs. Their target is the heart of the voter, making their case exclusively on emotional terms. The Democrats are at least honest in that they do not hide their desire to put the government in charge of everyone’s needs, starting with healthcare.

It is possible to have a Conservative position when it comes to healthcare and appeal to both the heart and the mind, as Arthur Brooks so ably pointed out in his recent book The Conservative Heart. It is easy to say that you will provide everything for people, but it does them a disservice when you fail to explain that there are trade offs for this “bargain”. When there is a government run, universal healthcare program, choices will be limited, care will be inferior, and it will ultimately cost people more money in the form of higher taxes. “If you think that healthcare is expensive now, wait to see what it costs when it’s free” said PJ O’Rourke.

As a multi-billionaire who has “built one of the greatest companies in the world” in Trump’s oft repeated own self promotion, and as someone who has relied on the free market in doing so, his lack of faith in free market solutions as a remedy for the soaring healthcare costs that Obamacare fueled and his failure to articulate this message is troublesome. He either is intentionally trying to tap into the anger that the electorate harbors regarding escalating healthcare costs attributable to Obamacare and is betting that the majority of the electorate are uninformed and willing to embrace this alternative. Or he is just as ignorant regarding healthcare and fails to understand how this plan brings to completion what President Obama started- getting us to a single payer system.

Healthcare has dropped out of the news cycle, replaced by terrorism, national security and student takeovers of college campuses. It does not mean though that this issue is settled and behind us- far from it. There will be an opportunity hopefully, to undo mistakes made by this administration regarding healthcare, and put us on better footing. This will require a candidate willing to take the time to understand the issues and who will be secure in recognizing what needs to be learned and what must be done to pull healthcare out of the abyss that it is heading toward on its current path. It would appear that Donald Trump would pave that road with a six-lane highway.