Is There Room On the Anti Obamacare Bandwagon For Fleeing Democrats? 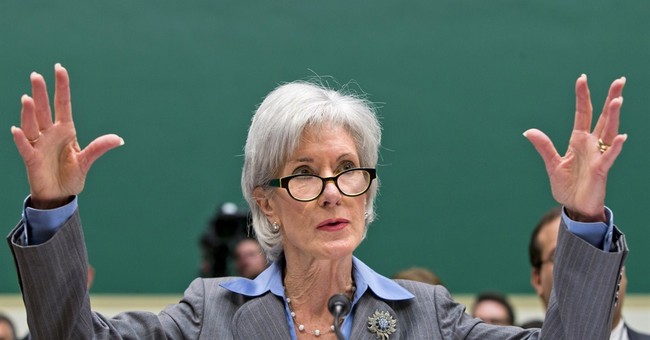 Several weeks ago, as the country was facing a government shutdown and a debt ceiling crisis was looming, Republicans in both houses of the Congress called for a one year delay of the Obamacare individual mandate. They were branded as jihadists and domestic terrorists for taking this stance.

All has changed just a few weeks later as the Obamacare website, healthcare.gov crashed and burned, resulting in a catastrophic rollout of the Administration’s signature legislation. Now that the curtain has been pulled back and we see the disaster concealed behind it, Democrats in Congress are running for the lifeboats. Sensing that their association with Obamacare will be a political liability in their bids for re-election in 2014, a number of Senate Democrats are now interested in distancing themselves by suggesting a delay of the individual mandate. These positions are specious and transparent. The questions are whether the public will buy it and whether the GOP should grant them seats on the lifeboats.

Obamacare was a train wreck from the moment it passed. Sen. Max Baucus said as much and was so convinced of it, that he didn't want to stay around to see what happened. He headed for the exit and won’t run for re-election. The law is weighted down with provisions that benefit special interests at the expense of the American people. We are just beginning to see the results of this in the form of higher health insurance premiums, less doctor choice, and workforce reduction and jobs with fewer hours attached to them. Some of the more egregious and unworkable parts of the original law have been thrown out with very little fanfare. There was initially a provision in the ACA that all business transactions were required to have a 1099 reporting feature attached to them. There was a provision for long term care for all Americans- the CLASS act- another entitlement program. Both of these are gone because everyone realized that these were unworkable. Soon most people will realize that the entire law is unworkable.

The Democrats cling to their vision that government controlled healthcare is a good thing, but that Obamacare still has some “warts” that need removal. The 2.4% medical device tax is one of those blemishes that needs elimination and there is bipartisan support to do so. The same with the IPAB, the Independent Payment Advisory Board, whose sole raison d'etre is to reduce Medicare spending by cutting reimbursement for physician services. What needs to be critically considered is whether expunging the worst remaining parts of a bad law is sufficient, or should the fight be geared to ridding our country of this albatross of a law, as it drags down our healthcare system and the country with it?

The GOP made a grave miscalculation during the 2012 Presidential campaign. They abandoned the successful issue of healthcare and Obamacare; an issue which was the central theme of the 2010 midterm elections and which resulted in the largest GOP sweep around the country at all levels of government, in US history.

These errors cannot be repeated. There is an opportunity to take back the Senate- the first step necessary to put healthcare back on the right course. There are 5 Senate Democrats who are trying to get onto the bandwagon- Kay Hagan (NC), Jeanne Shaheen (NH), Mark Begich (AK), Mark Pryor (AR), and Mary Landrieu (LA). They are calling for a one year delay in the individual mandate. They sense public ire and are trying to protect and distance themselves from this disaster. The only problem is that they collectively are the reason why we have this mess. They voted for it without reading the bill. They didn't know what was in it. Now, they don't want any part of it. They voted to exempt themselves from it and now they pretend to dislike the law and promise to make changes to it as if they were innocent bystanders.

There are 4 Democratic Senators who are retiring, three of whose seats are projected to change from D to R- Max Baucus (MT), Jay Rockefeller (WV) and Tim Johnson (SD). Tom Harkin (IA) is the 4th retiring Democratic senator and depending how the healthcare issue goes, this may be vulnerable seat. There are 2 Senators in purple states running for re-election: Mark Udall (CO) and Carl Levin (MI). The point is that there are 9 Democrats defending their Senate seats who have a lot to account for with regard to their support of Obamacare up until now. If the GOP is smart (which is a debatable point), they will hire the best strategy team in the country and the best PR firm and remind America every day who is responsible for Obamacare and why they do not deserve another chance to get things wrong. They do not get to jump on the bandwagon now. There are no more seats left in the lifeboat for them.

Hal Scherz is the President & Founder of Docs4PatientCare. He is a full time pediatric urologist at Children’s Hospital of Atlanta and a clinical associate professor of urology at Emory University.