Explaining the Polanski Controversy to a Thirteen-Year-Old 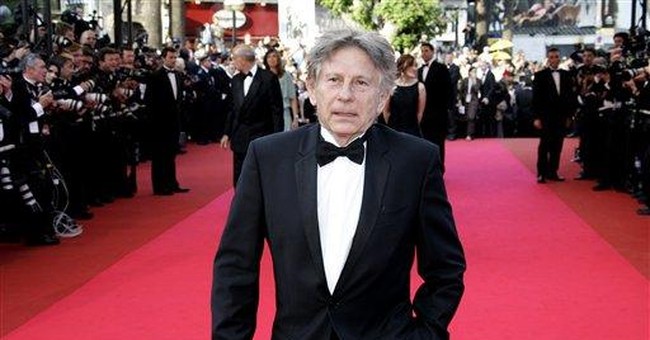 AUTHOR’S NOTE: There’s someone important in my life who will turn thirteen within the next year.  The furor over Roman Polanski’s arrest for the decades-old sexual assault of a thirteen-year-old girl triggered an unsettling thought: How would I explain this “controversy” to an innocent young person who might be confused why anyone would be defending Polanski—let alone Hollywood celebrities and foreign dignitaries?   This is my imperfect attempt.

You’ve made it: You’re finally a teenager. Right now, you’re probably texting your friends about what to do this weekend. You can’t wait to get your braces off. You get annoyed when your parents freak out about what you’re up to, or the type of music on your iPod. You’re anxious about the impending onset of high school, but you act unfazed. You’re keenly aware of the changes your body is experiencing, and may be worried about what other kids think of you. Don’t worry; they’re just as self-conscious as you are. Maybe you’ve just had your first kiss. Perhaps you’re considering getting involved in your church youth group, or trying out for the softball team, or seeking out the perfect gift for your best friend’s upcoming Bat Mitzvah. Thirteen can be a tough age sometimes. You don’t really feel like a little kid anymore, but you’re still three years away from being able to drive and can’t yet make big decisions for yourself. It’s a year of major transition, occasional awkwardness, and a bunch of social concerns that may feel all-consuming right now. These, too, shall pass.

If you follow the news—which is probably a good habit to start forming—you may have heard about a controversy that’s getting a lot of attention in both the political and pop culture media. A film director named Roman Polanski has been arrested overseas for a crime he committed more than 30 years ago. Adults on television are arguing over whether or not this man, who’s now about the same age as your grandparents, should go to prison for a crime he committed way back then. What did he do, and why does it matter? The details aren’t pleasant. You may want to ask your parents if they think it’s appropriate for you to continue reading about this. If they say it’s okay, I’d invite you to consider the facts below.

In 1977, the 44-year-old Polanski invited a girl named Samantha to pose for some photos to be published in a famous magazine. She was your age. Thirteen. After she arrived, he forced Samantha to drink alcohol, then drugged her with powerful medication. She repeatedly asked him to stop. She said “no.” Over and over, she said “no.” Undeterred, he proceeded to violate her sexually. Some of the things he did to her are so grotesque, they are not appropriate to recount in this column. It was all illegal, and all unwelcome.

Polanski was arrested and charged with multiple crimes, including statutory rape. Admitting what he had done, he worked out a deal with the government’s lawyers and pled guilty to a less severe crime. Fearing that the judge might still send him to prison for a long sentence, Polanski decided to leave the country. He chose to become a fugitive. For the last 30 years, he’s lived overseas, living very comfortably and making movies. He’s traveled only to those nations that wouldn’t be likely to re-arrest him and send him back to the United States to face the punishment from which he fled decades ago.

In the last few days, however, Polanksi flew to Switzerland for a film festival in Zurich. Police were waiting. They arrested him, and now our government is working out the details to get him extradited—sent back—to the US to finally face justice for the crimes he himself admits to perpetrating. That seems fair, doesn’t it? Well, some people are very upset that he was arrested, and are demanding that authorities to let him go. Why?

Many of them are his colleagues from the movie industry. They admire his professional work as a director and they don’t want to see their friend punished for a 30-year-old crime. You can understand not wanting to see a friend of yours in trouble with the law, right? Who wants to see their friends imprisoned? But the fact that his friends support him does not erase what he did. He broke the law and ran away when he got caught. That’s illegal, and it’s unfair to everyone who’s ever had to go to jail for their deeds. Not everyone is a rich and famous Hollywood icon with the wealth and influence to hop on a plane and escape from the law. One of the best things about this country is the basic principle that everyone is equal under the law. If you violate that law, you will suffer the consequences—whether you’re a homeless person or a celebrity. Just because you have famous friends and you make popular movies for a living doesn’t exempt you from the rules that govern all of us.

Other defenders say that the crime happened a long time ago, so it would be silly to throw an old man behind bars. They’re right in some respects. The rape of young Samantha took place about twenty years before you were even born. Ask yourself this question, though: Just because he did it a long time ago, does that mean that he’s no longer guilty? By overlooking his crime and subsequent flight from the law, the US government would be sending a very scary message to other potential sexual abusers. It would be like telling bad guys that if they commit a serious crime, all they’d need to do to avoid punishment is run away from the police and the courts for a long time. That’s unfair, illegal, and wrong.

Some additional Polanski apologists argue that Samantha—who’s now a grown woman—has since forgiven him for what he did to her. It’s true that Polanski’s victim has publicly stated that she’s made peace with what happened to her, she’s forgiven him for the his crimes, and that she’s not interested in seeing him punished anymore. This says a lot about Samantha. She’s a strong woman with a compassionate heart who’s managed to overcome the trauma of childhood sexual abuse. Legally, though, a victim’s forgiveness alone cannot prevent someone from going to prison. When someone breaks the law, they’re actually violating the laws of a state. In other words, it’s the government who prosecutes criminals for breaking the law. If you shot and killed someone, the government would put you on trial for murder, even if the other person said that he forgave you as he died. The act of murder is what’s illegal, so it doesn’t matter (at least in the court system) what the victim thinks about the person who committed the crime. Forgiveness is a beautiful virtue, but the law still needs to be applied fairly for a society to run properly.

Finally, some of the people who want to see Polanski freed allege that the judge in the case broke some rules, too. Or that the crime Polanski committed didn’t really rise to the level of “true” rape. The accusations about the judge have never been proven, but Polanksi and his lawyers would be allowed to investigate and make their case in court—if he ever comes back to the US. Again, what would happen if every criminal who felt unfairly treated just left the country? The world would be a dangerous place, wouldn’t it?

Getting into the details of what “counts” as rape isn’t really my area of expertise, and shouldn’t be something that you need to worry about at your age. Just think of it this way: If an adult who was your parents’ age forced you to take powerful pills and then touched you and did sexual things to your body even after you asked him to stop many times, would that be morally wrong? The obvious answer is yes. It was wrong in 1977, it is wrong in 2009, and that’s why it remains illegal.

It doesn’t seem like too long ago that I was 13 years old myself. I remember what it was like. I’m glad that I didn’t have to spend very much time thinking about crimes and trials, but I was glad that I lived in a country where the overwhelming majority of people wanted to protect me from being the victim of a terrible crime—and that those wishes were reflected in the laws that kept me safe. I’d bet you’re grateful for that, too. Now that I’m an adult, I’m going to do everything I can do to make sure that those common-sense laws still protect you just like they protected me. I’ll fight to make sure that anyone who breaks those laws is held responsible for their own actions and decisions. I hope you’ll do the same thing on behalf of future generations of 13-year-old kids when you grow up.